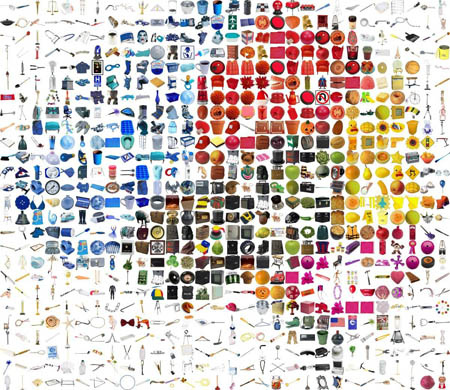 Is it possible that when your teachers and parents forced you to go to museums, they were actually doing something good for you?

Author and art historian Jonathan Fineberg says they were. In fact, he argues that looking at visual images can supercharge your brain’s creativity.

Mr. Fineberg, who is well-known in the art world for his dozen-plus books on art, spoke to Jeremy Hobson of the public radio program Here & Now about his newest tome: Modern Art at the Border of Mind and Brain, (currently number one in “Neuroscience” on Amazon.com). He explained why he believes that looking at art is more or less like sending your brain to the gym.

Seeing “is inherently a very creative act, and you’re constantly revising what you think you see… Less than 20 percent of what we see actually comes from the eye,” said Mr. Fineberg in the interview. “Most of it comes from processing in the brain and the visual cortex and that comes from memories, reason, emotion and all kinds of other things.” So, he concludes, “if you don’t have that creative capacity or develop that capacity to be agile, you’re at survival risk.”

But isn’t art appreciation a fairly recent phenomenon where people try to climb the social ladder by adopting cultural mores and tastes demanded by the upper class? Not so fast, said Mr. Fineberg.

“If you look at the cave paintings in the south of France at Chauvet, they’re 30,000 years old. That’s 10 times longer than we’ve had written language. If we’re still doing it after 30,000 years we probably need it for some reason, and I think we need it to complete the wiring of the brain.”

Interestingly, Mr. Fineberg, who discussed at length the works of Robert Motherwell and Jean Dubuffet, argues that all art is abstract if you really think about it.

“What we think of as representational art is pretty abstract as it’s on a flat surface,” he went on to say. “We’re just making more conventional assumptions about representational imagery.”

In other words, even having the ability to see an image in two dimensions as a representation of an actual thing in three dimensions takes a level of abstract thought that, say, your cat doesn’t have.

And the more complex an image, the more your brain works to decipher it. It’s the same reason that you hate sit ups more than a leisurely bike ride. One is more strenuous than the other.

Therefore, you might want to work your way up slowly; don’t just jump right into the Viennese Actionists, for God’s sake, or you’ll just get turned off. As a matter of fact, Mr. Fineberg chimed in with some advice for people that are new to appreciating art when you’re in a museum.

“Pick out one thing that you’re attracted to and take the time to really look at it,” he advised. “Don’t look at everything in the museum. Pick one or two things you really want to look at and spend the time and really try and figure out what kinds of feelings it’s bringing up in you.”