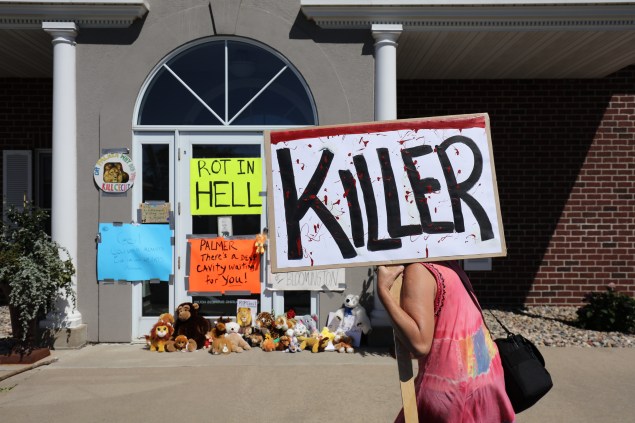 As Zimbabwe seeks to extradite the killer of #CeciltheLion and a second American hunter is accused of an illegal lion hunt, the chorus of outrage has gotten louder. No, I don’t mean anger over the killings. I’m talking about the frenzied incriminations, guilt and backlash against those who are so upset about the brutal killing of a magnificent specimen of an endangered species.

Yes, people are angrier, at least this week, about the murder of a lion with a face and a name than about millions of faceless [name your victim of choice]? The whiners are wasting their energy. Worse, many of them are endangering the causes they claim to be defending against those lion-huggers. 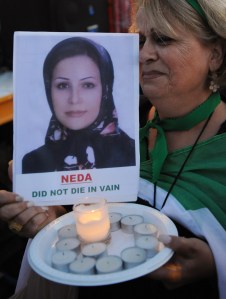 It is easier to care about a face than a faceless group. (MARK RALSTON/AFP/Getty Images)

Of course people care more about a compelling story with a face and name than about what essentially is an abstract description of a group. Our brains are wired that way. Our brains process visual images 60,000 times faster than text. That’s why when we think of Iran’s Green Revolution, we think of Neda Soltani, the young woman murdered by the mullah’s thugs in the street while protesting. When we think of famine, National Geographic images come to mind. For some, the Vietnam War comes to mind as the image of Phan Thi Kim Phuc, the young girl running naked down a road after a Napalm attack. A simple image or story of one person—or, in this case, animal—is a powerful way to draw attention to a bigger issue.

Cecil’s story is not that of just one lion. It’s a powerful stand-in for many other issues. It’s the story of the hundreds of thousands of lions–and rhinos and elephants and gorillas and other endangered animals—that have died by human hands over the last century. Through hunting and destroying habitats, humans have reduced the population of African lions from about 75,000 in 1980 to as few as 20,000 today. It’s about species in danger of going extinct, in part because their heads are ending up on rich Westerners’ walls or their horns are being ground into powders of dubious medicinal value.

It’s about bigger inequities between Africa and the West, and between poor and rich Africans. It’s about the Faustian bargain many African countries have had to make between sacrificing some animals to trophy hunting in order to raise the money to save the lives of other animals. 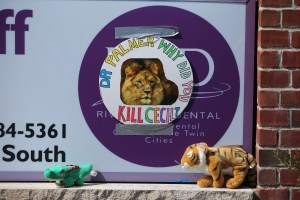 “What about Africa’s humans?” some critics have tweeted. Yes, Cecil the Lion is about people too. You can’t stop poaching, and you can’t keep magnificent animals from going extinct without caring about the people in the countries where they live. Many African countries depend on wildlife conservation to attract tourists and generate badly needed revenue. In 2014, tourism generated $72 billon across Africa, or 3.6 percent of its Gross Domestic Product.

Just because people are upset about a lion’s death doesn’t mean they don’t care about other causes. Quite the opposite: people who volunteer for one cause are more likely to get involved in other civic activities. So you’re alienating people who likely are or would be sympathetic to other causes like, say, your own. Instead of berating people for caring about a lion, we should be concerned that our society may be losing its ability to care. Recent studies have demonstrated that young people are becoming less empathetic and more self-centered. So if people get upset about the, more power to them.

Besides, nobody wants to be told they’re a bad person who doesn’t care about starving children or refugees–especially when they actually do. So what if their number one issue is not the same as yours? By making an unfair accusation, you’re turning off anyone who might rally to your cause when its 15 minutes of fame come along. As the old saying goes, you catch more flies with honey than with vinegar.

By repeating your complaints that ‘people don’t care about XYZ,’], you’re making the many mourners less likely to embrace your own cause, because you are reinforcing the message. Humans move in packs; we are more likely to care about something when others do too. (This is why you’re more likely to re-use your linens in a hotel that urges you to “join other guests” rather than just to save the environment.) In other words, insisting that people don’t care is a self fulfilling prophecy.

So, as my grandpa used to say, quit your bellyaching. Blaming #CeciltheLion is not going to do anything to help your pet concerns.

What should whiners do instead? If you can, find a positive way to relate Cecil’s story to whatever it is that you care about. Even better, go out and find a compelling face and story to attract people to your own cause; give a face to the faceless and name to the nameless. While you’re at it, don’t be surprised if some of those #CeciltheLion fans pile on to the cause that is most important to you.

Michele Wucker is the former president of the World Policy Institute. Her third book, THE GRAY RHINO: How to Recognize and Act on the Obvious Dangers We Ignore, will be published in April 2016. 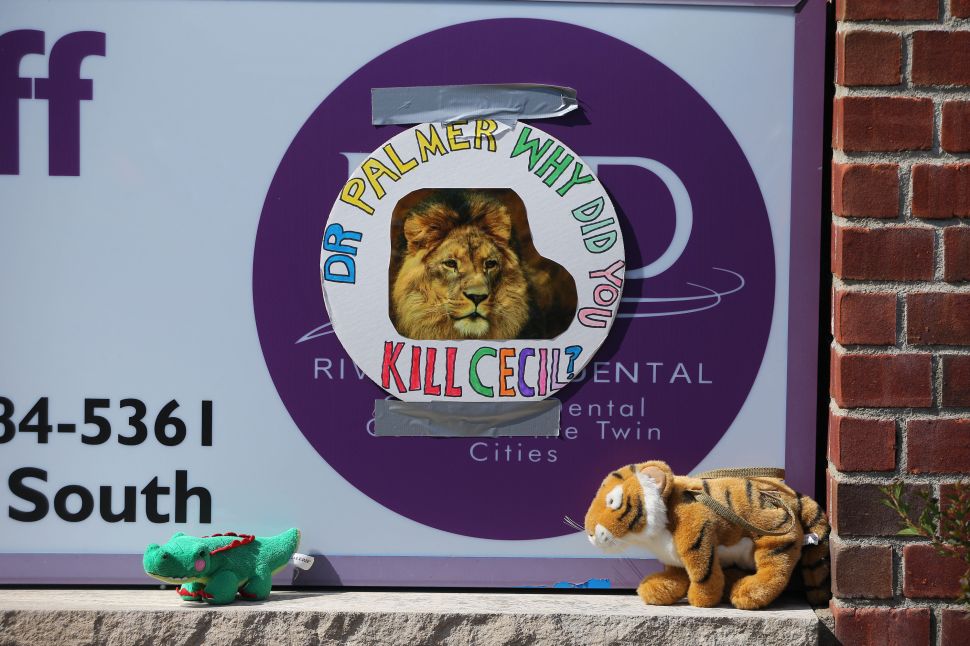