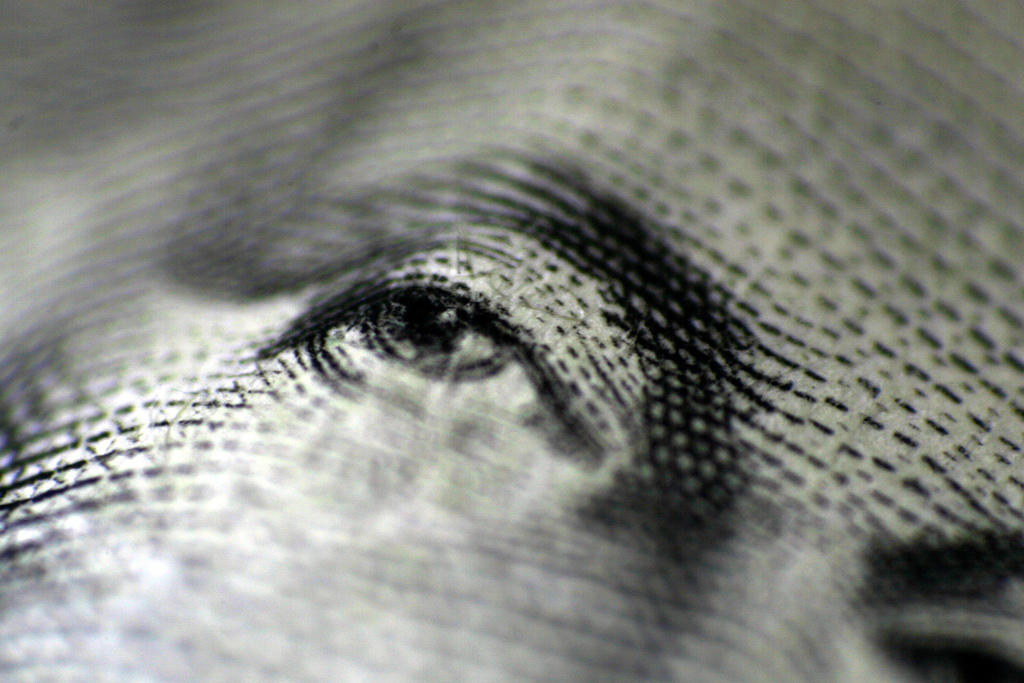 I hate writing about finance. The most violent, ugly people in the world work in the traditional finance industry.

I see what happens inside the system. It’s ugly. And they don’t like you.

Almost 100% of financial journalism is BS, written by people who don’t know anything about finance.

Almost everyone writing in the finance world has an agenda.

For instance, the last time I wrote about why a house is a bad thing to buy, someone wrote an article, “James must be an idiot.”

I looked him up. He was a VP at the “National Association of Realtors” or some organization like that.

And when I wrote that kids shouldn’t pay $200,000 on an education, another group wrote an article saying I was completely wrong and gave “proof” (they made every statistics mistake possible).

The authors: a research team at Georgetown University.

And when I recently wrote that 401k plans (retirement plans set up by corporations for their employees) were a scam, MANY people wrote very nice emails to me saying I verified their own private concerns.

But then a surprising thing happened. A lot of people, many I considered friends in the finance industry, wrote again that I was totally off the deep end this time.

They never disclosed that their businesses depend on investing 401k funds or somehow obtain fees because of 401k plans.

So maybe every Friday I’m going to write a little about finance if you think this is a good idea.

I stopped writing about it over five years ago because A) finance is boring and B) it has nothing to do with increasing someone’s power over their own lives (in most cases).

People want more out of life than knowing what direction Apple stock is going. They want to fulfill their dreams and their passions, not just survive in the drudgery of a cubicle.

I have no agenda. I am not pushing any 401k product, or house, or fund, or anything.

But I just want to light up the facts about things people are lying to you about. Then you can decide.

Next Friday, if I continue doing this, I’m going to write about why and when you should stop paying back your credit card debt.

But I still feel an itch to address 401ks.

Listen: they are scams. This is another trillion-dollar industry that has a lot of money at stake if people stop believing in the mythology bolted to the scam.

Let’s go over the pros and then the cons:

I can’t really think of any other pros. If you can think of some, please put in comments and I will try to address.

Let’s look at it conceptually for a second and then I will look at the cons.

You are paid money by an employer. You have that money in your hands for five seconds, and then it is whisked away into this account and you can’t look at it again for another 20-35 years unless you want to pay a massive penalty.

Will you be alive in 30 years? Hopefully! Else you will never see that money again.

Ok, that’s my first problem with 401k. I like to have total control over money that is called mine.

Ok, let’s look at the cons:

Let’s say you put money in your 401k at the age of 29. You are making much less money than you probably will be at the age of 59.

So your tax rate is less than your tax rate at 59, forgetting completely that taxes might be raised also (we just don’t know) between now and then.

So we don’t really know if you are saving money on taxes or not. You are simply having your money taken from you for 30 years.

Also, when you take money out of your 401k, you are taking out more than you put in (chances are, because your expenses are higher). So your tax rate will almost certainly be higher. Again, ruining the entire point of putting in pre-tax income.

Do you think companies really pay you free money?

Companies that don’t have an employer-match pay higher salaries. The Center for Retirement Research did a study based on tax data and showed that for every dollar an employer (on average) contributes to a 401k match, they pay 99 cents less in salary.

Also employers don’t give you all the money at once. They spread it out over four to six years (six years is the regulated max or they would spread it out longer is my guess).

If you leave before the six years, you often don’t get the match. So employers actually save money in the long run by installing a 401k plan.

How many employees stay at their jobs for six years? Not that many. The average is 4.6 years according to the Bureau of Labor Statistic.

People don’t manage 401k plans for free. There is a cost. Then there is a cost in the mutual funds they put their money in.

Then there is revenue-sharing between employers and 401k plan managers. Is this legal? Yes. It might not always be but it is now and it is how employers make some of the money back on matching what you put in.

Is this transparent? Of course.

Does the average person look at all the fine print detailing fees? Of course not. I don’t. (I have a 20-year-old 401k account.)

Then there is the fine print on each mutual fund the 401k manager has allocated the money to. Do I look at that fine print? No.

Many mutual funds charge extra marketing fees. Do yours? I have no idea. Most people don’t. Which is how they get away with it on a trillion dollars.

Which is part of the reasons 86 percent (!) of mutual fund managers underperform the market.

Now, in many cases you can say, “I want to put in a low-fee exchange traded fund” but a) will you do that? and b) they still have some fees.

The market has returned somewhere between 7-10 percent per year depending on what time period you look at, what index, etc.

The average investor has returned 1.8 percent per year over the past 40 years. The psychology of investing is very difficult. In 2009, many investors pulled out of the market, right before a 100 percent upward move.

Yes, you save tiny amounts on taxes when you are young. But this is also the period when you have the biggest tax write-offs relative to your income (dependents, business expenses, etc).

So you don’t really need the extra minor savings on taxes. Trust me, you will be fully taxed at the highest rate when you pull money out 30 years from now.

So why not use that “extra” money to invest in yourself right now. Invest in skills that can benefit you or experiences that you can enjoy and make you happier.

401k plans have been around for decades. And yet the average retiree does not have enough savings for retirement.

So the evidence is fully in: 401k plans did not help.

So how does one save?

The average multi-millionaire, according to tax data, has at least seven different sources of income.

You can keep your job. But think about how to make money on side jobs. It doesn’t have to be tomorrow. Just think about it and start coming up with ideas.

Or it might mean studying investments. The best investors are usually the top hedge fund managers. Study their investments. Copy what they do (but don’t invest in them. Ugh!).

Anyway, I don’t like writing about finance. But I can assure you I have no agenda on 401k plans.

I get emails every day from people who are scared and frustrated.

They have reached their retirement page and everyone up until now has lied to them about the benefits of 401ks. So they are worried about how they will survive.

My agenda is to try and help. A few weeks ago, a good friend of mine says I was a waste of flesh because I was against 401ks. Guess what he does for a living? He manages 401k plans!

Perhaps the main point of this article is that one way to choose yourself is to look at the agendas of people selling you something.

It’s ok for them to make money. I don’t blame these people. Maybe some of them are good. But get all the facts so YOU can choose instead of THEM.

Next Friday (if you want this series): The Great Credit Card Scam

Latest Podcast: Ep 124: The Book of Luke by 2 Live Crew’s Luther Campbell
Luther Campbell (once Luke Skywalker) of 2 Live, drove out of his way to talk with James about what it’s like to work against the politicians and the money-making machine of the music industry.

Latest Ask Altucher: Ep. 329: How You Can Get Your Dream Job
What’s the best way to get your dream job? A listener wrote in to say that he has been sending his “out-of-the-box ideas” to his company, but he hasn’t heard back. Suddenly, the company has posted a job opening for something similar that he can do.

Recommended Article: The Ten Commandments of The American Religion
I don’t know if I understand anything in my life. I don’t say this with self-modesty. Every day I learn something where I say to myself, “why didn’t I learn that before?” 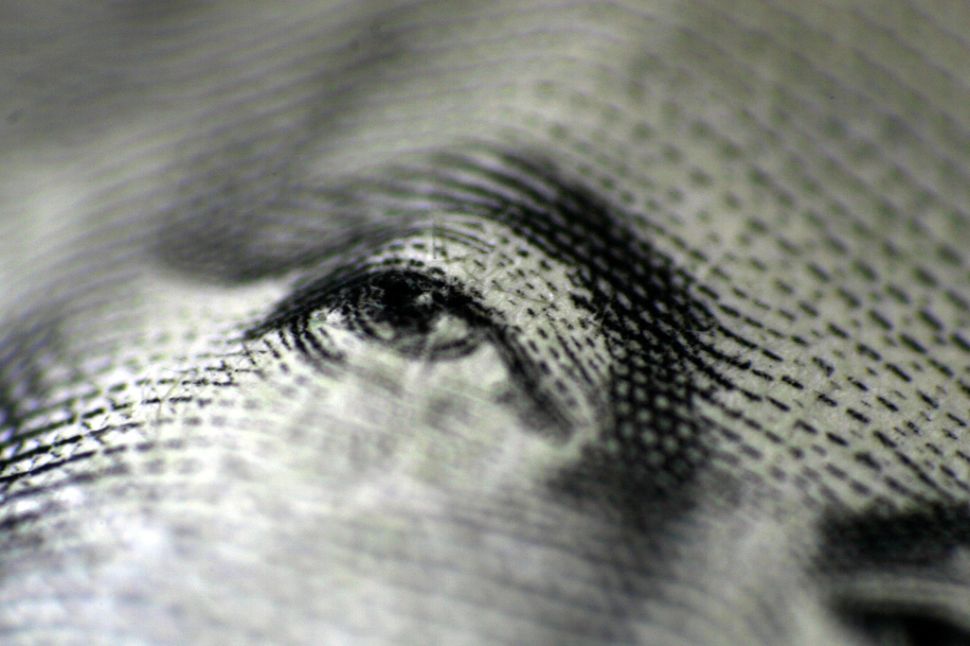