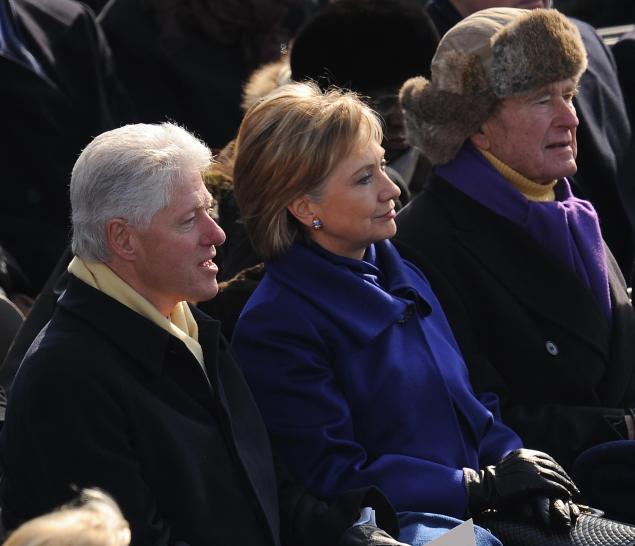 George H.W. Bush seems like an unlikely model for Hillary Clinton; and the Democratic frontrunner would likely not appreciate being compared to the former one-term president, but as the 2016 campaign season moves forward it is becoming apparent that if Ms. Clinton wins, her victory will look quite a bit like Mr. Bush’s did. In 1988, a strongly ideological, transformational and polarizing president, Ronald Reagan, was winding down his second term in office. The Republican primary in 1988 was more contested than the Democratic primary is today, but Mr. Bush won that primary relatively easily. Like Ms. Clinton, he represented the ideological center of his party, was a consummate Washington insider and was essentially running for the third term of the incumbent. There are of course differences between Mr. Bush in 1988 and Ms. Clinton this year, most significantly Ms. Clinton has a chance to be the country’s first female president, but the similarities between the two candidates, and elections, at least as important.

Although the seven Democrats vying for the nomination in 1988 were much fewer in number than the 16 or so seeking the Republican nomination for 2016, they were a entertaining group of candidates, including bow-tie-wearing Sen. Paul Simon, Joe Biden, then a young senator from Delaware, early frontrunner Gary Hart and Jesse Jackson. The eventual nominee was the dull governor of Massachusetts, Michael Dukakis. That group may not be as colorful as the current Trump-led of Republicans, but it made for very entertaining politics at the time.

In 1988, all of the Democrats sought to make the case that the country was in bad shape, Reagan had led the U.S. to the brink of economic disaster and that only a Democratic victory could restore the U.S. to its greatness. This was the same type of appeal we heard from virtually every candidate in last week’s Republican debate. Ted Cruz told America “The first thing I intend to do is to rescind every illegal and unconstitutional executive action taken by Barack Obama.” Mike Huckabee argued that “(t)his election has been a whole lot about a person who’s very high in the polls, that doesn’t have a clue about how to govern. A person who has been filled with scandals, and who could not lead…Hillary Clinton… America…is in trouble, but it’s not beyond repair. But it’s going to take leadership who sees the greatness of this country,” Chris Christie describe President Obama as “(w)eak leadership, which has led to bad choices. We have got to stop worrying about being loved and start worrying about being respected.”

The ultimate Republican nominee will undoubtedly argue that the Obama-Clinton team, a phrase we heard many times during the debate, has made the country weaker, has steered the U.S. in the wrong direction and are incompetent, and that it is time for a radical change. Ms. Clinton will have to defend not just herself but the Obama administration, and make the case for continuing with those policies.

In 1988, a general election that is now remembered mostly for the Willie Horton ad and the unfortunate photo of a helmeted Mr. Dukakis in a tank, Mr. Bush made the argument that the Democrats, who had spent the primary season attacking President Reagan and the direction of the country, were wrong and the country was doing just fine under Ronald Reagan’s leadership. Mr. Bush won that argument and that election, and in doing so solidified the changes that were made during the Reagan years.

To win in 2016, Ms. Clinton will have to make a similar argument about President Obama. The outlook, at this point, does not look great. For the last several months, a substantial majority of voters, often by a margin of more than 2-1 have agreed with the assessment by the Republican candidates that the country is moving in the wrong direction. In the summer of 1987, however, President Reagan’s approval rating was at around 49%, about the same as President Obama’s is now, while fewer than 50% of Americans thought the country was going in the right direction. On balance the numbers are worse for Ms. Clinton now than they were for Mr. Bush in 1987, but not by much.

Mr. Bush’s, relatively easy victory in 1988, winning over 400 electoral voters, helped seal Mr. Reagan’s legacy, and influenced how his presidency is remembered. A victory for Ms. Clinton will do the same for Mr. Obama. In mid-1987, it looked like 1988 would be a tough year for Republicans, but Mr. Bush won handily, largely because he was able to persuade American voters that things weren’t as bad as they thought at that Democratic solutions were too liberal to help the country.

In the Democratic debates from 1988 the candidates described an America that was very different from how the media and history books now remember the Reagan years. A major reason for that discrepancy is that George H.W. Bush won the election and because outside of the Democratic base, most Americans didn’t think things were going so terribly. If Hillary Clinton wins in November of 2016, the Republican cast of candidates, in all their numbers, humor and certainty about the disaster that has befallen the U.S., will recede into the same obscurity as the 1988 Democratic primary. 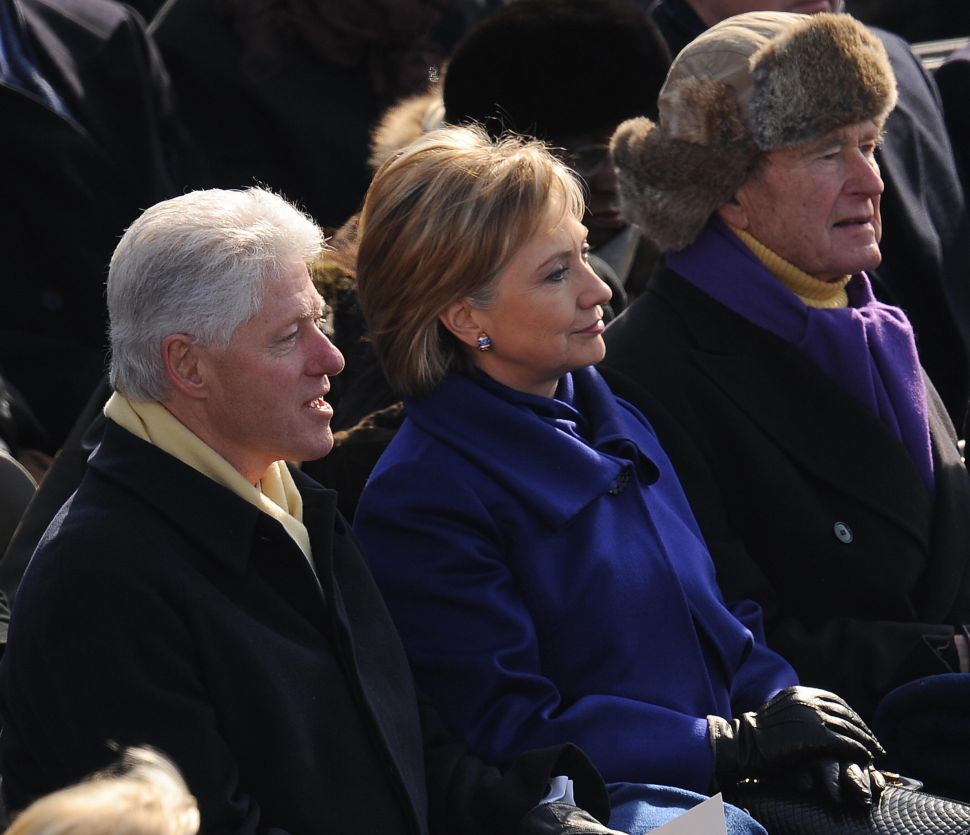