In India, it’s very dangerous to walk or ride a bike (of either kind). People who aren’t inside cars account for about half of all the people who die on the road in India, according to the World Health Organization. And road deaths have been going up over the last eight years.

The Indian state of Kerala is having an especially hard time, with some 11 deaths and 50 badly injured each day in traffic, according to The Hindu. The World Health Organization and other official entities sponsored the Kerala Road Safety Hackathon this past weekend to find technological solutions to reduce fatalities or increase safety.

According to a spokesperson for AngelHack, the organization brought in to run the event, 164 people across 40 teams competed.

In order to qualify to win a prize at the hackathon, participants had to turn over all intellectual property created at the event to the Kerala Road Safety Authority, which had final say afterward about how it could be used, according to the event’s participation agreement (whether the weekend’s work won anything or not). 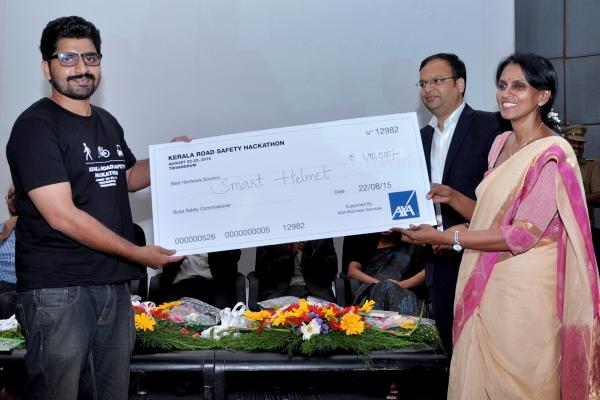