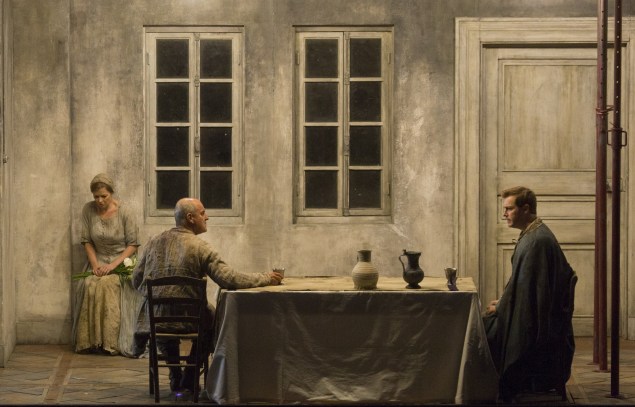 The opera Written on Skin—a centerpiece of Lincoln Center’s Mostly Mozart—has led a charmed life since its premiere in the 2012 Aix-en-Provence Festival, almost universally acclaimed by critics and popular with audiences. Tuesday, August 11’s performance suggested, though, that the piece’s undoubted success may be as much on account of what it doesn’t do as what it does.

The one-act opera with music by George Benjamin and libretto by Martin Crimp deftly avoided the many pitfalls that seem to beset contemporary opera. It’s not an adaptation of a novel or a classic play. It’s not a fictionalization of a recent historical event or the life of a celebrity. It’s neither overlong (barely 100 minutes) nor unrealistically ambitious in scale, featuring five solo singers and an orchestra of 60. And, most important, Written on Skin is not primarily a narrative piece: the thin plot exists primarily to generate a series of moods adroitly depicted via Mr. Benjamin’s unthreateningly conservative musical idiom.

The story is that most basic of operatic premises, as wittily defined by George Bernard Shaw: “… a [counter]tenor and a soprano want to make love, and are prevented from doing so by a baritone.” In 1300s Provence, a powerful Protector hires an artist known only as “the Boy” to illustrate a book. (This expensive luxury would be inscribed on parchment, i.e., written on skin.) The Protector’s wife Agnès falls for the Boy, and to prove his love, he creates a page recounting their lovemaking. In revenge, the Protector slaughters the Boy and forces Agnes to eat his heart. She then leaps to her own death.

These bare dramatic bones were only vaguely visible beneath the series of elaborate frames Mr. Crimp placed around the story. The characters fluidly alternated between dialogue and narration, with the action positioned as a sort of meta-performance curated by a group of Angels inhabiting sterile modern museum workrooms adjoining the Protector’s grimy hut. The character of the Boy was played by one of the Angels, who slipped into medieval garb just “offstage.”

If we didn’t demand to witness acts of depravity, no opera house could stay in business.

Thus the story of Agnès, as played out for an angelic audience, seemed something as familiar as well, as most opera performances, actually, unsurprising to the point of being ritualistic. Part of what gives this opera its undeniable power is our gradual realization that we, like the Angels, are, as audience members, complicit in the adultery and violence presented before us. If we didn’t demand to witness such acts of depravity, no opera house could stay in business.

Mr. Benjamin’s music was seductive on its own unpretentious terms. He is not above using very simple means to evoke a mood: for instance, the first time Agnès glimpsed the Boy, we heard a tender little violin solo truncated by harsh twangs on an amplified mandolin. Except for a few angry outbursts toward the end of the piece, the orchestra tended to stay discreetly in the background, murmuring and buzzing behind the vocal lines.

And there lies Mr. Benjamin’s most successful “avoidance” of all: unlike most opera composers since the 1950s, he placed the emphasis where it belongs in opera, on expressive vocal lines. Each character, in fact, had a distinctive singing style. The Protector snarled in parlando that occasionally verged on speech, and the Boy spun out elegantly simple legato lines with a hint of bel canto ornamentation.

The way Agnès sang was most fascinating of all: long single syllables on repeated notes, broken up with tiny pauses, and always a beat or two behind the orchestra, as if she was so unaccustomed to speaking she had to struggle to get the words out. As the character gained a sense of self-worth, her staccato phrases began to knit together and soar into the higher soprano range.

Reprising their roles from the Aix premiere were bass-baritone Christopher Purves, all gruff coiled-spring menace as the Protector, and soprano Barbara Hannigan, whose electrifying physical presence and silvery soprano utterly focused the performance on the emotional journey of Agnès.

Director Katie Mitchell had this character make her very first entrance carrying an armload of calla lilies handed to her by one of the angelic “stage managers.” This business could easily have turned camp, evoking Tosca or, worse, Katharine Hepburn in Stage Door.  But Ms. Hannigan played against the grain, as if gathering flowers were just another chore of Agnès’ dreary workload, no more poetic than sweeping a gritty floor.

Her glistening voice blended seamlessly with that of countertenor Tim Mead as the Boy in their scenes of gradually blossoming love. A couple of simple phrases in perfectly tuned harmony precisely depicted the sweetness (and brevity) of their passion.

Mr. Mead made a virtue of what I think must be a necessity in suggesting the elusive character of the Boy. His voice is so clean and straight-toned as to seem hardly human, and his presence is attractive but blandly unassertive. These characteristics suggested that the Boy—and the Angel in turn portraying him—were blank surfaces onto which the more human characters could project their desires and fears. Indeed, in one scene the Protector suddenly kissed the Boy passionately, then they continued their conversation as if nothing out of the ordinary had happened.

Ms. Mitchell’s precise production aided immensely in distancing the central story, forcing us to regard it as an artistic construct. The tiny movements of the Angels, fidgeting over stage props and costume pieces, were superbly calibrated to register as background commentary on the main action. Even Alan Gilbert’s micromanaged conducting of the virtuoso Mahler Chamber Orchestra felt just right in this context, another layer of polish on an elaborate museum exhibit.

Whether Written on Skin will blaze a new trail for opera in the 21st century remains to be seen: the creators of this piece are currently working on a larger-scale work set to premiere at Covent Garden three years hence. But on its own terms, this piece is smart, thought provoking and uniquely lovely, a worthy addition to the by no means vast collection of post-Romantic operatic masterpieces. 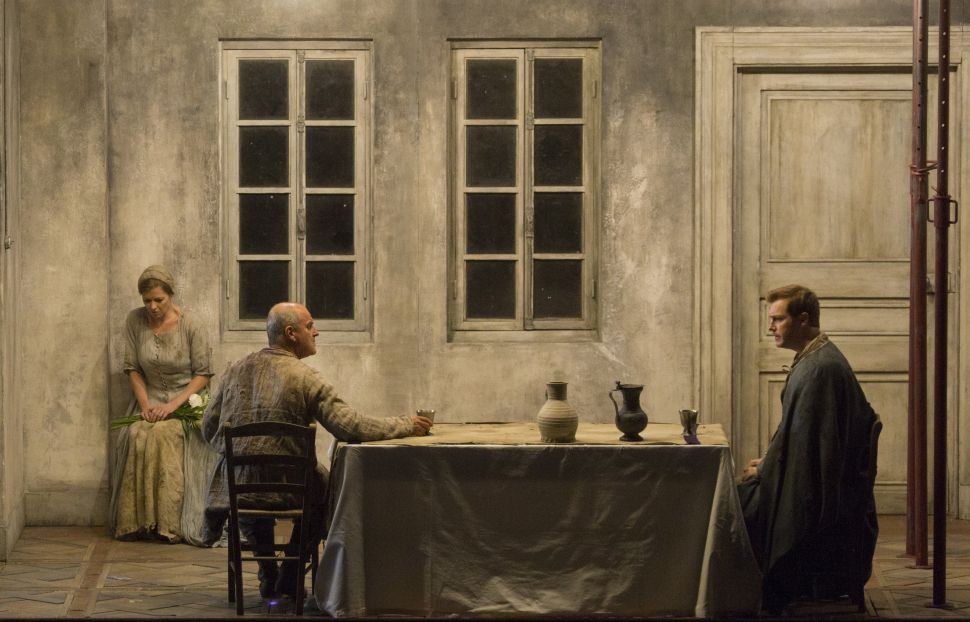