New York’s contemporary art world awakens from its summer slumber this month with dozens of openings. Two trends: a new emphasis on figurative painting, and strong shows all over town, far beyond the borders of Chelsea.

One of the hardest-working painters in the biz is gearing up for a two-venue show at these sister galleries. Ms. Saccoccio’s been fine-tuning her sensational color bombardments for years, resulting in vestiges of splatters, scrapes, bleeds and drips that somehow maintain a vibrant punch of color. This fall she will unveil a large-scale portrait series: Think of them as abstract Technicolor “head-scapes” borne from the full-bodied gestural ethos of Bill de Kooning. This uptown/downtown combo could produce a crossover moment for the talented 52-year-old.

Now for something completely different. “Warli,” as I’ll call him, is an Australian aboriginal artist who hadn’t even met a non-aboriginal until the age of 25. Born sometime in the ’50s, he didn’t start painting until 1987, but quickly started showing and selling his linear abstractions that create buzzy Op Art effects. The canvases also double as sacred stories and songs about sacred beings or sites. Ever since his inclusion in the 2013 Documenta exhibition in Germany, the international art world has been eyeing this marvel, and finally a high-profile gallery has committed to this (for lack of a better word) “outsider.”

These back-to-back shows from married artists, at galleries run by formerly married dealers, could be a real treat, albeit one featuring fairly opposing styles. Market darling Mr. Grotjahn will be showing his new painted bronze casts of assemblages, which he debuted at the Nasher Sculpture Center in Dallas last year. The face-like objects are cast from refuse (usually cardboard boxes and toilet paper tubes festooned with rips and flaps) yet become heroic statuary once translated into bronze and paint.  Meanwhile, Ms. Guidi at Karg (Full disclosure: I curated a show there this summer) will continue to explore the visual atmospheres created by the accumulation of simple marks in her notoriously labor-intensive paintings. For this show, she is adding an intense color to her experiments. (I won’t spoil the surprise by saying which one, though. You’ll have to go see for yourself.)

One of the more popular painters to come out of the mid-aughts, Ms. Schutz always seems to deliver, thanks to her painterly touch, lurid use of color and altogether wacky sense of humor. The theme of her second show at this staunch German gallery (a favorite for painting fans) is hinted at in the playful title “Fight in an Elevator.” It will feature packed canvases and works on paper that focus on figures jostling, cramming and heaving against the very borders of the paintings that contain them. This formidable and highly original artist should once again be placed directly in the art world spotlight.

This artist was initially known for fronting a slew of British underground bands like Thee Milkshakes and Thee Headcoats, but has more recently been recognized for his undeniable painting skills. Mr. Childish was a former classmate and pal of star painter Peter Doig, and both artists were drawn to and influenced by the transcendent post-impressionist works of Van Gogh and Munch early on and it shows. His new show titled “Flowers, Nudes and Birch Trees” will be just that, and probably gorgeous to boot.

The impresario behind the 24-hour looped spectacle The Clock is back, this time with an immersive four-wall video projection titled Surround Sounds. Through the magic of the computer program After Effects, familiar superhero sounds and their accompanying comically drawn words will actually Whiz! and Blast! around the room, creating an environment where animation emulates noise and vice versa. It should be great for kids, adults, and all you hipster-types that fall somewhere in between. The real question is: Will the line for this show be as long as the insanely long one that prefaced viewing The Clock at MoMA? Let’s hope not.

Graham Collins at The Journal Gallery

This 34-year-old artist blew up two years ago after his first solo show with this hip Brooklyn gallery. It featured, among other highlights, comically slumping canvases trapped like zoo animals in vitrines. Mr. Collins’ creative lo-fi sculptures—which cleverly reference the history of painting—have since turned to other materials, most notably thrift store paintings, and now the artist is turning his attention to the varied aesthetics of above-ground swimming pools. Supposedly he’s fashioned a series of large-scale paintings in order to mimic painterly styles ranging from the expressionistic to the geometric. It sounds like a fitting end-of-summer show.

Another artist about to mount overlapping shows (single shows are so passé, don’t you think?) is original YBA (that’s “Young British Artist” for the uninitiated) Rachel Whiteread. The first woman to ever win the Turner Prize, in 1993, Ms. Whiteread will take over both Luhring Augustine galleries in Bushwick and Chelsea this fall. Her architectural inversions, which turn our notions of man-made environments inside-out, have been wowing art lovers since the original 1997 “Sensation” exhibition at the Royal Academy in London. It’s fair to expect big things from this unique artist—both figuratively and literally—particularly at the cavernous Bushwick space where Ms. Whiteread is sure to push the scale of her haunting objects. It will be hard for the artist to top her iconic 1993 sculpture House, a full cement cast of an entire Victorian house, but this would surely be the place to try.

At the age of 50, Warhol—either spurred on by the sense of his own remarkable significance as an artist or in a savvy attempt to make even more money—went back into his catalog, revisiting a variety of themes and processes from his career. Now these late works, which some critics had previously branded as “overly commercial,” seem to finally be getting the acclaim they deserve. This exhibition focuses on large-scale paintings from the late ’70s and early ’80s and includes images from iconic series we all know and love: “Skulls,” “Hammer and Sickle,” “Rorschach,” “Knives” and “Dollar Signs” among others. For those less acquainted with Warhol’s oeuvre, this should be an eye-opening survey from the most prolific era of the artist’s career. 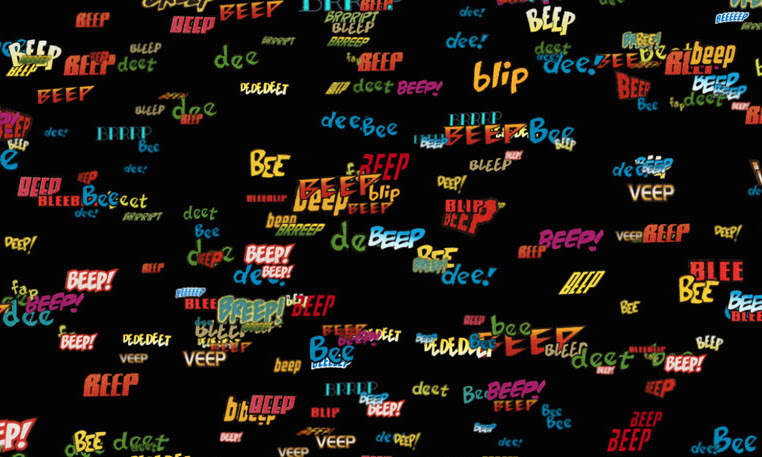