Talk: Past Disquiet, with Kristine Khouri and Rasha Salti
Beirut-based writers, curators and researchers Kristine Khouri and Rasha Salti discuss “The International Art Exhibition in Solidarity with Palestine,” an art event in Beirut in 1978 that showcased works by 200 contributing artists and was financed by the Palestinian Liberation Organization. The Beirut building, where the collection and archive were stored, was destroyed by Israeli shelling in 1982, leaving only “ghostly” remains, which became the foundation for an exhibition curated by Ms. Khouri and Ms. Salti at the Museu d’Art Contemporani de Barcelona earlier this year. The curators discuss that show as well as the problems with oral history and memory.
Artists Space Books & Talks, 55 Walker Street, New York, 7 p.m., $5

Opening: Sotheby’s S|2: Icons: The Art of Appropriation
The first of a two-part selling exhibition at the auction house, this show features art about art since the 1960s. From Richard Pettibone’s miniature versions of the famous flower paintings by Andy Warhol—himself a celebrated appropriator of other peoples image—to Mike Bidlo’s paintings of Jackson Pollock’s well-known compositions made by copying bookplates, the exhibition explores the continued practice of appropriation.
S|2 Sotheby’s New York, 1334 York Avenue, New York, 6-8 p.m.

Performance: “Jack Ferver and Marc Swanson: Chambre” at the New Museum
A biting adaptation of Jean Genet’s The Maids, this collaboration between writer, choreographer and director Jack Ferver and visual artist Marc Swanson uses the latters’ sculptural installation as the theatrical set for Mr. Ferver’s farce about celebrity and greed. The project references the actual murders that inspired The Maids, while tapping into Lady Gaga’s notorious courtroom deposition speech for a suit filed by her former personal assistant.
New Museum, 235 Bowery, New York, 7 p.m., $20

Book Launch and Talk: “Lee Friedlander: The Little Screens” at Cabinet
Chronicling Lee Friedlander’s photographs of broadcasting televisions in homes and motel rooms—a series that the photographer began in the 1960s, when TV began making a huge cultural impact on American life—Saul Anton’s new publication brings the body of work together for the first time since it was exhibited in its entirety at Fraenkel Gallery in San Francisco in 2001. Mr. Anton (a writer, scholar and critic) discusses the photographer’s dynamic portfolio of black-and-white images of televisions in situ before a Q&A and drinks.
Cabinet, 300 Nevins Street, Brooklyn, 7-9 p.m. 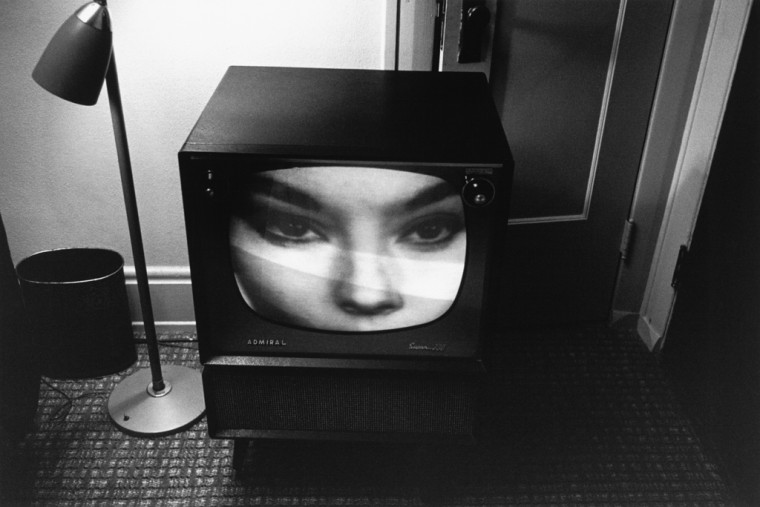