“Back in the day” is an expression I had not heard until I came to Wall Street. To me, it denotes the speaker’s harking back to prior time. A golden age. A time when things were getting better, and what we lacked in experience was made up for by a generally benign and improving environment.

But that it is emphatically not where we find ourselves today. Today, life in the markets is hard. Stocks are moving mainly in a downward direction. For the last five years, the world’s central banks have sloshed vast sums of money into the system, but seemingly to no avail. Because we are most certainly “not out of the woods.” China’s growth seems stalled, commodities are in the tank and uncertainty and loss lurk on every corner, waiting to mug us unsuspecting “babes in the wood.” That is, unless you were smart enough to have bought your own piece of Silicon Valley nirvana in the form of Apple, Amazon, Google and Facebook.

And so we are left with a rush of commentary and analysis that seems to jump out from everywhere. Sometimes I think that more than half the emails in my inbox come from one pundit or another, each one ready with his explanation and what to do about it.

And so what then must we do about our gyrating portfolio values?

A couple of decades ago, the compulsion to do something in my portfolio to “fix things” would have been irresistible: depending on which combination of commentary and analysis I was most exposed to, I would have wanted to do something like buy portfolio insurance, rotate out of commodities, or find some way to scale into some over-valued and over-hyped sector. Most likely, the panacea would have been a combination of all of these and more.

The stock market volatility can be an enormously useful thing if we put it to good use.

But that was before I read the Intelligent Investor, invested in Berkshire Hathaway and met Warren Buffett.

Now I know that the best thing to do would be to put the screaming headlines and the rewarmed market commentary aside and simply go for a long walk. Preferably with a dog, or some other good friend, leaving the portfolio entirely alone.

But while I know that this is the right course of action for me, I still find it hard to do. Harder than I ought to find it, given how I have immersed myself in the Graham-Buffett-Munger-Pabrai philosophy of investing and life.

The simple reason is that I have not constructed the best possible environment for myself. Because my repeated experience has been that, no matter how smart I am (or think I am), environment trumps intellect.

Think of Warren Buffett. Not only does he not live anywhere near to Wall Street: his office in Omaha, Neb. is not even in the downtown area. He is located in a lone-standing office tower twenty blocks or so away from Omaha’s town center. There, on the 14th floor, Berkshire’s office is ensconced amid the quiet and productive hum of Peter Kiewit and Sons, a construction company. Warren Buffett’s immediate community of fellow office-workers spend their days building things: dams, bridges, airports, hospitals and schools—the very physical structures that underpin our civilization.

In terms of mindset, this could not be further away from the vagaries of the stock market and it has an enormously calming and stabilizing influence on the world’s greatest investor.

Rahm Emanuel famously said that it would be a shame to waste a good crisis, and here is what I put to you. The stock market volatility can be an enormously useful thing if we put it to good use. Not to engage in frenzied analysis of the latest market gyrations and to place yet more bets in the market.

Rather, to use the fact that we are unsettled to see what it is that we can change in our environment help us to be more rational. And those changes don’t need to be as drastic as moving to Omaha, or in my case, Zurich.

It might be to take a break by going for a walk in Central Park and feeding the ducks, escaping for the weekend, or checking into one’s favorite coffee shop.

Or it might be a slightly more elaborate reorganization of the workspace: In my case I created a library in my office, which is free of electronic devices and is a place where I go for calm contemplation and reading. I try to go there every day, even if it is for as little as 10 to 15 minutes. It almost always helps me to discard one or two bad ideas that I might well have acted upon had I not been there.

Or it might be more carefully honing the behavioral rules that I hold myself to. For I have learned to create careful limitations on my interaction with the stock market: if I decide to make a trade, I refrain from doing it when the market is open, and I have a rule to refrain from selling stocks within the first two years if they declined.

These are all mechanisms to prevent me from “doing stupid stuff.” When the market is volatile, and trading is emotional, it is a lot more likely that my actions will be rash and ill-considered—even if I convince myself in the moment that they are not.

Consider that a recent study by Fidelity found that the portfolios of dead people perform better than live people. It is an astonishing result, but one that follows from the simple rule that for the vast majority of the time, the right thing to do with a stock portfolio is absolutely nothing—something that dead people are better at accomplishing than live people. Because we who are alive find all sorts of reasons to tinker, rather than to engage in the wise action of doing nothing.

And so with this in mind, as the market action swirls, my exhortation to you (and to me) is to do absolutely nothing, other than to use this as an opportunity to work on making our environment a little more like Warren Buffett’s in Omaha: to strengthen that muscle that will help us to zig while the world zags.

Correction: Subsequent to publishing, it came to the author’s attention that that the “recent study by Fidelity” on the portfolios of dead people does not actually exist. Rather, it is an idea that rings true and which has spread as an internet meme, with countless internet sources referring to each other, but none to the original study. The Observer regrets the error and the author will be discussing how these research shortcuts can trip us up in a future article.

Guy Spier is a based in Zurich and manages the Aquamarine Fund, an investment partnership inspired by and styled after the original 1950′s Buffett partnerships. He is the author of The Education of a Value Investor (2014, Palgrave Macmillan) which has sold more than 25,000 copies in English and has been translated into five languages. 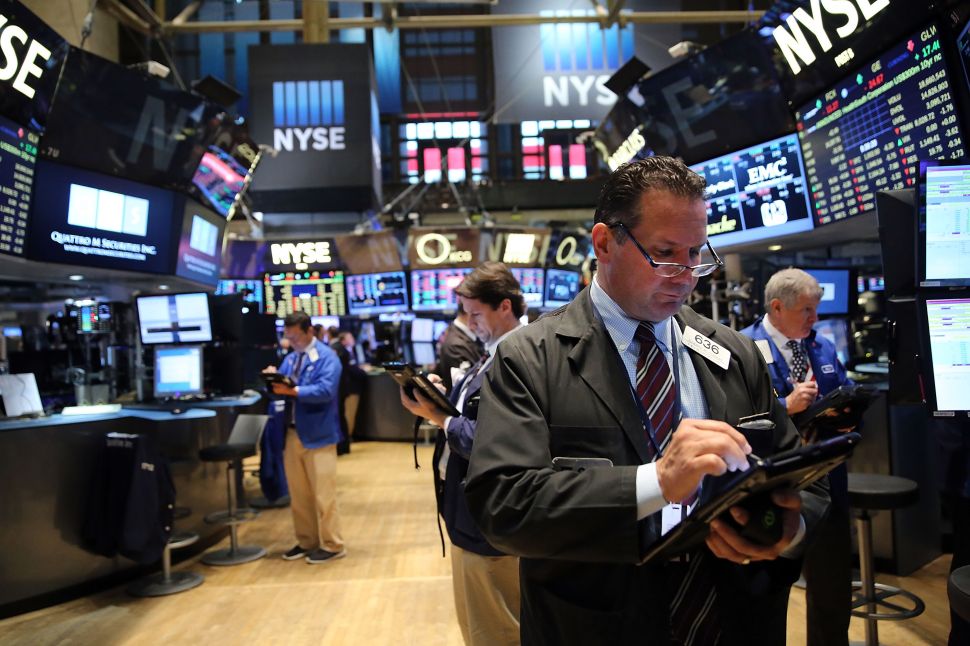