My first day at NASA Kennedy Space Center was entirely surreal. Within a few hours of arrival, I walked through the doors of the largest single-story building in the world and former home of the fleet of spacecraft that pushed the boundaries of human exploration. The Vehicle Assembly Building was my first stop while exploring the progress of NASA’s journey to Mars.

From the enormous Saturn V rockets used during the Apollo era to the celebrated line of Space Shuttles, the 525-foot facility and largest single story building in the world, the Vehicle Assembly Building (VAB) seemed more like a preserved world heritage site rather than a base for future space exploration. The expanse of the structure is overwhelming and even my seasoned guides who regularly work on the space coast described the awe they experience every time they enter the facility. The VAB’s ceilings are so high, clouds and precipitation have been known to form inside the facility. 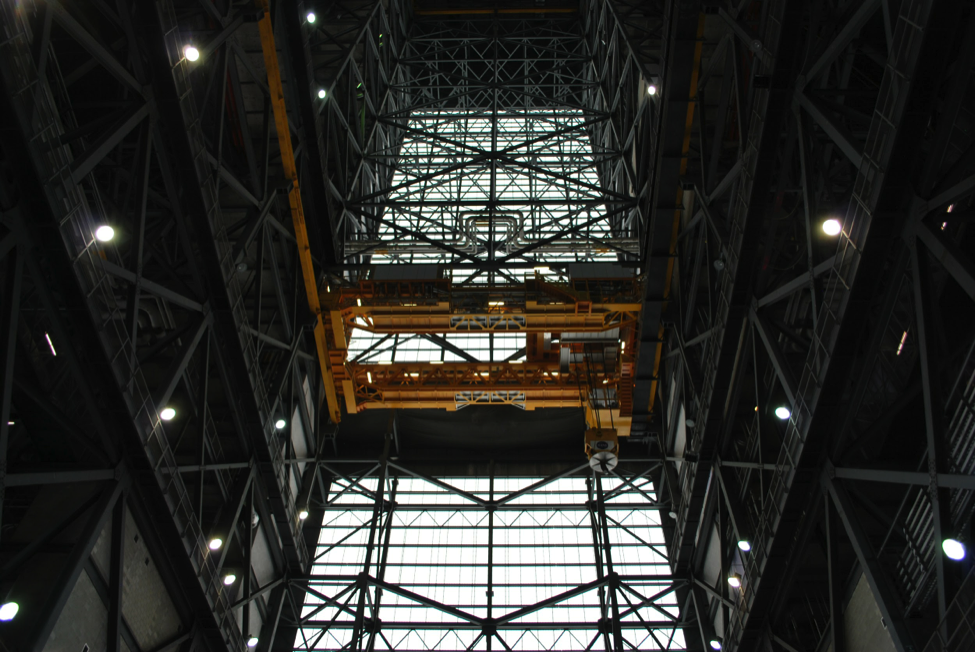 In literature or entertainment, space exploration is commonly associated with bleeding-edge technology and a shiny, streamlined infrastructure. So that certainly colored my expectations for the trip. Even the most realistic works in the genre could not prepare me for what I saw in the VAB. As I made my way across rickety walkways 40-plus stories up and rode the aging elevators, I realized the facility is in dire need of some renovation. There were entire levels of nothing but paint-chipped walls, exposed insulation and worn steel. An inaccessible area on the 16th floor housed the debris from the Space Shuttle Columbia after its tragic loss.

Leaning over the edge of a shaky platform, I tried my best to take in what seemed to be an endless array of levels, protruding walls and dark corridors. After a long look, I realized I was standing on decades of timeless engineering and a sophisticated design that outlived its original purpose. This has always been NASA’s approach when planning for the future. The agency will find ways to upgrade their time-tested hardware and continue to build infrastructure that can easily be repurposed. The Vehicle Assembly Building is just one of the facilities that will be renovated to support a mission to Mars. 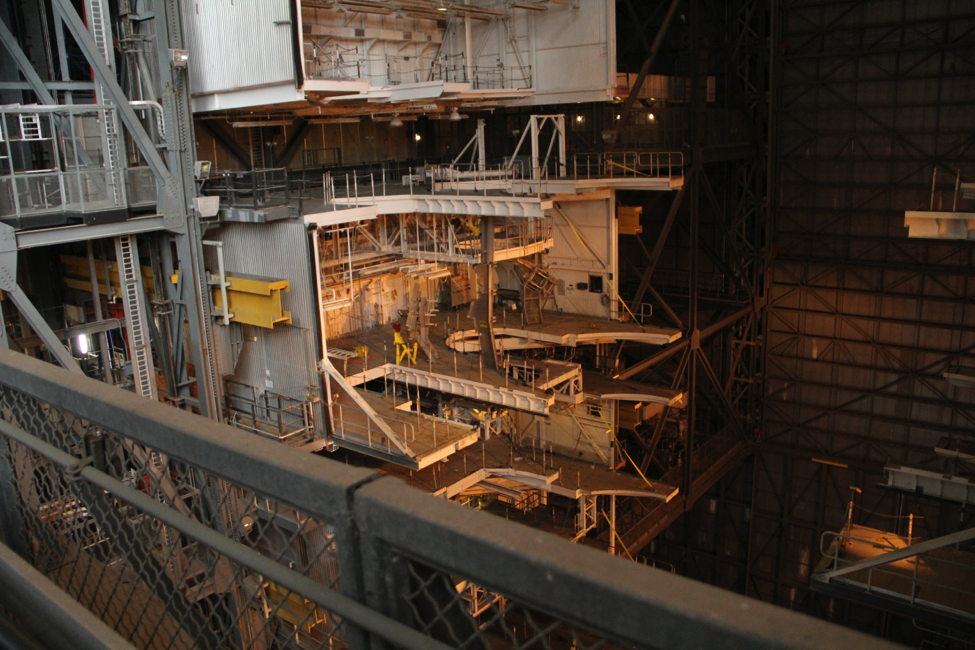 The tour came full circle as I stood on the roof of the VAB and got an insightful look at the entire space coast. In the distance I could see the various launch pads where Astronauts departed on landmark missions to install the Hubble Space Telescope, build the International Space Station and land men on the Moon. It’s hard not to become overwhelmed by emotion from the sense of history and human accomplishment.

A few months later I would revisit the Vehicle Assembly Building to find a bustling construction site as engineers and contractors occupy different areas of the previously vacant building. NASA’s Ground Systems Development and Operations Program is overseeing the renovations needed to accommodate the enormous Space Launch System (SLS)—NASA’s successor to its retired Space Shuttle. 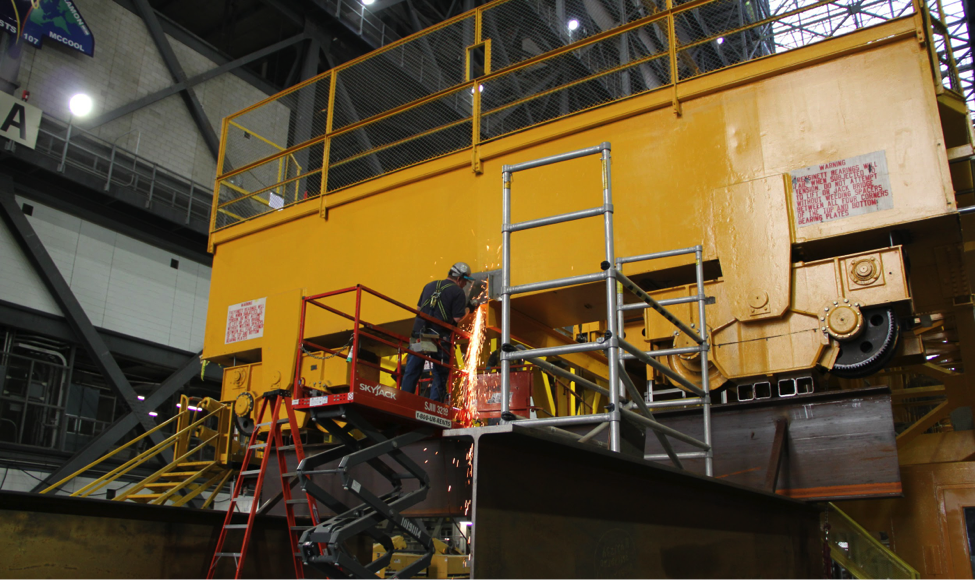 The enormous new launch vehicle is the most powerful ever developed and will be designated for deep space exploration. The configuration of the Space Launch System will allow it to be coupled with a human housing capsule, the Orion Multi-Purpose Crew Vehicle for the eventual journey to Mars. New platforms will encase the rocket and spacecraft in a section of the VAB’s 3,664,883 cubic meter space to provide access for testing and systems check prior to that historic launch.

While the SLS is still being built, I was able to visit the Orion spacecraft after it was driven across country following a test launch. This was the first time I’ve ever come close to a vehicle intended for space travel and the moment I began to believe that NASA had a feasible plan for landing humans on Mars. The design of Orion is reminiscent of the Apollo Command/Service Module that returned Astronauts safely to Earth after their exploration of the Moon. The space-age tiles that line the capsule were seared by the heat of reentry and showcase the engineering prowess utilized in its development. 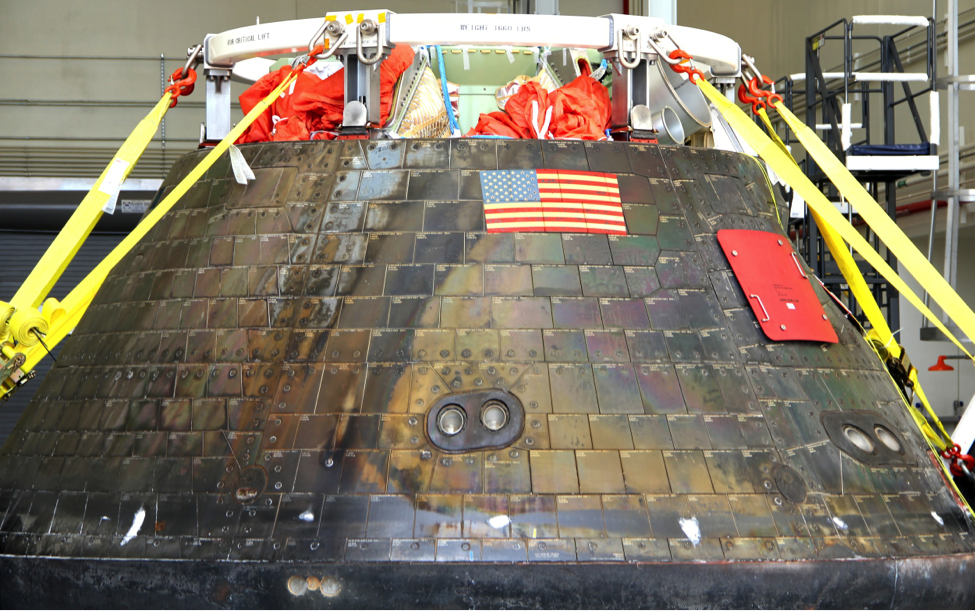 After attending the ‘State of NASA’ event where Administrator Charles Bolden’s stood in front of Orion and ensured the world that Mars was the primary focus of the agency’s future, I became fully invested in this mission. The timeframe for taking those first steps on the red planet is ultimately unknown but the consensus places it around 15-20 years from now. Having to find ways to satisfy my new curiosity, I continued to explore the various infrastructures needed to accomplish such a complex feat.

Growing up in New york City, I’ve seen plenty of contractors working on skyscrapers and never thought much of it. That changed when I first saw the towering Mobile Launcher sitting just north of the Vehicle Assembly Building. Originally built for the Saturn V rocket during the Apollo program, the structure is comprised of a tower and base that will now help rollout and launch the SLS into deep space. To accompany the enormous size of the SLS and its powerful boosters, contractors were busy working at all levels including the very top of the 400-foot tower. It’s not really the height that rattled my nerves but the seemingly skeletal design. Think of the Mobile Launcher as the steel infrastructure of a manhattan skyscraper—not exactly a safe environment for people. 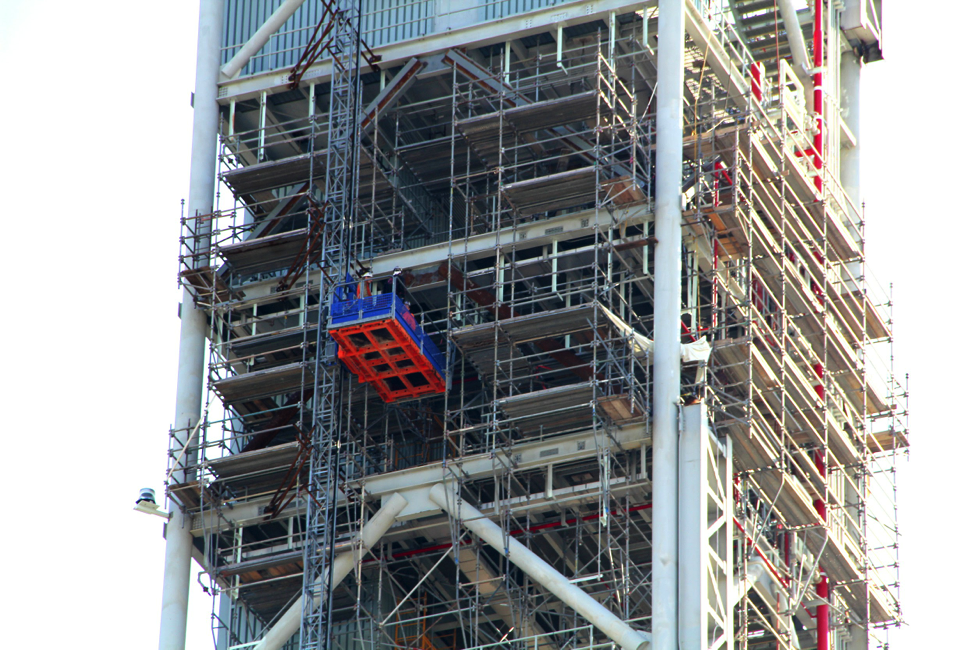 On my next visit to the Mobile Launcher, NASA handed me a hard hat and  invited me to climb to the top of the tower. How could I pass this up 19 years after ordering Apollo 13 on pay-per-view without telling my parents? Knowing that past Astronauts have used the launch tower and future explorers would walk up those same steps to take the old elevator, gives you a real sense of experiencing history. Why did NASA let myself and other journalists have this kind of access? Because they need the public to know that Mars and deep space is in reach. 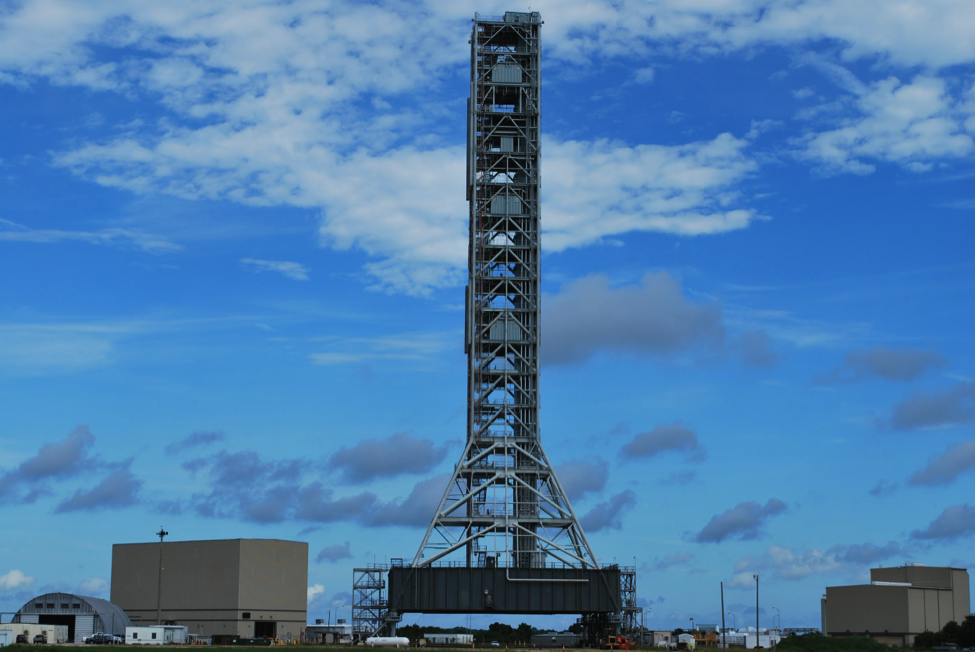 Fast forward 20 years. We’ve got the Space Launch System coupled with the Orion Spacecraft being rolled out of the Vehicle Assembly Building using the Mobile Launcher. Reporters from major media outlets are on-site while spectators line the beach and surround Cape Canaveral. Everyone is there to view the launch that will transform humanity into a two-planet species. On TV screens and web browsers around the world, people are watching a live feed that is fixed on Launch site 39b—a historic location I was able to briefly visit and photograph. 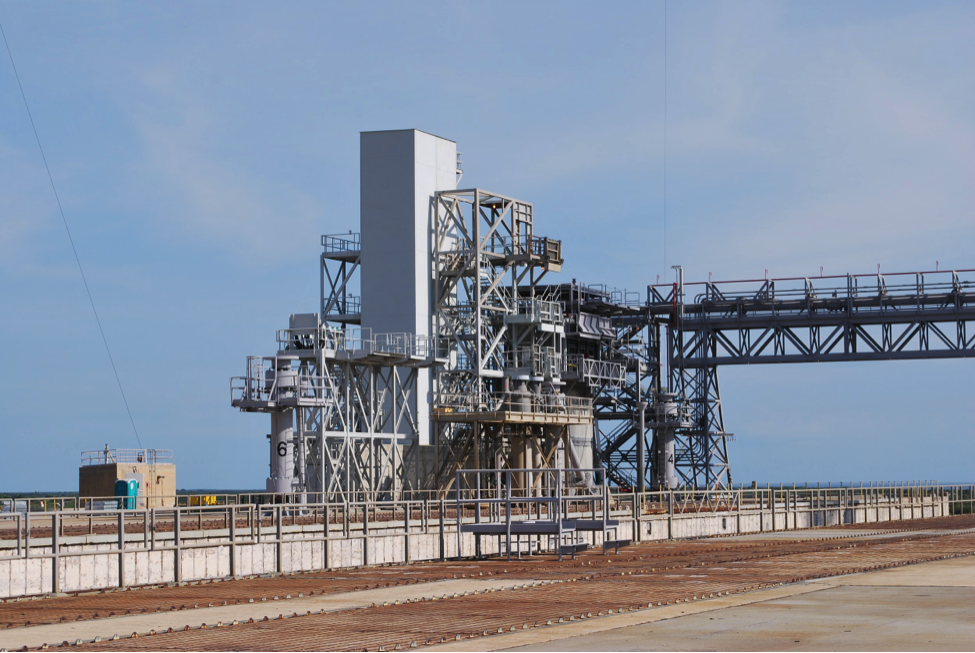 This location is currently under construction and will soon help NASA return to manned space flight. The first test-launch of the SLS is being planned for 2018 and will utilize the refurbished launch pad. This is another example of an old NASA dog learning some new tricks. Once facilitating the liftoff of Apollo and Space Shuttle missions, Launch site 39b will now be the ultimate stepping stone in humanity’s journey to Mars.