This morning, Penguin Books’ Canada imprint tweeted out this message to 25,000 excited followers:

We spy a group of girls with dragon tattoos in downtown Toronto. #theGIRLisback pic.twitter.com/iXq0xJ3iFw

The publisher arranged for a group of women dressed as Lisbeth Salander, everyone’s favorite Swedish computer hacker, to fan out across Toronto and distribute promotional leaflets. The marketing push, which used the hashtag #theGIRLisback, is pegged to today’s release of The Girl in the Spider’s Web, the latest installment in the series featuring Ms. Salander and crusading journalist Mikael Blomkvist.

This is too easy. pic.twitter.com/Vs7nG8llIX

This is boring. I've got real work to do. Goodbye. pic.twitter.com/ZPPPHs6RQ1

The publisher had a good-natured reaction when it got “control” of its account back:

Wow. We're back online now. Quite the morning. Thanks for passing through, Lisbeth. #theGIRLisback

Spider’s Web has a first printing of 500,000 copies, but the anticipation from readers has been coupled with criticism from Eva Gabrielsson, the partner of the late Stieg Larsson, who wrote the first three Salander/Blomkvist books. She believes that the new book, written by David Langencrantz, is a simple cash grab by Penguin and will soil Mr. Larsson’s legacy.

But given that the three previous books in the series have sold 80 million copies worldwide, Penguin probably doesn’t have much to worry about. 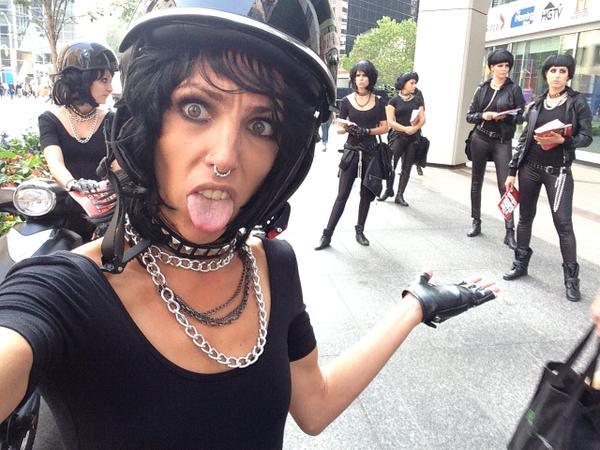