Black and white was the name of the style game at yesterday’s Opening Ceremonies of the much-anticipated tennis tournament. Though some kept it casual in tank tops and jeans while others sported more formal looks, most attendees stuck to black and (tennis) white, color-wise.

Actress Amanda Seyfried went for a ’60s-inspired look with a black and white dress, black heels, rose-tinted glasses and a center part, of course.

Tennis star James Blake’s suit might have been more charcoal than black, but the athlete still kept things monochromatic with a white shirt and tie.

Former The View co-host Rosie Perez also arrived in jeans, though opted for a black, instead of white, tank.

Martha Stewart wore a white cardigan over a mostly-black shirt, save for a vertical beige stripe easily mistaken, at first glance, for skin.

We should probably mention there was one notable guest who did not stick to the black-and-white uniform—one particular tennis-loving fashion editor who doesn’t bend to anyone’s rules. 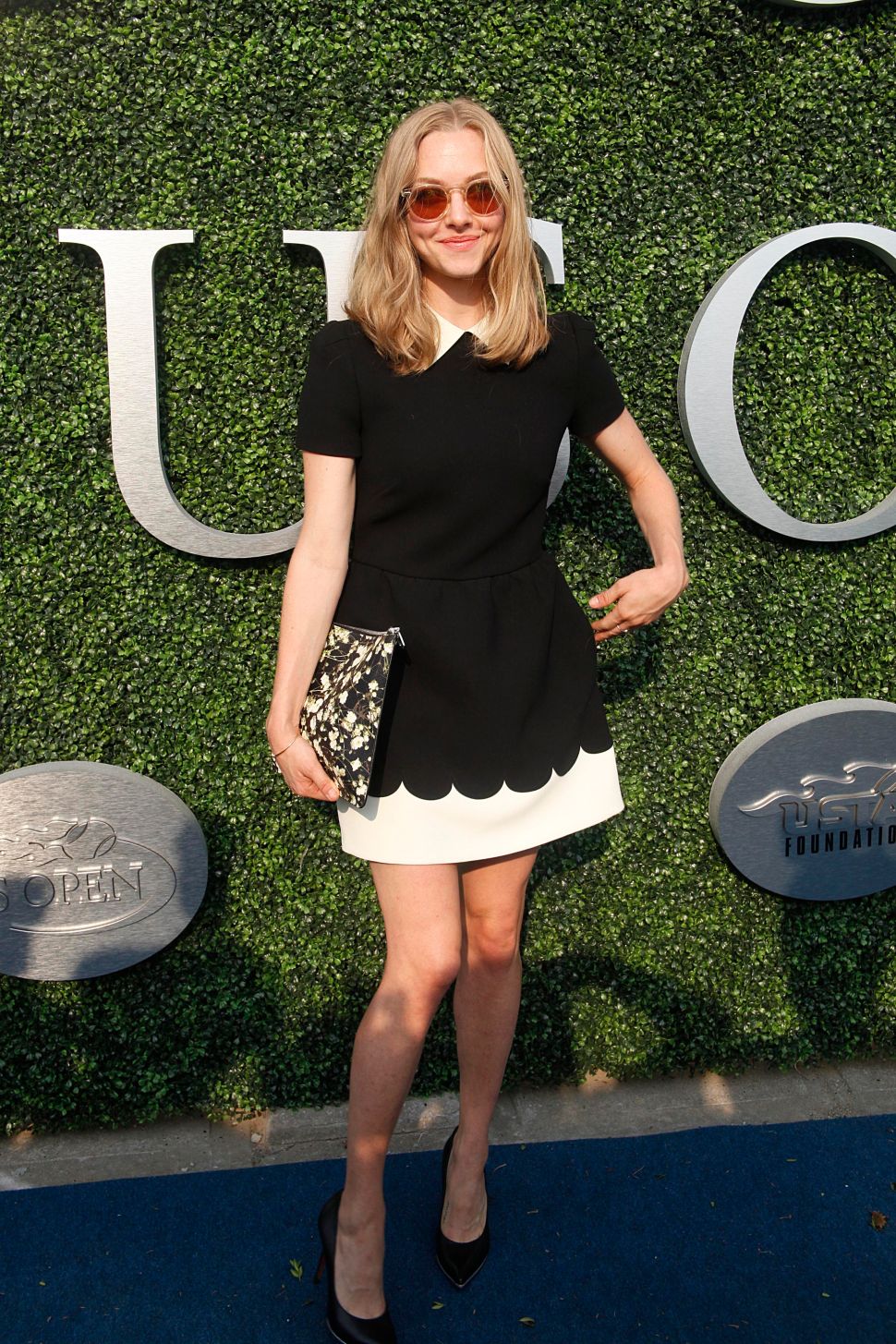