Francis’ arrival in the United States is greeted eagerly by labor, immigrant rights and social and economic justice organizers. People from various faiths and political beliefs I’ve spoken with all seem equally excited, as he speaks to the hopes and aspirations of so many working families.

In the face of a growing divide between the wealthy and working families in this country, those of us in the union movement are deeply moved by Pope Francis’ words and actions in support of workers fighting for their rights and for economic equality.

While Republican presidential candidates debate which of them is more anti-union, Pope Francis has been reaching out to immigrant and low-wage workers and supporting them in their hopes and in their struggles. He asks us to remember those who are marginalized, and that we live up to our obligation to create a society built on dignity and equality, not one based on fear and divisions.

As Pope Francis  said in 2013, “A society open to hope is not closed in on itself, in the defense of the interests of the few. Rather it looks ahead from the viewpoint of the common good…There is no social hope without dignified employment for all.”

Dignified employment is the very foundation of the union movement, and today’s growing income inequality demands that we protect the rights of all workers, and advocate for jobs that allow for a path to the middle class.

One of my union’s members wrote a public letter anticipating the Pope’s visit, saying “whether we are nurses, lab techs, or housekeepers – all of our labor contributes to the well-being of our patients. A union contract serves the common good, bringing with it the social hope called for by Pope Francis.  My union is the vehicle for providing a job with dignity, a job that is also of service to the community.”

For forty-one years, Health Professionals and Allied Employees (HPAE) members have fought for dignity and rights for all health care workers, so that we can provide quality health care for all. Our union contracts provide essential protection against unfair treatment and unsafe working conditions, while enabling us to achieve a secure future for ourselves and our families.

Like many religious traditions, Catholic social teachings call for the recognition of the rights of workers to organize, and stress the importance of dignity at work.  But in recent years, the message hasn’t always reached the workplace, or resulted in active support for workers’ rights. Some religious hospitals and schools fiercely oppose unionization for their workers, and many politicians are publicly attacking workers’ rights.

Those attacks directly conflict with the Pope’s views. Expounding on the theme of the dignity of work, Francis said: “We do not get dignity from power or money or culture. We get dignity from work.” He noted: “Work is fundamental to the dignity of the person. Work, to use an image, ‘anoints’ with dignity, fills us with dignity, makes us similar to God who has worked and still works, who always acts.” He ended his homily with the admonition: “I address a strong appeal that the dignity and safety of the worker always be protected.” A union contract fulfills that appeal on many levels.

The ‘Fight for 15’ to raise the minimum wage, and the fight for earned sick leave are important ways labor and community groups are working together to bring dignity to work,  as well as honoring our commitment to families.  We need not only our own voice, but the voices of faith, community and elected officials to amplify the Pope’s message, and to recognize that when workers are able to collectively speak for themselves, we raise up our whole society.

“Let us not be afraid to say it: we want change, real change, structural change,” Francis insisted, highlighting labor, along with access to affordable housing and land, as “sacred rights.” When he met with unemployed Italian workers in 2013, the Pope had stark words for business leaders dodging their ethical responsibilities. “Not paying fairly, not giving a job because you are only looking at how to make a profit — that goes against God,” he said.

“Just the fact that he is coming here…. has brought renewed hope to the people all through the labor movement,” said AFL-CIO President Trumka. “He is coming here in a moment of renewal,” Cardinal Wuerl added, “His focus will be to energize the faithful and through that, give new hope to the whole community.”

The whole community.  That is the real message, uniting the vision of dignified work  with faith and community organizations, reminding us all that our mission is not just about wages, but about just and fair wages and working conditions, and about raising our families towards a better future.

Ann Twomey is the founder and president of the Health Professionals and Allied Employees (HPAE). 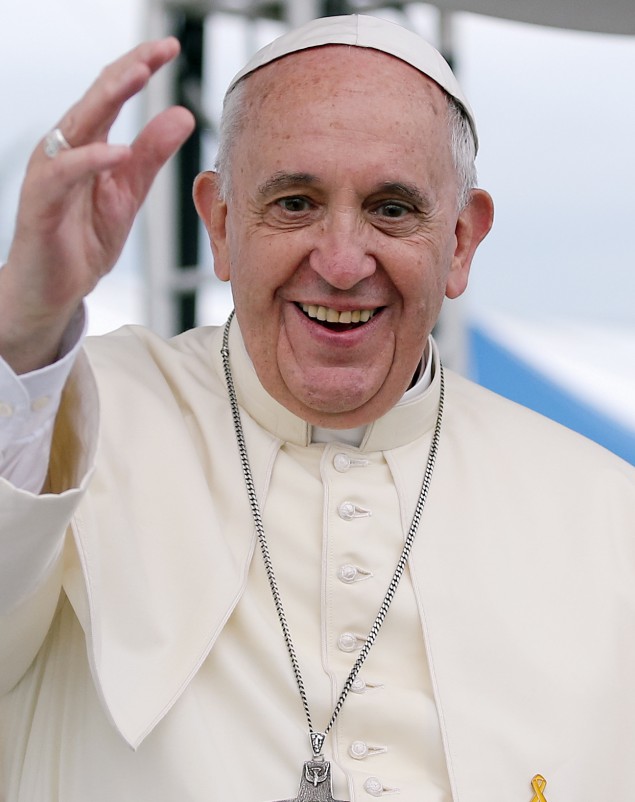