The most-watched New Jersey contest of 2016 just got either more interesting, politically incestuous, or both.

Former Paterson Deputy Mayor Awni Abuhedba is getting into the Ward 6 Council race, largely anticipated to be a highly competitive affair as veteran incumbent Andre Sayegh seeks to reclaim his seat in the face of educator Al Abdel-aziz, a friend turned rival.

Sayegh ran a vigorous losing campaign for mayor last year and lost to Jose “Joey” Torres. Now Torres has the warpaint on and wants to scrub the decks of Saeygh, a longtime irritant who contributed as a third mayoral candidate to Torres’ infamous 2010 reelection loss to Jeffrey Jones.

There were already head-turning implications in Abdel-aziz’s run against Sayegh based on his history of friendship with the incumbent councilman.

Sources say Abdel-Aziz has the persistent and dedicated support of the mayor, who two weeks ago sat down with Passaic County Democratic Chairman (and State Democratic Party Chairman) John Currie.

Abdel-Aziz is a party captain in Ward 6 and – like Sayegh – a staunch party loyalist who swears this is his time, which means Currie will have to face a decision about whether to get involved locally again and, if so, on whose behalf. The best the mayor may be able to hope for is neutrality from Currie. The chairman went all in for Sayegh last year only to be left with the humiliation of Torres’ victory.

At the moment, Sayegh’s allies are rejoicing over the presence in the contest of a third candidate who can conceivably muddy the dynamic of a mano-a-mano.

EDITOR’S NOTE: Abuhedba later this afternoon claimed the report that he is a candidate is wrong and told PolitickerNJ that he will not run as long as his nephew is a candidate. 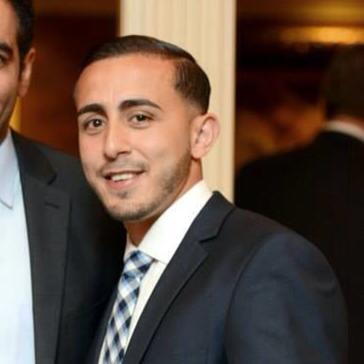