Hundreds gathered at the site where the twin towers once stood Friday morning, in remembrance of the 14th anniversary of the September 11 attacks. The crowd—mostly family members—paid tribute as the victims’ names were read aloud. “It’s peaceful for us,” Denise Matuza, whose husband was killed, told the Times. “It’s not stressful for us. This is where we find peace.” Multiple people held posters and photographs of their loved ones and images of the twin towers. Some, like Ms. Matuza are worried that the area has become more of a tourist attraction that teaches history than a place to mourn. “They remember it like they remember Pearl Harbor,” she said. (New York Times)

A G train derailed north of the Hoyt-Schermerhorn station in Brooklyn last night. According to the MTA, 80 passengers were walked through the 4-car-train and tunnel to the Hoyt-Schermerhorn Street Station. “The train leaned noticeably to the right, then the lights cut out. Backup power came on shortly after and the conductor helpfully announced ‘Um…sorry for the delay’, which he then repeated about every two minutes for the next ten minutes,” said one passenger. Two people were taken to the hospital with minor injuries and no serious injuries were reported. The G train has limited and extremely limited service today. (Gothamist)

Another story has got Twitter users up in arms. Earlier today, The New York Times’ Style section published ‘Hobo Chic From the Bindle Bros. of Brooklyn,’ a profile of two brothers who make and sell hobo accouterment in Williamsburg, such as “artisanal bindle bags” that cost up to $350, prompting many Twitter users to declare “Nothing has more strongly indicated that it’s time for me to move out of Brooklyn,” and “Alright, time to shut down Brooklyn.” The catch? It was all a hoax. A few paragraphs in, the story actually reveals that the brothers are a skit invented by Kemp Baldwin, a comedy writer and director. (New York Times, Brokelyn)

A London judge has ruled that a Banksy mural must be returned to Britain because it has failed to sell in the United States. Currently held in an independent storage facility in New York, the mural, Art Buff, was once valued at more than $720,000. The mural was painted on the side of the Folkestone amusement arcade Dreamland as part of a public art project last year before it was removed and sent to Kreszler Gallery on E.62nd. The law firm representing the Creative Foundation Charity, where the mural will be delivered to, said in a statement, “the verdict will impact art law and future cases involving Banksy’s and other street art.” (Crains New York)

The last living search and rescue dog from Ground Zero was recently given a day-long birthday celebration in New York City. Bretagne and her owner, Denise Corliss, were part of Texas Task Force 1 that were deployed to New York on Sept. 11, 2001. The company BarkPost flew the dog and her family in from Texas for an all-expense paid celebration. During her day, Bretagne took a ride in a vintage taxi, played with toys and indulged in a gourmet cheeseburger. (USA Today) 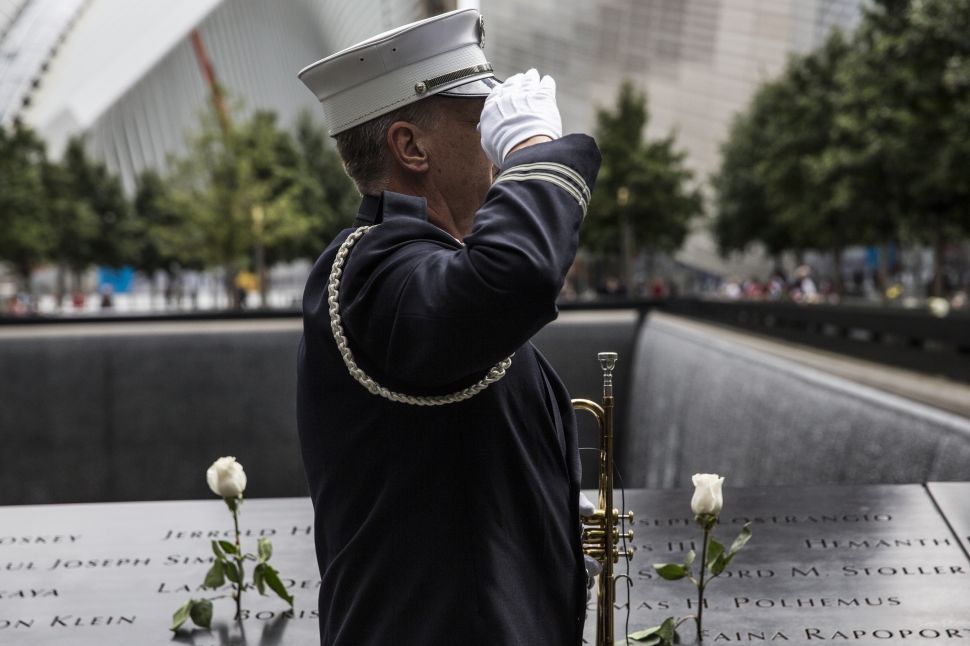