Governor Cuomo will likely be facing a suit from New York nail salons over a new requirement for the salons to purchase wage bonds. The Korean American Nail Salon Association of New York and the Chinese Nail Salon Association of East America will bring the suit to courts claiming that the regulation is discriminatory to Asian salons, especially those with female owners. Many salon owners are first generation immigrants who the suit says cannot afford the bonds. The new state requirement says that wage bonds must be purchased if salons have unpaid wages, and was put in place in response to worker abuse reported in salons. (Crain’s)

Five students from Baruch College are facing murder charges in a Pennsylvania court for freshman Chun Hsein Deng’s death in 2013. A total of 37 fraternity members will face other assault and hazing charges. Mr. Deng, 19, who went by the name Michael, died in December of 2013 after being hazed by fraternity brothers from Pi Delta Psi. The incident occurred at a retreat in the Poconos—Mr. Deng was blindfolded and forced to wear a backpack filled with sand. Members of the fraternity tackled him while he tried to maneuver his way across the lawn. (NBC New York)

Smart cabs will soon be roaming the streets of New York. The United States Department of Transportation has given $20 million to make streets safer in the city by putting new technology in about 10,000 cars and taxis. The Connected Vehicle Safety Pilot Program will increase communication between cars on the road using wireless technology that gives cars warnings in real time. The program aims to ease traffic and prevent accidents. (DNAinfo)

Former State Assemblyman William Scarborough of Queens has been sentenced to 13 months in prison after submitting $40,000 in false expense vouchers for days he did not actually travel to Albany. He was also sentenced in a state court for taking over $38,000 of his campaign money for personal use. He was ordered to give $54,355 in both state and federal penalties. Mr. Scarborough resigned from his office in May after pleading guilty. (New York Times)

A desnuda in Times Square brought her topless daughter to panhandle with her on Monday. Police told the topless woman, Maria Diaz, to put clothes on her toddler. Both mother and daughter had black hearts painted over their chests. Tourists did not ask the mother-daughter duo for any pictures, and the two left without having gathered any tips. (New York Post) 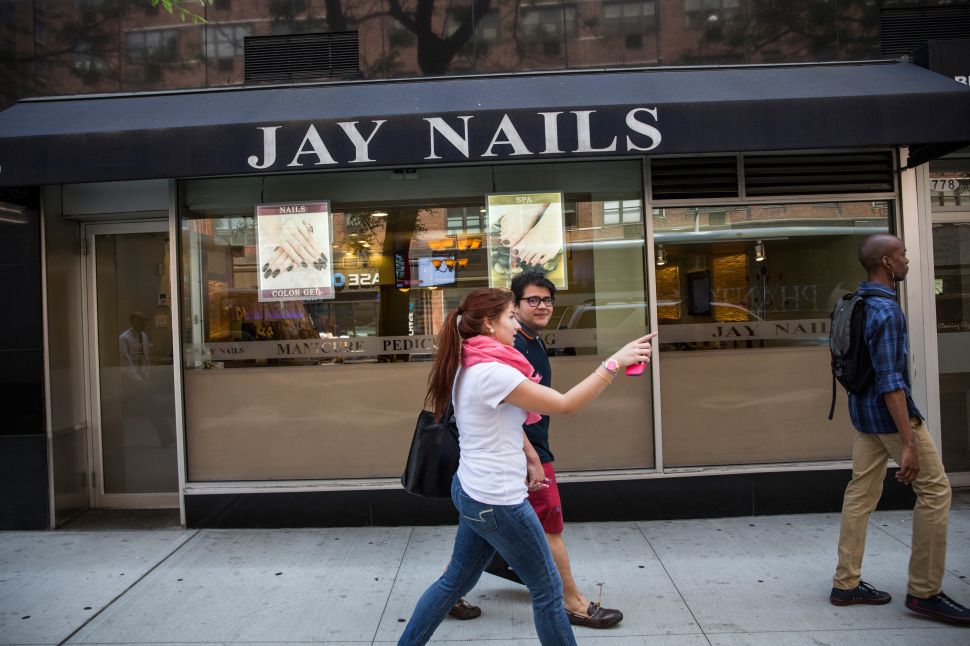