A judge in Queens has ruled that yellow cabs have no option but to compete with Uber and other private ride companies. Justice Allan Weiss of the Queens Supreme Court issued a ruling Wednesday making it legal for companies to compete with yellow cabs using apps and electronic devices. While the 80-year old industry fears that pre-arranged car services like Uber and Lyft will soon make the $10 billion yellow-cab medallions obsolete, Judge Weiss wrote “Any expectation that the medallion would function as a shield against the rapid technological advances of the modern world would not have been reasonable.” (Crains)

Just in time for Pope Francis’ visit, St. Patrick’s Cathedral is ready to flaunt its renovations. The 127-year-old church needed major updates for years, which have since taken about three years to complete. The New York Archdiocese plan for improvements totaled about $187 million. The Cathedral is set to welcome the pope with a new façade and doors, ceiling, altar, and re-vamped stained glass windows. (AM New York)

The homeless are using a hashtag to make their voices heard. #HandsOffTheHomeless, launched by a group of homeless people living in the large encampment on 125th street, is targeting the mayor’s recent homeless policies. At a rally earlier today, protesters were encouraged to “Tweet @billdeblasio” using the hashtag, in order to discourage the mayor’s initiative to break up the encampment, which houses homeless drug users. (New York Post)

New York Public libraries is extending its hours and will soon be open six days of the week. The libraries, which have received $43 million in funding in The Bronx, Manhattan, and Staten Island branches, will celebrate the bump in funds by opening this Sunday, hiring new staff members, and expanding hours to almost 48 per week.(DNAInfo) 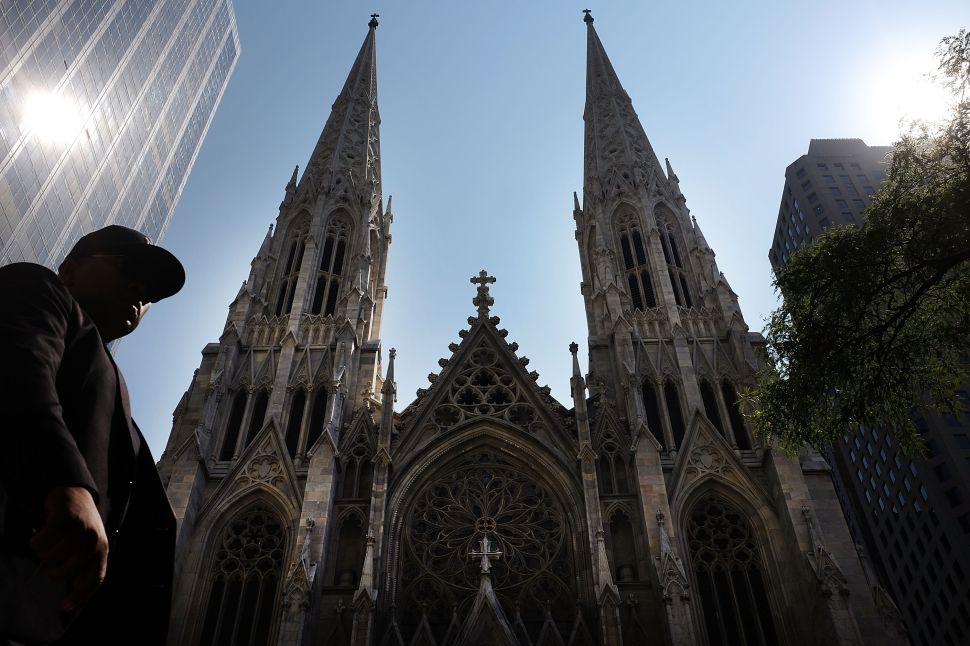