Mayor de Blasio was joined by Cardinal Timothy Dolan in the Bronx today to outline a plan on improving the city’s homelessness. Mr. de Blasio and the Archdiocese of New York announced that, together with social services, they will provide up to 150 beds for the city’s homeless population before winter sets in. The announcement follows Commissioner Bratton stating on Tuesday that he will focus on resources in Harlem on 125th Street, where homelessness is a significant issue. The plan is a joint effort to use buildings in the Archdiocese’s portfolio for affordable housing and other emergency shelter services. (CBS News)

Ahead of the Pope’s arrival tomorrow, Vatican flags outside of St. Agnes Church have been stolen twice since last week. The first flag was taken last Thursday, the same day it had been put up on the church at East 43rd Street near Third Avenue. The midtown church then put up a second flag this Monday, which was stolen yesterday morning. During this last theft, the church’s American flag was also stolen. The police have dusted the scene for fingerprints. (New York Post)

A man has died in Manhattan after reportedly jumping in the Central Park reservoir yesterday afternoon. 911 responded to a call around 1:00 pm near Central Park West and 90th Street, after the 27-year-old Bronx resident allegedly jumped into the . The man was taken to St. Luke’s-Roosevelt Hospital, where he was pronounced dead. (Gothamist)

An NYPD safety agent was charged last night for hitting his son with a cooking pot after catching him smoking pot. Juan Lopez, 62, found his 27-year-old son smoking inside his home in Washington Heights at about 9:30 pm. The two men proceeded to get into an argument, which led to Mr. Lopez grabbing a pot and hitting it over his son’s head, causing lacerations to his ear. He was later arrested and charged with assault and criminal possession of a weapon. (amNewYork)

What began as a common Yelp review has become the center of a $1,000 fine. Staten Island resident Emily Fanelli bashed the owner of a floor refinishing business on Yelp, claiming he was a “liar” and a “con artist.” Although the 67-year-old stands by her comments and defends them as freedom of speech, Staten Island Civil Court Judge Philip Straniere declared Ms. Fanelli’s review, and other reviews on Yelp, had “crossed the line,” ordering her to pay the business owner $1,000. Ms. Fanelli said that she is planning to appeal. (Daily News) 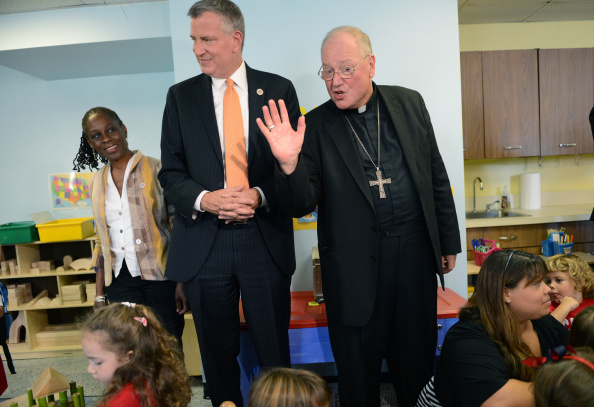