Coyote Ugly, artist Agathe Snow’s performance and installation that opens tomorrow, attempts to tackle the multi-faceted experience that moving to America is. And Ms. Snow should know—the Corsican artist was herself an undocumented immigrant for many years, she told the Observer in an exclusive interview about her new project.

“Basically for five years after I overstayed my visa I was in limbo,” she said. “I couldn’t leave the states… if you leave you can’t come back.”

Eventually her marriage, to the artist Dash Snow, which ended before his death from a heroin overdose six years ago, gave her status, but not before she realized that the journey to an American green card was not quite the romantic tale of storybooks and films.

“My grandparents venerated America,” she said. As Tunisian Jews, they saw the U.S. as a savior to their people and all that stood between them and Auschwitz. “I had such a beautiful idea of it all,” before living it, she said. And that is part of her mission with Coyote Ugly: to “redeem” that beautiful idea.

“There is nowhere like this, where you can be young and possibilities and ideas,” she said, but that doesn’t make the journey easier. In addition to her own experience as an undocumented immigrant, she said she met many refugees and fellow undocumented migrants washing dishes at her mother’s restaurant in Manhattan when she was young. She also hired many laborers to make her massive installations of fiberglass and foam core, and a number of them turned out to be undocumented as well.

So she listened as they told their stories—both of coming here and staying here. Of repeated arrests for not having a driver’s license, of sharing a passport with eight family members, of being married off to a relative’s friend in exchange for the hope of a passport.

One tale in particular stuck with her: a Guatemalan woman she knows from Greenport, Long Island, where she lives with her second husband, told her about her journey, via coyote—a hired human smuggler—at the age of 18, with her then two-year-old daughter. One member of their expedition died during the trip, and the woman and her child nearly starved.

“It was the most harrowing story I’ve ever heard,” Ms. Snow said. Now, she is providing a forum for others to tell their stories.

Coyote Ugly is a four-part performance series. The bi-weekly events will be every Saturday afternoon and Wednesday evening from tomorrow until September 26 at the Albertz Benda gallery on West 26th Street.

The first performance centers on “what America means,” Ms. Snow said, with the second looking at the actual trip to the states. The third one looks at the “realities of about American soil,” while in the fourth, every attendee will be invited to share what they miss about the homeland they’ve left behind.

Ms. Snow hopes to hear other stories, and to provide a space for the undocumented to share their thoughts on both the immigration experience and the American experience. But of course, everyone is invited.

The journey of the Guatemalan woman who inspired Ms. Snow ended on a happy note, with a peaceful second marriage, another child and eventually a green card for her and her daughter. But the woman also said she never fully integrated. For instance, she could never date Americans, because they didn’t understand what she’d been through, which has became an integral part of her.

“She had this mistrust, even though four of her sisters married Americans,” Ms. Snow said. But she never could. “She said ‘dating an American was like dating an alien.’” 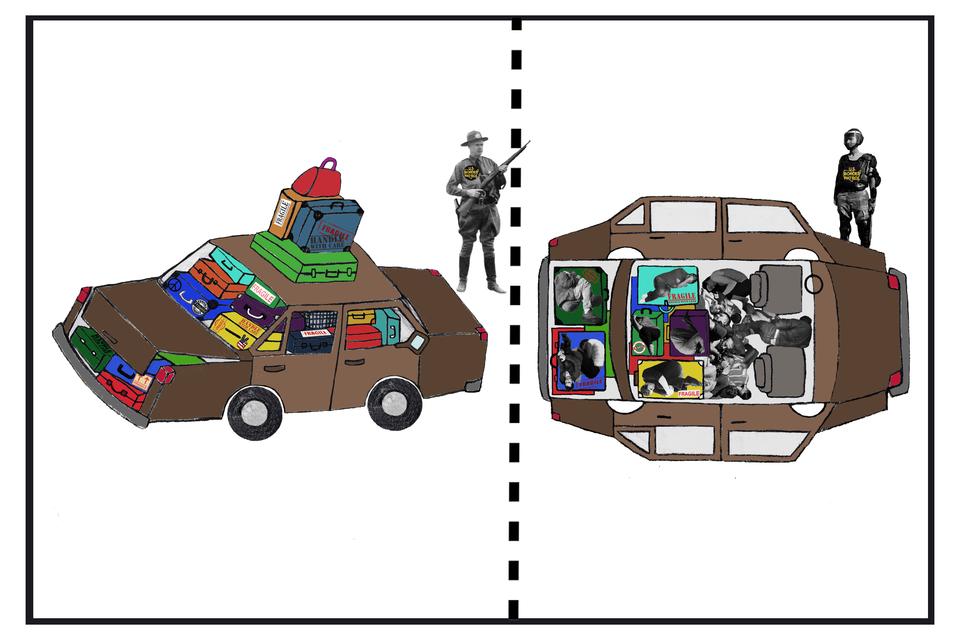