A judge today denied former Assemblyman Willis Edwards‘ appeal to keep his job in the City of Orange. He’s got to clear out his desk and vacate his job as deputy business administrator by tomorrow.

The political enemies of Mayor Dwayne Warren hope Edwards’ departure signals the beginning of the end for Warren, who’s up for reelection in May of 2016. The mayor rode to victory in 2012 on a wave of anti-public sector union sentiment targeting incumbent Eldridge Hawkins, who signed onto Gov. Chris Christie‘s public pension-benefits overhauls.

Rammed into office partly on the strength of labor muscle looking to exact payback on Hawkins, Warren turned around in 2013 and, at the urging of Essex County Executive Joe DiVincenzo, backed Christie for governor.

So he has his enemies, this mayor, who will have to tangle with East Ward

Although he will be able to count on DiVincenzo for support, one of those alienated power players expected to involve himself deeply in next year’s race is state Senator Ray Lesniak (D-20), who wants to get rid of Warren.

Warren used to work as an attorney for Wiener Lesniak before relations soured and he lost his job.

A source today told PolitickerNJ that Anthony Salters, the new Democratic Chairman for Hillside, has already signed on to run Coley’s campaign against Warren. 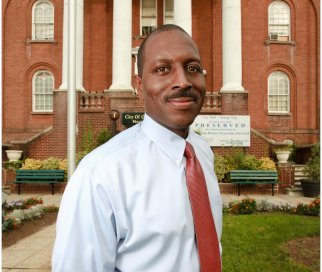