This has been a tough week for the Jewish People.

This past Wednesday Senator Barbara Mikulski of Maryland announced her decision to vote in favor of President Obama’s nuclear agreement with Iran. With her announcement, she guaranteed Obama’s ability to sustain an expected Congressional veto of the deal. A day later, three more Democratic Senators released statements in support of the nuclear agreement. Among them was my soul-friend Senator Cory Booker of New Jersey whom I have known close to a quarter century. I have made no secret of my deep disappointment with his grave policy error. Friends must be candid and honest with each other, especially when it comes to life’s most important issues and a threatened genocide of the Jewish people is as important as it gets.

By the end of the week, it had become unbearably clear: the deal’s opponents had lost. Capitulation to Iran was all but unstoppable.

Also clear was the unfortunate fact that all of the myriad Jewish efforts to stop the catastrophic deal were laid to rest in a forlorn and dusty tomb. The full-page newspaper ads, the marathon lobbying, the call-a-congressman campaigns, the multitudes of Jewish and pro-Israel activists pouring into New York City streets on a balmy Tuesday evening to voice their outrage at the dangers of the deal — they had all, it seemed, been entirely in vain.

Adversaries of the Jewish community certainly see it that way. Anti-Israel websites triumphantly proclaim, “The Israel Lobby is Dead!” In synagogue this past Sabbath I noticed a downcast and sullen air. Everyone I spoke to could offer little more than their unhappy acceptance of a painful defeat. The American Israel Public Affairs Committee (AIPAC), a political titan of the American Jewish community and Israel’s steadfast defender, had sworn in July to oppose this deal “with the entirety of our institutional resources.” They went all-in but were decisively defeated in the space of six weeks. And the price was stee. Israel had, according to many, become a partisan issue as a result of the contest. Israel, too, had not made itself any more popular by so bitterly fighting the deal. Now more than ever, people were chastising Prime Minister Netanyahu for meddling in American foreign policy and contributing to the political polarization of the pro-Israel Community. Was it all worth it?

The American Jewish community had, for the most part, embarked on an antagonistic crash-course with the President, and had done so aggressively. No doubt, argued many, we had alienated the most powerful man on earth in the process. Israel itself, they say, might bear the political costs of this battle for decades to come.

Amid all of this pain, doubt, and concern, I offer a message of hope.

It’s a message that hit me as I spoke with my dear friend and confidante Michael Steinhardt, the renowned mega-philanthropist and co-founder of Birthright Israel. Though a former Chairman of the Democratic Leadership Council, Michael had, from the start, become a vocal opponent of the deal, assuming a bold and unflinching stance on the security of  Israel and America. He even joined me and The World Values Network in authoring and publishing an open letter to the Senators of New York and New Jersey in The New York Times, calling on them to keep true to their promises to stand by Israel’s security and oppose the Iran Deal. After President Obama clinched victory last week with Ms. Mikulski’s pledge of support, Michael and I spoke about whether the battle was worth it.

There can be no doubt that it was.

I told Michael, one of the great Jewish leaders of modern times, that he, along with Charles Bronfman, Miriam and Sheldon Adelson, and other great Jewish philanthropists, had brought over 500,000 young Jews to Israel with the Taglit-Birthright program. Every single one was brought to a bare and arid rock in the middle of the unbearably hot Judean desert. It’s known as Masada, and when the busses pull up, no one seems excited. Far from swimming in the beach or dancing in a Tel Aviv club, they’re about to hike in the intense heat of a desert for hours. Yet, by the end of their tour, almost everyone is emotional and uplifted like few other Jewish encounters. Most recall it as the inspirational peak of their ten day tour throughout all of Israel.

I asked Michael, why are they so inspired by Masada? Even more, what so inspired you about Masada that you made it one of the most important stops all Birthright trips make?

After all, Masada could be understood as a giant symbol of Jewish defeat. 960 Jews had gathered there to defy the Roman armies after the Temple and Jerusalem had been destroyed, and every single one (save three) was slaughtered, a great many by their own hand. They never managed to regroup, retreat, or even disband. They all died in a great Roman triumph.

But, somehow, Masada isn’t a symbol of defeat. Far from it. Masada is the one of our key physical sources of inspiration. Jewish youth arrive and literally begin to cry there. Elite IDF units are brought to receive their hard-earned berets there. Because Masada is not a symbol of Jewish defeat but Jewish resistance. Like the fighters of the Warsaw ghetto in 1943, they knew they faced insurmountable odds. But they never surrendered.

They were never there for victory. Facing the might of the Tenth Roman Legion, they hardly stood a chance of winning. But winning was never what they sought.

On the contrary, they gathered on that abandoned desert fortress for the sake of Jewish defiance.

They were means, rather than goal, oriented. They were there to stand up to the might of Rome even if they lost. But they would die as free men. They would never be Roman vassals. They were there to show Rome that despite their might, and regardless of their power, the Jewish people would not back down.

One of King David’s most famous Psalms reads, “For Zion’s sake I shall not be silent.” And so too, they, and now us, for Zion’s sake, chose to stand up and speak out. We may not have won the battle against the Iran deal but we won the battle against indifference and complacency. Iran says they will annihilate Israel. This terrible deal gives Iran a legitimate path toward acquiring the weapons that could enable this second holocaust. And we fought it tooth and nail as was our obligation.

Our fight was never in vain. We showed the world that when the they put the security of the Jewish people on the back-burner, and when they capitulate to a thoroughly evil regime, and when an American President negotiates for two years without once condemning Iran’s genocidal threat against the world’s only Jewish State — we would not stand down, we would not be silent.

On the contrary, we rose up proud and tall. And that alone made the whole battle worth it.

The word Israel translates literally as “he who struggles with God.” We are a nation that is consecrated to the fight against injustice, evil, or bloodshed. And with Iran being one of the greatest violators of human rights on earth, we brought glory to our cause by resisting them.

And it’s not over yet. There is still a need to pass a resolution of disapproval in the Senate regardless of whether the President vetoes it. There may still be, and probably are, more secret side deals between Iran and the IAEA that might cause American lawmakers to oppose American surrender. And, as I’m convinced President Obama plans to end his term with the opening of an American embassy in Tehran and the appointment of an American Ambassador, our fight highlighted the evil of Iran and the need to never legitimize a brutal and bloody regime,

Shmuley Boteach, “America’s Rabbi,” is the international bestselling author of 30 books including his upcoming “The Israel Warriors Handbook.” Follow him on Twitter @RabbiShmuley. 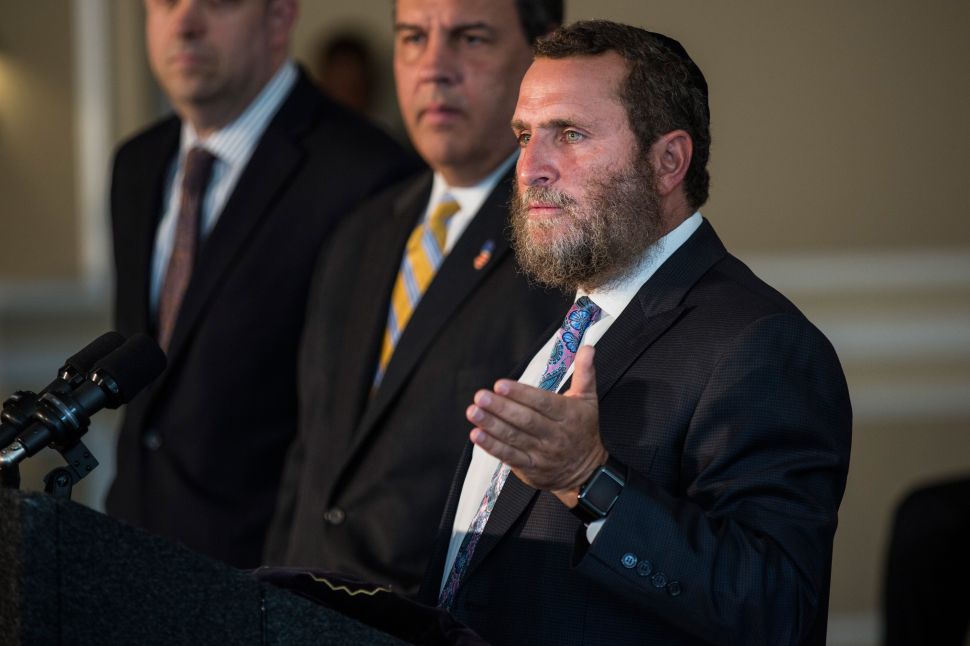