Caffe Trieste is an institution in North Beach with deep ties to San Francisco’s literary and counterculture. When Aaron Peskin, the once, and perhaps future, supervisor from that district proposed meeting there and then proceeded to give me directions, I laughed and told him that I may have moved away from San Francisco decades ago, but I could still find my way to the Trieste. Mr. Peskin is running for supervisor in San Francisco’s third district, which includes: North Beach, a neighborhood once home to legendary figures ranging from Jack Kerouac to the DiMaggio brothers, and whose Italian-American and beatnik roots are still visible; Chinatown; the city’s booming Financial District; the Fisherman’s Wharf area and even parts of the Tenderloin, an area that includes some of the city’s most crime-ridden streets (because San Francisco is both a city and county it has a board of supervisors rather than a city council).

The Trieste didn’t look much different last week than it did when I first hung out there more than 30 years ago. It felt a little bit like a bastion of beatnik calm, complete with graying radicals discussing poetry and politics, in the middle of a very rapidly changing city. Mr. Peskin seemed to know everybody from the barista to the beat cop who stopped in. This was no surprise from a politician who criticized his opponent on, among other things, the grounds that “she doesn’t hang out.” As if to demonstrate this point, his opponent’s office was unable to schedule a time for us to meet while I was in San Francisco.

Mr. Peskin is beginning to feel like a North Beach institution himself. He originally made his mark on San Francisco politics as one of a group of progressive supervisors, who passed a rash of left-leaning legislation in the 2000s. A brash, outspoken and occasionally charming progressive, Mr. Peskin became the leader of that group making it all the way to president of the board of supervisors before being term-limited out in 2008.

Now he wants his old seat back.

Mr. Peskin’s strongest opponent is the incumbent Supervisor Julie Christensen. There is also a third candidate, Wilma Pang, who is not expected to win, but because of San Francisco’s ranked choice voting system, the question of who her supporters list as their second choice could decide the election. If you squint, the race looks a bit like the Democratic presidential primary with an incumbent or frontrunner who is a polished female politician with ample financial and political support, running against a grassroots Jewish progressive. The race, however, is much more than that and is part of an important story for San Francisco and, indeed, urban America more broadly.

Although by national standards Mr. Peskin and Ms. Christensen are both lefties, with strong positions in support of marriage equality, abortion rights and the environment, on a handful of questions, Mr. Peskin is considerably more progressive than Ms. Christensen. These are the issues that have been at the core of progressive politics in recent years, and which most divide what might be called old liberal North Beach from newer, moneyed tech North Beach. A similar division exists in many other neighborhoods around San Francisco.

In a year when San Francisco’s mayor, Ed Lee, a supporter of Ms. Christensen, is running unopposed for re-election, where there is little on the November ballot in most parts of the U.S., the Peskin-Christensen race could emerge as one of the most watched in the country. It will likely be one of the most interesting.

A win for Ms. Christensen, who enjoys strong and lucrative support from numerous tech leaders and entrepreneurs in San Francisco, will suggest that San Francisco may be sloughing off its progressive identity and moving in a different direction. Should Mr. Peskin win, however, that will be seen as evidence, to paraphrase Mark Twain, that the death of progressive politics in San Francisco has been greatly exaggerated.

When asked what his victory would mean, Mr. Peskin told me, “it’s going to be a sign and it will be said that (tech super-investor) Ron Conway and the tech billionaires aren’t going to run SF like a company town…and right-wing opinion makers are out to lunch and wishful thinkers.” Mr. Peskin added that a win for Ms. Christensen would be seen as a “eulogy of the progressives.”

This election for supervisor is the latest in a series of skirmishes between progressives and the tech ascendancy in San Francisco. In the electoral arena, at least, the progressives have held their own, twice winning citywide initiatives aimed at limiting growth along the waterfront in the eastern and northeastern corners of the peninsula on which San Francisco lies.

Battles over whether new companies like Uber, Lyft, Airbnb and others will be able to remake San Francisco in their distinctly less-than-progressive image are at the core of this race, and increasingly urban politics more generally. Ms. Christensen has received significant support from the tech community. Mr. Peskin, for his part, is seeking to put together a coalition of those whose interests lie in protecting the rights of tenants and supporting public transportation. For New Yorkers who paid attention to the recent fight between Mayor de Blasio and Uber, this dynamic will look very familiar.

In the eyes of many San Franciscans, particularly those outside the district, this race is shaping up to be between the supervisor from Uber and the challenger from the 1970s, but that caricature obscures what is at stake there, as well as the challenges for maintaining a progressive politics in a city that is changing rapidly and becoming home to thousands of new residents with good tech jobs and ample disposable income. This is because, despite the rhetoric of both sides, in the Bay Area, tech culture and counter-culture have long had a synergistic relationship. The ethos in San Francisco that anybody can reinvent themselves and that if you stay for lunch you call yourself a native, is the same one that allowed people, going back for decades now, to rethink how technology could work and the role it could play in all of our lives. In a real sense San Francisco’s tech supremacy and progressive legacy, which are now at the heart of this election, are two sides of the same unique Bay Area coin, but that is probably lost on many supporters of both candidates.

For a New Yorker, talking to Mr. Peskin, discussing the race with longtime residents of North Beach, as well as other neighborhoods, and observing the politics of San Francisco more generally, it is easy to see the similarities between the evolving politics of both cities. Mayor de Blasio and Mr. Peskin are politically kindred spirits, both coming out of progressive college campuses of the 1980s and both with strong roots in progressive movements before moving to electoral politics. They have both, with varying degrees of success, sought to speak for residents of their cities and district that have been left out of the tech boom.

San Francisco and New York are different cities with different politics, demographics and economies, but they, more than any other two cities in America, are at the nexus of progressive histories and what are sometimes euphemistically referred to as disruptive economies. The voters of North Beach and surrounding neighborhoods will send a message in San Francisco in November, but observers in New York should take note as we move toward our own citywide elections in 2017. 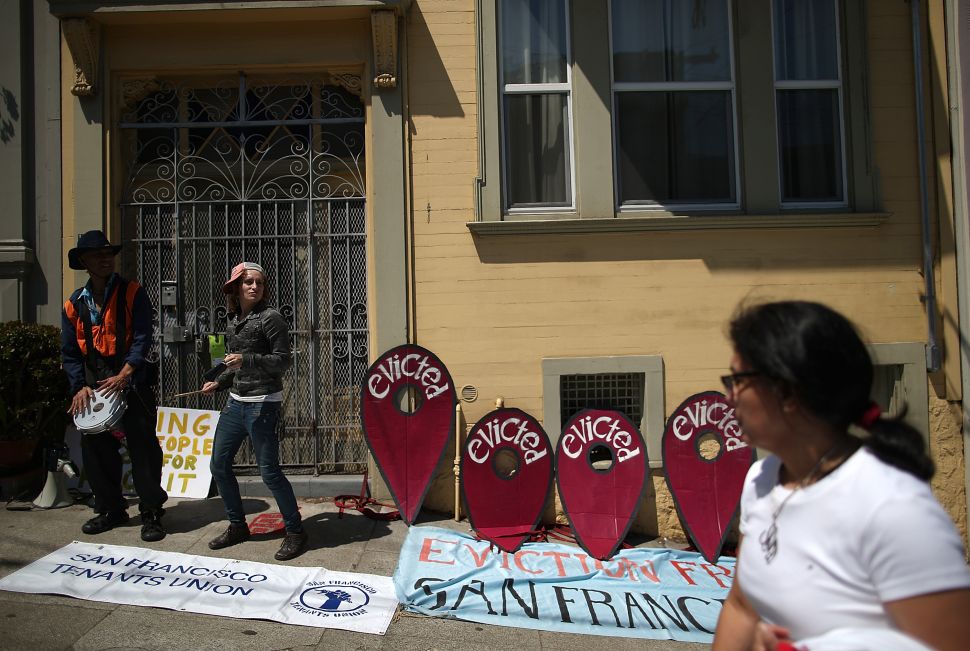