Mere months after Benedict Cumberbatch and Patti LuPone railed against the use of cell phones in theaters, the issue has reared its ugly head yet again. Except this time it’s worse, because a phone company is encouraging this annoying and disrespectful behavior.

Late Monday morning, AT&T tweeted out this photo from its official account, urging users to “catch a winning play at the theater” by watching football on their phones: 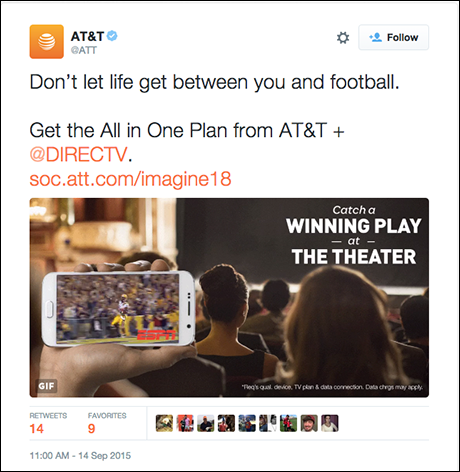 The tweet was deleted by 5 PM, but anger about it has persisted over the last 24 hours. When Playbill tweeted about the incident, AT&T was forced to respond:

@playbill We love and listen to the thespian community. The ad wasn’t to be taken literally and we meant no disrespect.

AT&T also issued a statement, which said “Our ads take place in an alternate reality and are not meant to be taken literally.”

This ridiculous assertion wasn’t enough for many theater lovers, who threatened to leave AT&T over its seeming disrespect for the arts. Rival cell phone companies responded to these disgruntled users, offering competitive deals if they switched:

The Broadway community was also outraged, with many shows and actors issuing tongue in cheek threats to AT&T:

Don't let football get between you and your life. 🎩 @ATT #GGLAM pic.twitter.com/dZ97xF6QmX

How bout u & I park it on a 20 yd line during a game & watch old Tony Award broadcasts on our phones? #andthenwebelt https://t.co/VOQttzWNey

Or stay home because this behavior is against the rules at the theater and totally rude to everyone in the building. https://t.co/dRn29RS1Ha

I'm not worried about @ATT getting in between anything at the theatre because they'd have to have good service to do that.

No, @ATT, an alternate reality is where we all get HAMILTON tickets. #NotMyService pic.twitter.com/4mwoF7c4bI

It is unclear why this “cell phones in theaters” debate even still exists, but sadly there seems to be no end in sight. Here’s hoping that Damn Yankees stay on stage rather than being watched on an iPhone screen in the orchestra. 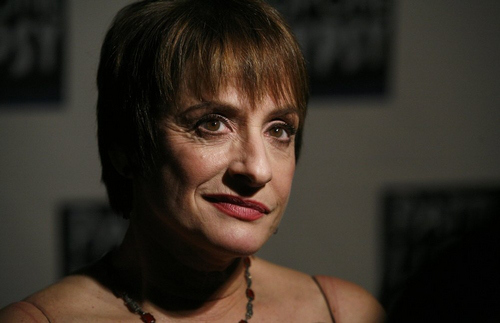