In the latest misfire by an Eastern European cultural institution involving inappropriate Holocaust imagery, the Auschwitz-Birkenau Memorial and Museum installed “misting showers,” recently to “cool off” visitors during a heat wave in Poland.

The administrators apparently didn’t realize that showers were not the best choice of cooling option, given the context, Time reports.

Israeli visitors to the memorial were outraged at the symbolism when they saw the showers in front of the entrance, according to the Jerusalem Post.

“As a Jew who has lost so many relatives in the Holocaust, they looked like the showers that the Jews were forced to take before entering the gas chambers,” Meir Bulka told the paper. “All the Israelis felt this was very distasteful… Someone called it a ‘Holocaust gimmick.’”

The temperature in Auschwitz, Poland, today was projected at 87 degrees Fahrenheit.

“Because of the extreme heat wave we have experienced in August in Poland, mist sprinklers which cool the air were placed near the entrance to the Museum,” Pawel Sawicki, a museum spokesman confirmed to Time. He denied that the “sprinklers” were “showers.”

Alas, photos on Twitter show, err, shower-like misters, if you will.

A place to least expect a new shower to be installed. Auschwitz-Birkenau concentration camp. http://t.co/MQsOPsqQj9 pic.twitter.com/z3lHgp3YAd 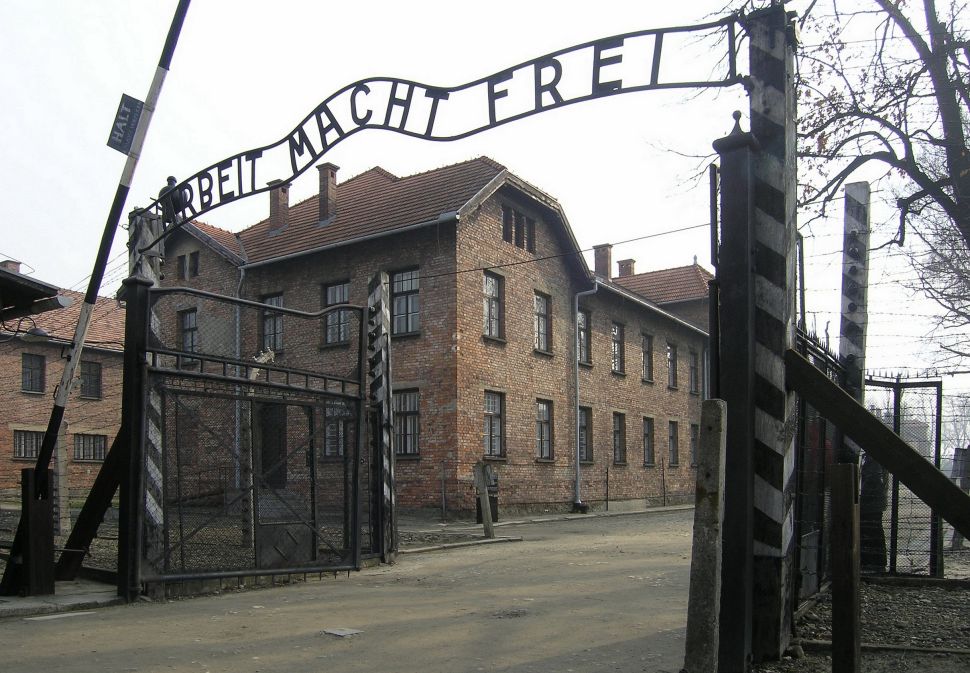