Child advocates are celebrating the Washington Supreme Court’s 6-3 decision to hold Backpage.com liable for ads for underage prostitution on its site. But those three dissenting votes are key to another important discussion—the difference between being a publisher and simply a service provider.

Both opinions in the case rest on interpretations of the Communications Decency Act of 1996,  which says that websites cannot be punished for hosting content developed by others .While six justices denied Backpage’s motion to dismiss the suit, which cited the CDA, the other three felt the majority opinion didn’t hold and the CDA did apply.

Justice Sheryl Gordon McCloud, who wrote the dissenting opinion on behalf of fellow justices Susan Owens and Mary Fairhurst (yes, all three dissenting justices in an underage prostitution case were women), begins her treatise with the argument that another content provider, not Backpage, provided the content for the pornographic advertisements in question. Thus, Backpage was only the publisher of the information and could not be held liable.

Ms. McCloud then delves into Backpage’s content requirements, which prohibit “the use of sexually explicit language; naked images;and images using transparent clothing, graphic box, or pixelization to cover bare breasts or genitalia,” among other morally suspect elements. Both the defense and the prosecution agree that the advertisements in question adhered to these terms.

Crucially, however, the content requirements also forbid “any solicitation directly or in ‘coded’ fashion for any illegal service exchanging sexual favors for money or other valuable consideration”; “any material on the Site that exploits minors in any way”; or “any material on the Site that in any way constitutes or assists in human trafficking.” The defendants allege that the ads in question failed to comply with these rules.

To test this theory, Ms. McCloud then analyzes the individual testimony of one of the defendants, referred to as J.S. The young woman asserted claims for negligence, sexual exploitation of children, invasion of privacy and sexual assault and battery. Furthermore, J.S. alleges that Backpage cannot have CDA immunity because it “created its unlawful ‘escort’ heading, developed the unlawful content by making it usable and available, and encouraged unlawful content.”

An initial trial court rejected the first two arguments, saying that Backpage “could not be held liable for advertising for escorts because that is a legal activity.” The court accepted the last argument, however, and denied Backpage’s motion to dismiss.

By contrast, Ms. McCloud roundly repudiates all three arguments, saying there is not enough reasonable doubt to convict Backpage. Further, her dissent asserts that the CDA provides immunity to Internet service providers, and that these service providers do not represent the opinions of individuals who publish on their sites. Providers also cannot be held liable for actions taken to remove “obscene” content from their sites. Once a third party uploads the content, service providers receive full immunity; they are not responsible for what an individual user sees, because the user selects the content.

By these standards, Backpage is immunized from liability. Ms. McCloud asserts that “‘content requirements’-even content requirements that promote sex trafficking-do not constitute content development under the CDA.” Publication is also not content development, so even though the content of the ads in question was “repulsive,” Backpage did not create the ads and so is not required to take responsibility for them. In short, just because something is posted on Backpage, that doesn’t mean Backpage endorses it.

Ms. McCloud defends her opinion by referring to other cases, in particular Stratton Oakmont, Inc. v. Prodigy Servs. Co, which held that the provider of an online messaging board could be liable for defamatory statements that third party users posted on the board, because the administrator of the board was a “publisher.” Congress criticized this ruling, and erred on the side of favoring “robust [Internet] communication” by passing the CDA. By Ms. McCloud’s logic, Backpage deserves the legal absolution that Prodigy never received.

It’s easy to see why this was the minority opinion in the Backpage case—the assertion that “I run the website, but I didn’t put up the offensive ads, so I’m not responsible for them” has a distinctly Pontius Pilate feel to it. Allowing Backpage to wash its hands of this case with no repercussions could allow pornographic ads to proliferate, and risk the exploitation of more young children. But since the concept of ownership has become considerably more fluid in the digital age, these three justices seem to believe that the risk does not outweigh the reward of the open Internet. 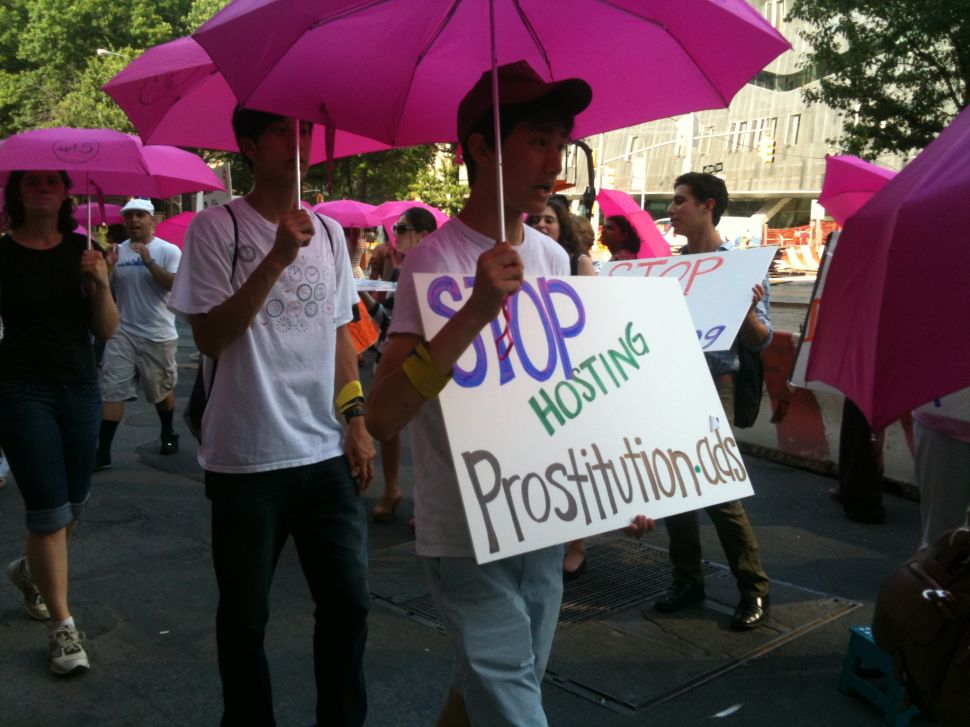