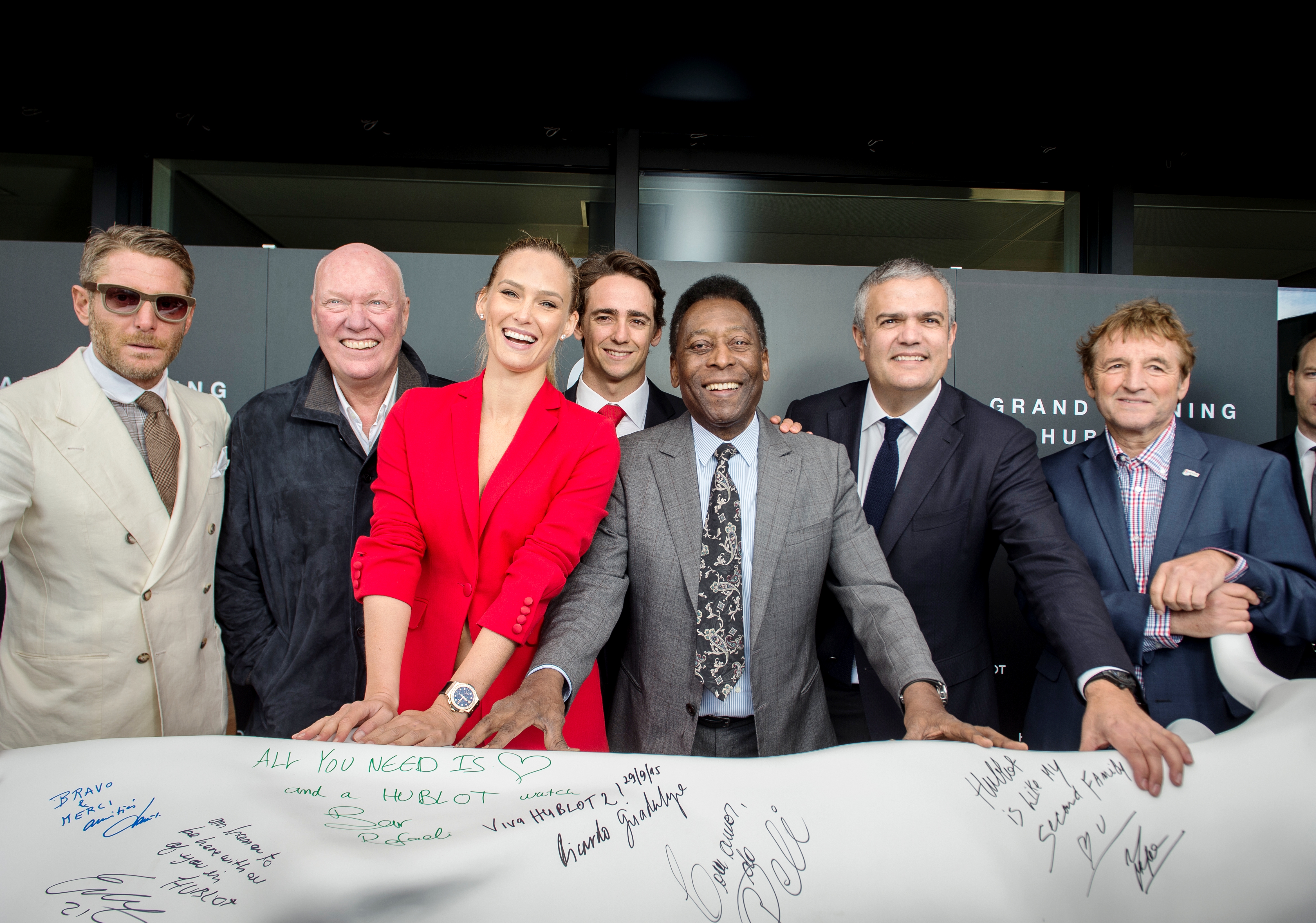 It was hardly a stiff, formal ribbon-cutting ceremony when Hublot debuted its new manufacturing plant in Nyon yesterday.

The luxury Swiss watch line celebrated the building’s opening with what appears to have been the most fun inauguration of all time. Guests saw Lapo Elkann launching soccer balls into a wristwatch banner, Bar Refaeli strutting down a Formula 1TM style walkway in a gorgeous crimson pant suit, and Pelé posing next to a giant block of cheese—because it wouldn’t be Swiss without it.

The event conveniently synced up with the 10th anniversary of Hublot’s Big Bang collection—a collection that expanded the brand as much as the actual Big Bang expanded the universe.

Among the roughly 300 attendees were Jean-Claude Biver, Chairman of Hublot and President of the LVMH Group’s Watch Division, and Ricardo Guadalupe, CEO of Hublot, who joined the event’s A-list guests in what appeared to be a cheese toast.

Hublot’s new manufacturing building doubles the surface area of its production centre in Nyon, a press release said—an indication that the company hopes to continue growing. As long as Bar Refaeli and Pelé are hanging around, attracting customers should not be a major problem. 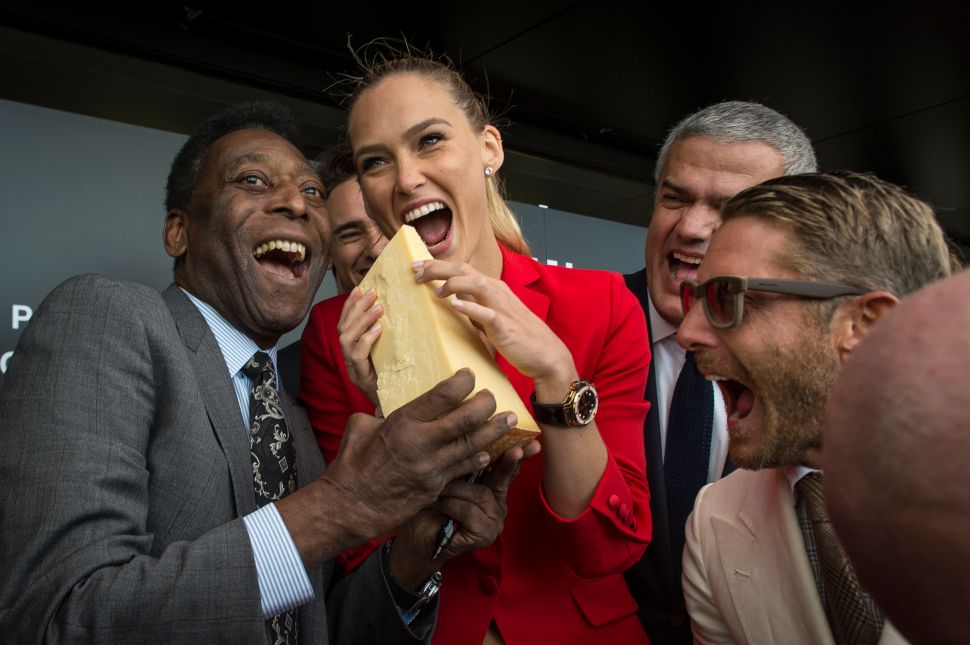