NEWARK – At a public safety summit here this morning that he organized, Mayor Ras Baraka said his city needs 6,000 jobs to get unemployment in Newark at least on par with the state of New Jersey.

Impassioned in his public remarks in the Victoria Theater at the New Jersey Center for Performing Arts, Baraka sought a discussion about violence in a larger context, arguing that society frequently posits black on black crime without consideration of the foundations.

“People want to talk about violence without talking about inequality because they benefit from inequality,” said Baraka.

A young man growing up in Newark right now, “can’t walk the streets without feeling like you might become a victim at any time,” said the mayor, where he sat on stage with other participants in the summit.

“Black boys are portrayed as gang members and aggressive or as funny guys,” he said. “We can only be clowns or killers. All the people in between don’t matter.”

Bottom line, Baraka said, is that his city has festered for 50 years, victimized by expectations of a place propped up as a staging area for failure and violence. “Diseases germinate in areas where it is allowed to breathe,” Baraka said. 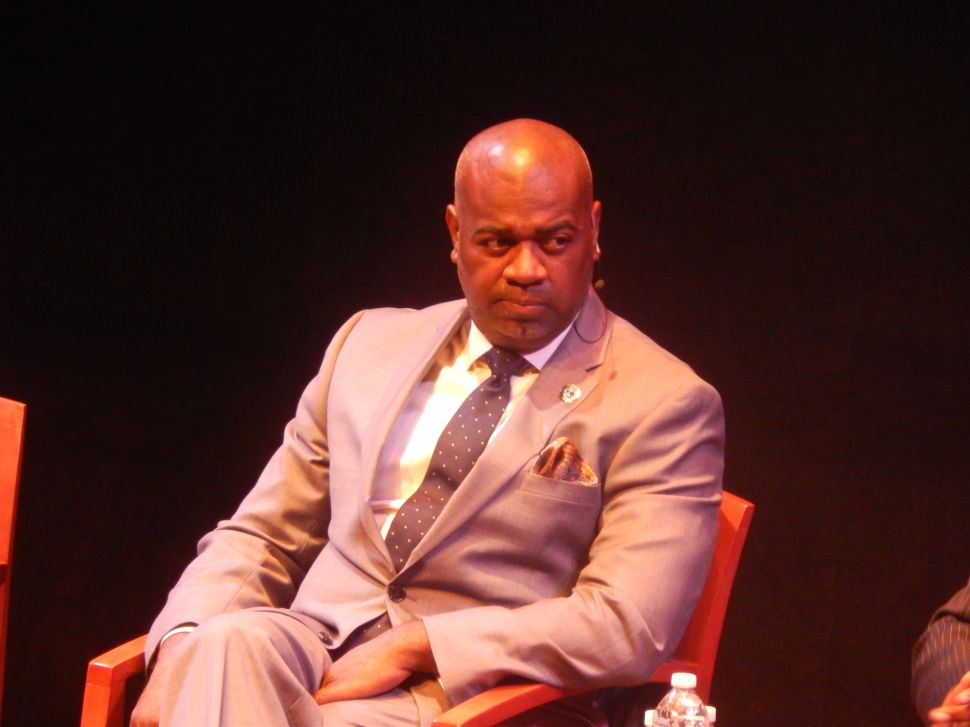