While Bernie Sanders has exceeded expectations that many had for him back when he announced his candidacy in May, the question of whether he will be able to mount a significant challenge to Hillary Clinton remains unanswered. Some point to polls showing the race tightening in Iowa and to allegations that Ms. Clinton’s campaign is faltering. Others point to Ms. Clinton’s still substantial lead in almost all national polls, as well as to her enormous advantage in fundraising and organization as evidence that the early frontrunner will indeed be the Democratic nominee. Soon the Iowa caucus and New Hampshire primary will come into sharper focus and may shed some more light on this issue.

Iowa and New Hampshire, however, are unlikely to bring much clarity to the Democratic primary.

After Iowa and New Hampshire, the Democratic primary calendar will change. Instead of a primary electorate that is overwhelmingly white, the next two states—Nevada and South Carolina—have heavily non-white electorates. Latinos vote in sizable numbers in Nevada and in 2008, more than half the primary votes cast in South Carolina, were cast by African Americans, though that number may be lower this time as Mr. Obama is not on the primary ballot.

If Ms. Clinton wins those two states, the race will be effectively over. Similarly, in the extremely unlikely case that Mr. Sanders takes both states, Ms. Clinton’s candidacy will be severely, and probably irrevocably, damaged.

If, however, the two candidates split Nevada and New Hampshire, the race will be genuinely competitive.

To be more than a protest candidate, Mr. Sanders needs to focus enough attention on one of those states to win. Running competitively in both states, and losing by between 10-20 points, will not help him. That result will simply demonstrate that he is a good foil for the eventual Democratic nominee, but nothing more than that. Winning one of those states, on the other hand, will create a narrative that Mr. Sanders has a broad base and resonates with either Latino or African American voters.

The question of on which state to wager the future of his presidential campaign is a difficult one. Nevada is appealing because it is in the West and winning there would demonstrate a geographical breadth of support for Mr. Sanders. Similarly, Ms. Clinton has long been seen as exceptionally strong with Latino voters, so upsetting her in Nevada would dramatically upend her campaign. Nevada would only be winnable from Mr. Sanders if he wins the endorsement of the powerful Culinary Union Local 226. Given his long pro-labor record, that is possible, but Ms. Clinton will also be working very had to win that endorsement. In 2008, Local 226 endorsed Senator Obama.

South Carolina may be more appealing for Mr. Sanders. Despite becoming involved in a contretemps with the Black Lives Matter early in his campaign, Mr. Sanders has a long record of involvement in African American civil rights issues. South Carolina is also the state where Bill Clinton made some remarks in 2008 that many interpreted as racially offensive, so Mr. Sanders may think that African American voters there might remember that unforced error.

Mr. Sanders has a difficult choice and will not have the resources to invest in both states. Ms. Clinton’s popularity with Latinos, African American, and for that matter, white voters in the Democratic Party, means that Mr. Sanders will have difficulty winning either of these states, but if he does, then Ms. Clinton’s enormous advantage in resources and organization will be again put to real test. 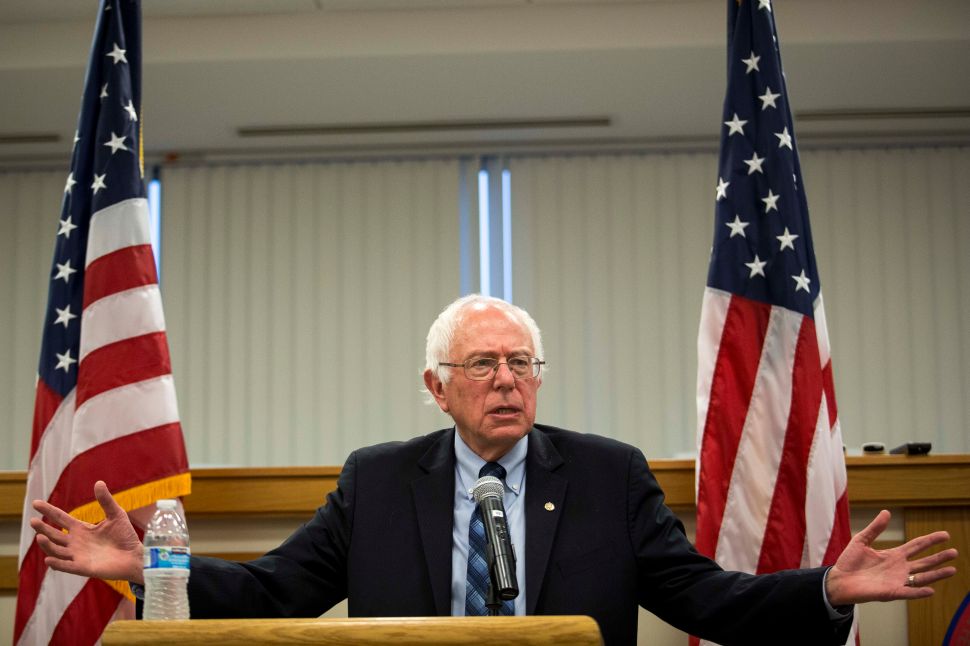