Senator Bernie Sanders of Vermont is not the most obvious presidential candidate to visit Liberty University, the conservative Christian school in Virginia. But the surging contender, never one to follow conventions, is there anyway.

Mr. Sanders, a Jew and self-identified socialist, even quoted from the Bible in his prepared remarks.

“Liberty University is a religious school. It is a school which tries to understand the meaning of morality and the words of the Bible within the context of a very complicated modern world,” Mr. Sanders said today.

Mr. Sanders is an independent seeking the Democratic nomination on a platform of unabashedly liberal policies; he supports universal healthcare, free college tuition and same-sex marriage. Senator Ted Cruz of Texas, a fiery conservative courting evangelical and Tea Party voters, kicked off his presidential campaign at Liberty University back in March, and Mr. Sanders acknowledged the school will probably be less than receptive to his views.

But he insisted they should focus on his economic platform: reducing income inequality and limiting the power of millionaires and billionaires over government.

“Let me be very frank. I understand that issues such as abortion and gay marriage are very important to you and that we disagree on those issues. I get that,” Mr. Sanders said. “But let me respectfully suggest that there are other issues out there that are of enormous consequence to our country and the world and that maybe, just maybe, we don’t disagree on them. And maybe, just maybe, we can work together in trying to resolve them.”

“There is no justice when, in recent years, we have seen a proliferation of millionaires and billionaires while, at the same time, the United States has the highest rate of childhood poverty in the industrialized world,” he said. “Twenty percent of all children–and 40 percent of African-American children–now live in poverty.”

Though Mr. Sanders is still a relative long-shot, polls show him leading Hillary Clinton in Iowa and New Hampshire, two early voting states that are crucial for him. Ms. Clinton’s team is pinning their hopes on sweeping states with high non-white Democratic electorates like South Carolina and Nevada. 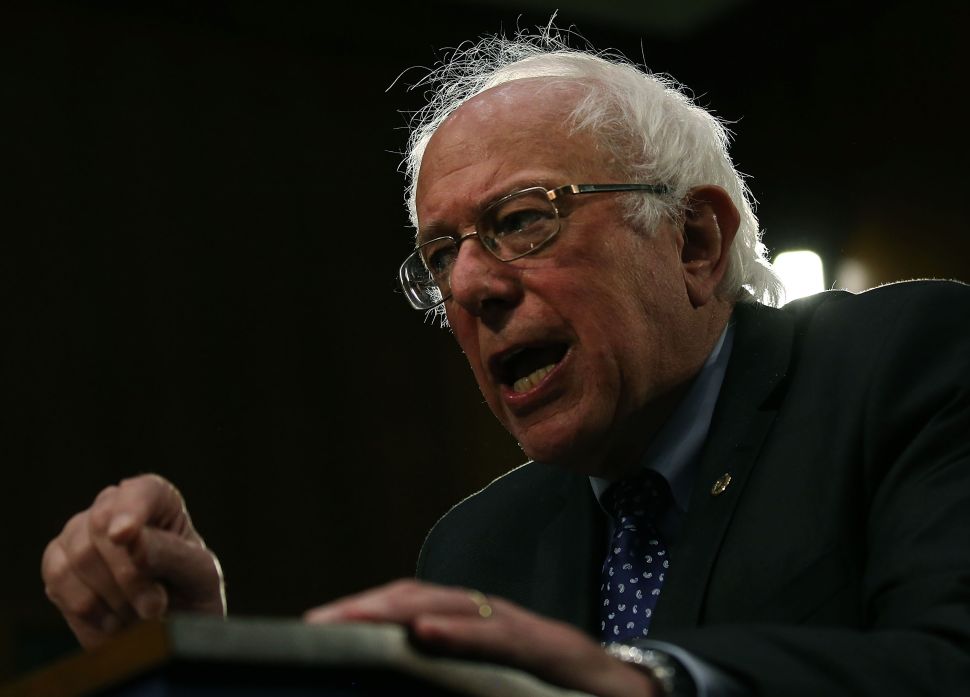