In an excellent story in the New York Times on Tuesday, which should have been on the front page but wasn’t, the Times reported what I asserted in the Observer in June: that Sen. Bernie Sanders (I-Vt.) can win the Iowa caucus.

Soon the major media will be catching up to the powerful phenomenon of the Bernie Sanders campaign, which embodies the progressive surge that remains the best-kept secret among political insiders and pundits about the state of American politics in 2016.

The secret weapon of Bernie Sanders is people. The multitudes of people who believe it is time to take back America from special interests, the economics of greed, and the influence-peddling power of lobbyists in Washington and the money they employ to buy our government. The secret weapon of Bernie Sanders can be summed up in a line in the Tuesday Times story offered by a 30 year old Army veteran who was part of one of the huge crowds attending a Sanders rally: “I haven’t felt anything like this in the three years I have been out of the Army,” he said of Mr. Sanders’s unlikely and rising campaign for the Democratic nomination. “I feel a part of something.”

Ladies and gentlemen, contrary to what you hear from those who meet the press, face the nation, or tell you on cable television what you are supposed to think the most powerful force in politics is the potential of large numbers of people who share high ideals and great aspirations. The world can be shaken and history can be made when they are inspired to work in the political process to make their dreams come true for their country and their world, because they believe they are advancing a cause that is greater than themselves.

The secret weapon of Bernie Sanders is people, and what these people are doing today is building the foundation for the next great era of progressive leadership of America.

As I have repeatedly written the Sanders campaign is empowered and driven by communications through social media that are under the radar and beyond the vision of old style pundits, old style media, and old style politicians and old style journalists who report about them.

But the means of communications—Facebook, Twitter, Instagram, Reddit, emails, text messages and web sites whose organizing political power most insider politicians and reporters still fail to understand—provide only half the story. The other half, which gives the technology of media whatever power it may possess, is people and it is the people who support him who are the secret weapon of Bernie Sanders.

Near the end of my recent column alerting readers to the latest information about the movement to bring hundreds of thousands of Sanders supporters to a march on Washington this fall, I quoted verbatim a version of a manifesto written for the rally by Charlie Ryan, one of the lead organizers for the proposed rally. In his “enough is enough” manifesto he lists issue after issue, vision after vision, aspiration after aspiration that motivate virtually every demographic group that could form the basis of a new progressive majority in America from blacks to women, Hispanics to gays, blue collar workers to the poor, students who want affordable education to seniors who deserve high social security benefits, those who need food to eat and those who need a job to survive and those who desire fair immigration laws and those who yearn to save the planet from pollution.

The people who support these causes create the people power that can transform our politics. They are fed up with being told what to think, fed up with forces on the right who want to dictate to them how they should live and love, and fed up with the powers who dominate finance who want to keep them down and rip them off to make a buck for themselves.

It is the people who share these purposes who create the people power that gives Bernie Sanders larger crowds at rallies than any other candidate, inspire the waves of small donations that will astound the experts when the next quarterly financial reports are released in early October, and will be first time caucus-goers in Iowa and other states and work as organizers to get out the vote in all 50 states.

The phrase “power to the people” was common in the 1960’s but really began at Lexington and Concord, when patriots came out of nowhere to fire the shots that were heard around the world to create the place that is known as America.

The secret weapon of Bernie Sanders is people, and what these people are doing today is building the foundation for the next great era of progressive leadership of America. 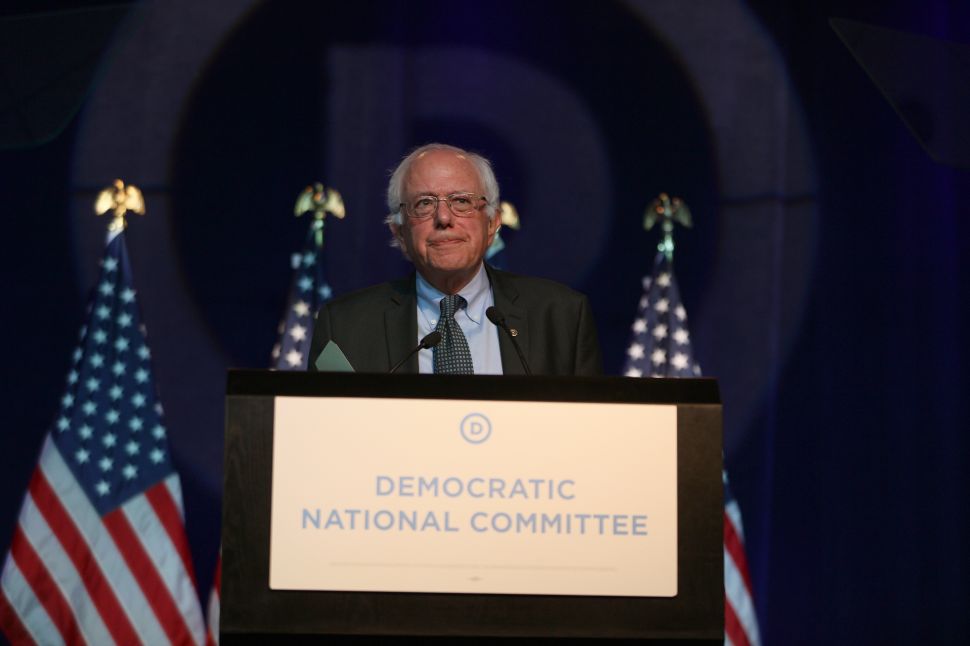