Big Brother ended last night. Summer is now over. Long live The Boy King, our conquering hero. The Poker Slayer. Steve. President Steve, if you’re me. He is now the only official leader I recognize for the next year. Steve, who wouldn’t drink the champagne in his own victory toast. Steve, who only wanted to hug his roommates when they were sad, will now be getting all of the hugs that he was denied all season. Steve, who has been compared to Ian Terry, another geeky winner. Steve who wanders the house and hides, Steve who talks to himself and the Live Feeds. Steve, who is a lifelong fan. Steve, who sometimes lisps and sometimes doesn’t and none of us know why. Steve is our champion, long may he reign.

Let’s go back to the Final 3. It is fitting that to get to the glorious finale night—my fourth favorite night of the entire year counting Christmas—you must first sit through the absolute worst episode of the season every year. The second-to-last show is always a flashback episode where the Final 3 sit around and reminisce about all of the wacky fun that they’ve had. Please CBS, let me edit this episode next year. How could you leave out Jace calling Steve “Geek Squad McGee?” “How can you leave out James’s story about how he became a father?” How could there be no extended cut of Lit Meg. Not even a mention of Gronk? At least Becky getting hit with a train made the cut. And the montage of James scaring people as well. But those were Gimmes.

Part 1 of the final HoH was won by Vanessa. She bluffed her way into getting Liz to drop out of the endurance comp by claiming that she could go for ten more hours and that she’s not even a little bit sore or tired. She is basically the Ron Burgandy of outrageous gameplay claims now. Vanessa was convinced that both Steve and Liz would take her to Final 2. Steve knew he had to win and take Liz because that was his only shot and he did manage to win Part 2 of the final HoH by flying around like John Darling when Peter Pan firsts comes to the nursery and sprinkles the magic dust on those kids. Liz didn’t seem to have a clue that no matter who won, she was being taken to the end no matter what, which kind of sums up her season. She didn’t have any answers or a speech prepared even though she was a guaranteed finalist because Vanessa was also going to take her.

Here’s the thing about Liz. When you’re in a true alliance and by that I mean the kind where there is no imminent backstab, like when your alliance is with your twin sister and boyfriend, and you make up three out of the final six, one of you HAS to make to the end. If none of you do, you’ve done a terrible job. The fact that they had this threesome so deep into the game is impressive but the fact that it unraveled like that was because they were playing other peoples’ games. Austin can be as bitter as he wants to Vanessa, he got blindsided with no shoes on. I’m surprised they even let him have shoes at the Jury House. I would have made him vote with no shoes on and then been like, “now that’s a real heel turn.” And that is the sickest thing I’d have ever said and I could go off into the mountains and wait for next summer to come around. It takes the utmost amount of nuance and skill to flip the idea of the Twin Twist into an adversity that needed to be overcome and a reason for winning the game. A couple of people could pull it off. Liz isn’t one of them. The Twin Twist turned out to be a huge advantage this season. They rode it all the way to the end. Liz did a solid job. This wasn’t her game to win.

Now Vanessa, this was her’s to lose. And she did. And that’s all to Steve’s credit. Taking her out put him over the top. He’ll go down as a champion, as he should. His speech about Liz sitting in a hotel for three weeks while switching with Julia was inspired. To be the best, you gotta beat the best. But Vanessa really made this season. She pulled all of the strings. She ran the house. She was not the easiest to watch at times—because it was maddening that her same tricks kept working. I’m sitting there screaming at the TV, how can you be falling for these tears again? She’s looking for excuses to put you up. It’s a traaaaaaaaap. Johnny Mac saw through it early on. And the others caught on but were helpless to stop it. That is dope gameplay. This major criticism that she didn’t “own her moves” is something I don’t buy. She made it as far as she did by being super-mega-unbelievably strategic. But that was also her downfall. Vanessa would sit up in her room with candy and make three hundred Skittle diagrams of every possible outcome. You know who I am not taking with me to the finals to go up against? Someone that treats candy like a magical game theory abacus. Sometimes the best strategy is to not let everyone know that you are the Michael Jordan of Strategy. All of this is easy to say now. The part that I hope is remembered is that this came down to one question in the final HoH. Vanessa was there. She was tied with Steve and could have won it. One question away from the whole game. Her big “poker star” reveal was totally anti-climatic. The only person it should have mattered to was Da’Vonne, who is a poker dealer and never recognized one of the biggest names in her field.

Mama Da got to shine though, she had one of the best moments of the night, calling Austin out on whatever he was attempting with Judas all season. Ultimately, I ended up liking Austin for his goofiness. The man quoted Selena Gomez’s epic track Heart Wants What it Wants while voting. He also chopped some of the beard off and had the hair looking neater. I hope he makes it with Liz because the Miamification of Austin would be EPIC. Audrey got her due as the first transgender houseguest and it sounds like she’s having a positive impact on a lot of people out in the real world. James won America’s Favorite which is deserved because he really was the most entertaining part of the show for several weeks. James definitely was hiding under Liz and Austin’s hotel bed when they were alone for the first time.

After all the votes were cast, which this year was surprisingly easy to see what key everyone was choosing, Steve came away with it. Good for Steve. Supposedly, the round table was a real mess. A lot of bitter jury members and Dr. Will. I wish they would let us see the full footage of that. All of the houseguests want to go on Survivor next, except for Meg who wanted to call her mom and find a bottle of vodka. Lit Meg forever. Lit Meg, let’s have drinks in NYC. Big Brother I love you. Come back soon. 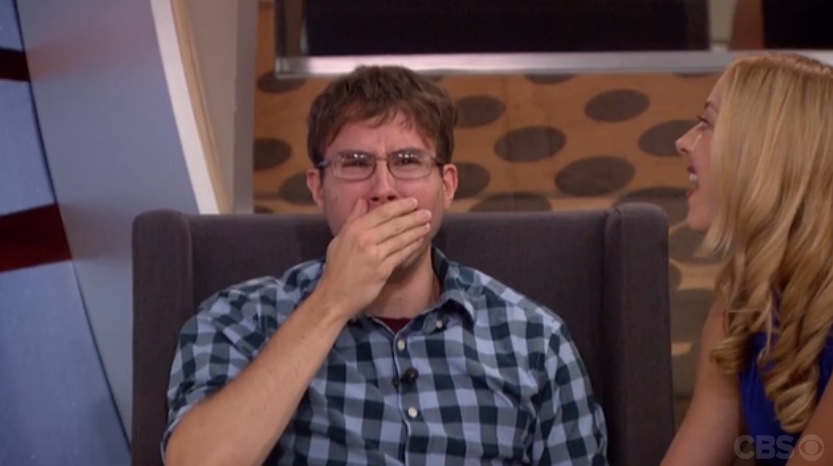