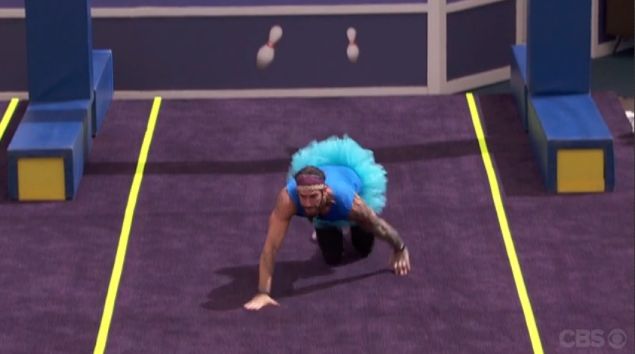 Every season Big Brother claims to have “more twists than ever before” because they have to. They can’t actually start off being like “we have an average amount of twists” or “the unexpected you should expect is little to no twists.” You need the fancy PR—hyperbole and hype get the people going. I don’t fault them for it. For me, I appreciate a good twist—a Pandora’s Box, a Reset Button, a Coup d’Etat. They throw the whole game off-balance and can change the entire momentum of the house. There are some Truthers who are suspicious of these in-the-moment twists, that the production team on the show is manipulating an outcome to give a player they favor a second or third chance. But I am a true-believer and so I give the benefit of the doubt that sometimes these things shake out one way to help someone you like or another to help someone you don’t—it’s all a part of the game. Actually, anyway I don’t watch Big Brother for its supposed authenticity, I watch because it’s entertaining and I like to see people who are great at strategy be good and people who are bad at strategy but think they’re good be terrible.

This summer’s twists were a strange collection of ideas that no doubt had an influence on the game. But then again, every tiny detail could be argued to have some effect on the outcome in a chaos theory butterfly effect kind of way where Dr. Ian Malcolm pours a drop of water on Laura Dern and because of it Ashton Kutcher wakes up without an arm. Everything and nothing mean everything and nothing. The Battle of the Block came and went as it tends to do. I’m sure in looking back, the argument could be made that it is responsible for many of the dramatic moments of the season—all of the throwing comps, conspiring, backdooring that went on. But in my mind it was something a lot of people were looking forward to have ending and then it did and then nobody cared.

The Big Brother Takeover feels like a fever dream. A distant memory that the more you try to clarify what happened, the foggier it becomes in some Eternal Sunshine kind of way where by the end I’m just screaming at Gronk to meet me in Montauk. All of this is leading up to the twin twist, which I will get into shortly. But to channel my inner-Vanessa here, there must have been a backup situation in which Julia doesn’t get into the game or does and gets evicted right away and Big Brother Takeover continues for a few more weeks. I can’t see it any other way. They had no way to know the Twin Twist would work out the way it did and have such an impact on the middle chunk of the season. I’m just sad to know we missed out on having the Luis Guzman takeover to promote CBS’s new show Code Black that they’ve been running ads for a million times an episode all summer. (Small spoiler here: Liz won a “once in a lifetime” trip outside the house during the HoH last night, don’t be surprised if it’s a trip to some premiere for Code Black.)

The Twin Twist worked. Vanessa and Austin managed to utilize it in their favor to form the backbone of an alliance that picked off each member of the house one-by-one. Whether you like them or not, it was a big game move. Most players would panic and go after the twins (see Jason, Da’Vonne, etc.) but they managed to use it to their advantage. Plus, one of the best parts of Liz and Austin’s relationship has been Julia telling her sister how disgusting Austin is.

Last night marked the end of the twins in the house. But what a week it has been. I didn’t want to see Meg or James go last week but I was excited when I thought about who was left and how there was about to be more Fireworks than a Katy Perry encore. It did not disappoint. Steve won HoH and put up Austin and Liz together. The plan was for Austin and Liz to try to throw the veto to Julia. It was the only way to keep all of them safe because if Julia wins, she can take down either nominee and not be put up herself. Then, they would have the majority votes to get rid of whoever was the new person to be put up, which would guarantee that Vanessa or Johnny Mac went home. Unfortunately, Julia and Liz think that Sigmund and Freud are the Las Vegas performers who work with the tigers. That is a direct quote from them by the way. During the veto, Vanessa somehow managed to convince Julia to pick Austin as her opponent in the first round, making it impossible for him to throw the contest to her. There is an episode of Fraggle Rock where a character named Convincing John gets all the Fraggles to stop eating Doozer towers even though they really don’t want to. Convincing John can get anyone to do anything that he wants, even if it makes no sense or is contradictory to their best interest. He gets Mokey to wear plastic cups on her hands just because. Vanessa is Convincing John. Austin thinks there is a plot to get him so he wins the veto. Not only does he win it but because he’s convinced there is a conspiracy against him, he flaunts the win. He screams something like “There is no Austin, there is only Judas.” And then he yells “HEEL TURN!” A “heel turn” in wrestling is when a likeable wrestler, one of the good guys does something unexpected that turns the crowd against him and makes him into the villain. Jessie from BB10 & BB11 was hosting this veto comp. He’s also a professional wrestler and when Austin yelled this out, even he was like “dude what are you doing?” Nobody has ever yelled out “heel turn” during an actual heel turn. The Austin-Judas angle was so played out this summer but him yelling “heel turn” made it all worth it.

After the comp, Austin accused Vanessa about sabotaging him, which she did, and Vanessa somehow manages to cry and talk her way out of any blame for this. She works the twins so hard that Liz eventually breaks up with Austin for a short amount of time. Seriously, where is the chapter in the Game Theory book that teaches you how to destroy other people’s relationships? The entire house erupts while everyone attempts to sort out what just happened. Except for Steve and Johnny Mac who are hiding out in the HoH room trying on bathrobes and snacking. A Final 2 made up of those guys might be the most entertaining thing ever. Not in a gameplay way, just having them alone in the house together.

Austin pulls himself down and Julia goes up. The twins spend the next few days crying and loving each other. They want Liz to stay because she has a better chance at winning the game than Julia. Vanessa makes Liz and Austin an offer to keep her safe in exchange for: a) next week she’s not nominated, b) she gets to pick who gets voted out, c) they let her win the entire game, d) they pay her rent for six months when they get out of the house, e) run those Jordans right now, fool, f) their first child. So Liz stayed and Julia left. It’s only going to get better in the next two weeks.

Also, they showed Meg and James show up to Jury and of course James had to scare everyone when he got there. They will not be able to make it through a week without his hijinks. Expect to see more from the Jury house now that he’s there. I wish I could just watch Lit Meg in Jury with free access to wine and whiskey but that’s me.

Sunday we’ll find out HoH and nominations. Tuesday will be a taped eviction and Wednesday will be another eviction. By the end of the week, we’ll be down to the Final 3 moving on into the finale. This is the most important two weeks of the year! 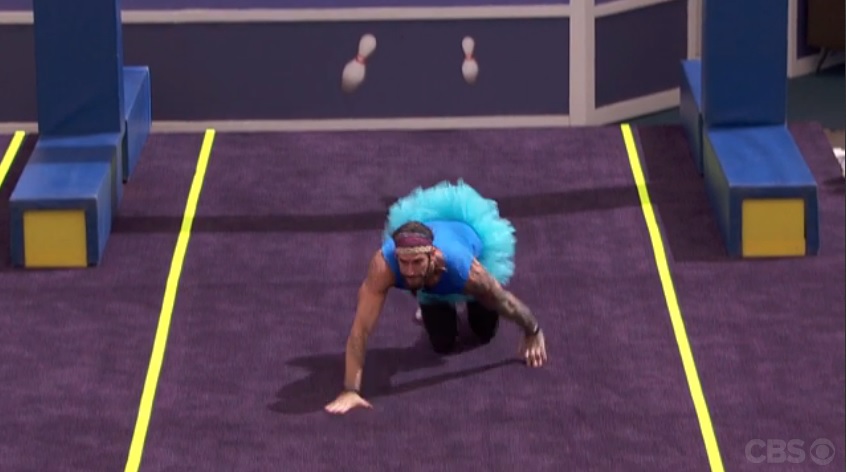