Sidestepping a race where his backing could do more harm than good, Mayor Bill de Blasio said this morning he isn’t planning on endorsing a Democrat to replace Councilman Mark Weprin.

The six-way Democratic primary includes one candidate, Rebecca Lynch, who was a top City Hall aide. But Mr. de Blasio, who hired Ms. Lynch last year, said he hasn’t even really thought about the competitive race.

“I haven’t really looked at it. I don’t have a plan at this moment,” Mr. de Blasio told the Observer at an unrelated City Hall press conference. He did not elaborate.

Mr. de Blasio has not been shy about endorsing in local races. He backed former Councilman Vincent Gentile’s congressional bid earlier this year and weighed in on several Democratic primaries for the Assembly and State Senate in 2014.

But the primary for the open eastern Queens seat, which includes the neighborhoods of Bayside, Bellerose, Glen Oaks, Oakland Gardens, Queens Village and Douglaston, is not one where Mr. de Blasio’s endorsement is necessarily welcome. The leafy, suburban district is more moderate in its political bent. Many of the single-family, car-owning homeowners resent Mr. de Blasio’s desire to build cheap, dense housing throughout the city and slow down vehicular traffic. Political observers in the district say his popularity there is low.

The two most liberal candidates in the race, Ms. Lynch and attorney Ali Najmi, even offered mild criticism of Mr. de Blasio in a NY1 debate last week. Mr. Najmi said he should visit the district more. Ms. Lynch noted that there’s a perception in the area that Mr. de Blasio doesn’t care about it.

Another top contender in the race, Bob Friedrich, has proudly lambasted Mr. de Blasio. Sitting next to Mr. Najmi and Ms. Lynch in the NY1 debate, he said the liberal mayor has policies “completely at odds” with eastern Queens.

The Democratic primary will be held September 10. A Republican, Joseph Concannon, is running unopposed on the Republican side. 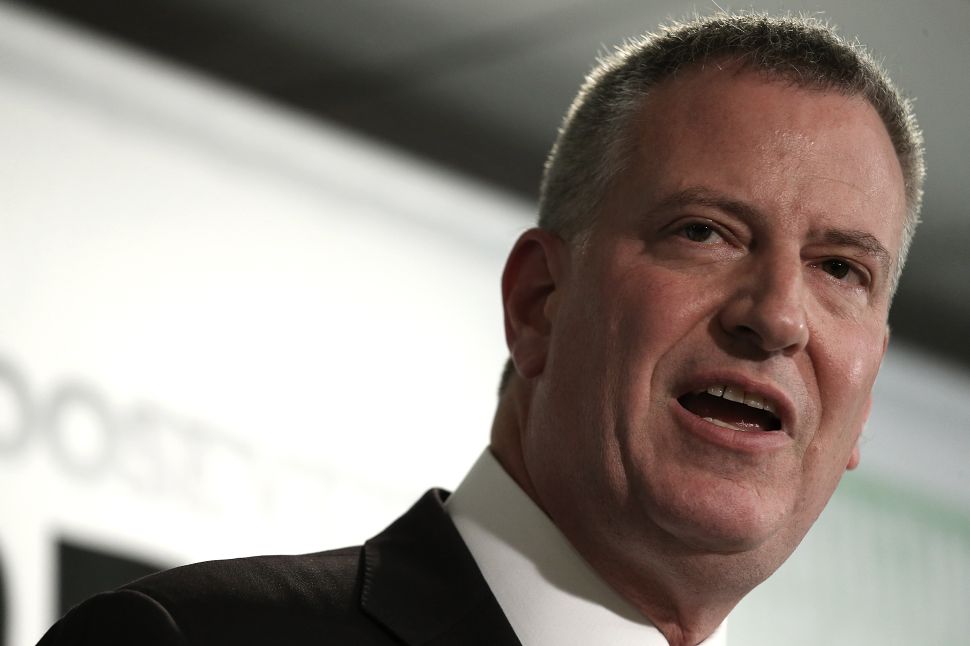