Let’s say you’re one of those people who actually pays for digital music. Good for you. Why can’t you sell it, though?

One company, ReDigi, tried to create a way for people to sell digital music they didn’t want anymore, but a judge ruled that its business was fundamentally built on making new copies and that was illegal. As if everyone who ever sold a used CD hadn’t already ripped it before doing so. ReDigi’s site is still up, but its Twitter and Facebook profiles have been inactive since February.

The company threatened artists and music publishers because they had no way to know that when you sell a copy you are actually deleting your copy. There also hasn’t been a way for a buyer who cares about that kind of thing to know that you have a right to sell it. Block chain databases would make it possible for buyers to know a seller has the right to sell and for creators to know that one purchase only permits one resale.

Imogen Heap, an indie rock star with electronica edges, has been recording since the late 90s. She has been getting a lot of attention for pushing the idea that an open source block chain database could make it possible for artists to distribute and control their music in a way that earns them more money and better connects them with fans. It would also better connect musical works to the larger musical ecosystem. Dismemberment Plan frontman Travis Morrison has described similar interconnections while co-creating an online publishing platform for bands, Shoutabl.

“It suggests the gamification of listening to music, which is pretty crucial, since everything is gamified now,” he told the Observer via email, in response to Ms. Heap’s concept. “One to follow, for sure.”

Ms. Heap calls her project Mycelia. The best discussion of her vision is on Hypebot. Besides facilitating sales, she hopes the DNA of music can be put into each digital file, turning Mycelia recordings into their own distributed Wikipedia. She plans to release a song called “Tiny Human” to spur the project, at an event she’s put together in collaboration with The Guardian on October 2. Details have not yet been announced.

To massively oversimplify block chain, here’s what these databases do: multiple servers keep copies of the overall database of all transactions for a given set of products. They automatically create consensus across all the databases of the records of transactions for that product, and because they exist in multiple places but no one controls all of them, it is all but impossible to get a phony record into the system. There’s a lot more to it than that, but that’s enough for our purposes.

Several different people and organizations are working on ways to use block chain databases to empower creative people, not just musicians:

For any song logged in a block chain database, it really would be feasible for one consumer to buy a copy from another and know that the seller had one copy of it that he or she had never sold. In fact, based on the rights the artist who made the song built into the file, the artist might even get paid again when the song is transferred.

This is, in a way, the real power of what block chain could do for digital technology: it could automate the irritating bookkeeping for creative types. Block chain databases could allow musicians to build digital rights structures into their actual recordings, rights that services like Spotify would have to honor if they wanted to play a song on their service and most likely automate the payments under those rights as well.

If Mycelia succeeds, we would live for a time in two musical worlds. Legend: The Best of Bob Marley and the Wailers was 77 on the top 200 bestselling albums of 2014, for example. The music everyone knows still sells. That evergreen content will slow down the adoption of a new model so long as it is stuck in the old one.

And even if block chain-encoded rights go mainstream, the databases won’t end music piracy. That said, one of the reasons people steal songs is because they don’t feel like they get to own them when they pay for them anyway. Artists might find people more ready to pay for their work once consumers have permission to do more with their purchases than press ‘play.’ 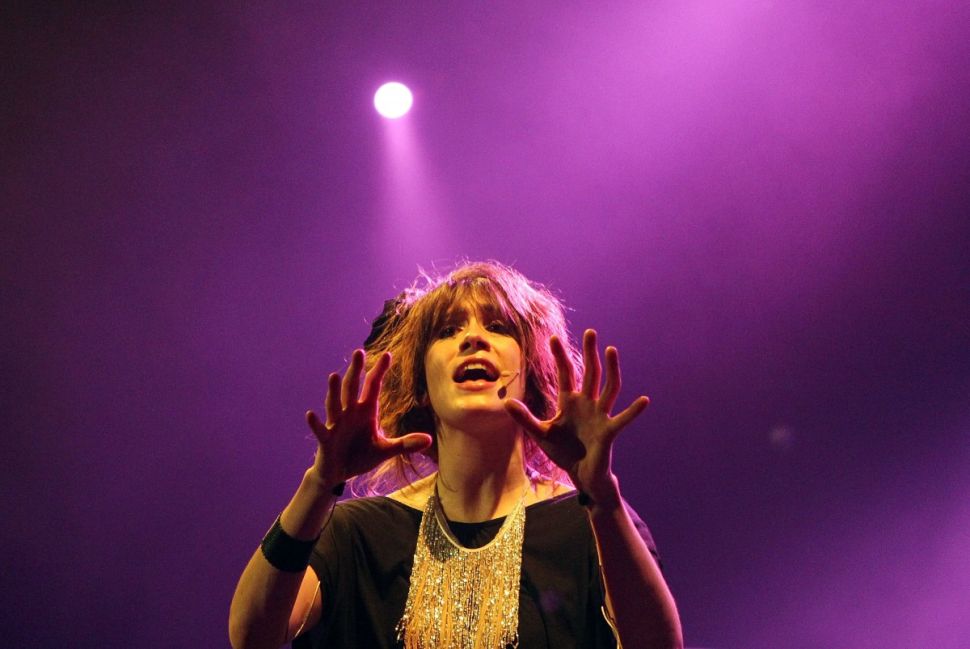