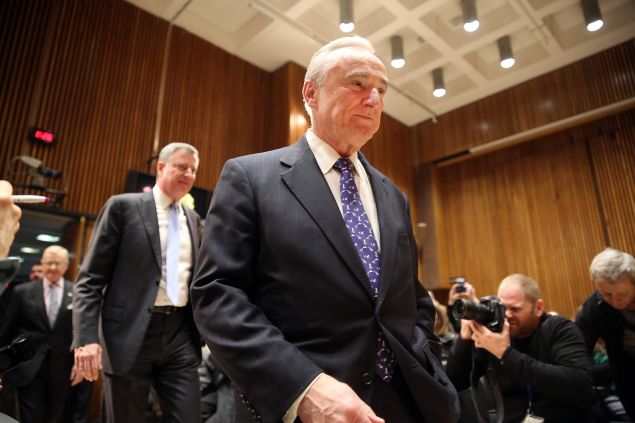 NYPD Commissioner Bill Bratton today defended his citation of the controversial 1965 Moynihan Report on the black family, but conceded “over-incarceration” was to blame for absent fathers in many African-American communities.

A day after Mr. Bratton drew fire for referring to the 50-year-old Department of Labor study “The Negro Family: The Case for National Action” as “prescient” in a TV interview, the police chief blamed the imprisonment of large numbers of black men for minor offenses on the continued decrease in two-parent African-American households.

“In the late ’90s, we compound, the 1990s, we compounded slavery, Jim Crow, economic deprivation in terms of opportunity over these last 40 years, by over-incarceration,” he told reporters after an unrelated event at One Police Plaza. “So we further damaged the African-American family by taking so many young men out of that community. Some of them of necessity needed to be taken out because, unfortunately, that they committed violent acts. But many of them, we have come to understand, shouldn’t have been, should have been dealt with in a different way.”

The remarks are especially interesting because Mr. Bratton was an architect and pioneer of “broken windows” policing during his tenure as police commissioner under former Mayor Rudolph Giuliani between 1994 and 1996, and had the department crack down aggressively on minor offenses with the belief that such tactics would cause a decrease in serious crime.

The report Mr. Bratton spoke about yesterday, by President Lyndon Johnson’s Assistant Labor Secretary Daniel Patrick Moynihan, argued that a history of slavery, segregation and job discrimination had demeaned and devalued black males, leaving them both financially and emotionally unable to fulfill the traditional paternal role of provider and protector. Moynihan, a Democrat who later represented New York in the Senate, believed this led black fathers to withdraw from family life—often entirely—depriving black boys of an authority figure and role model, and of the father-to-son transmission of valuable skills and job connections that had enabled other ethnic groups to climb into the middle class.

Moynihan called for federal policies that would encourage an active role for black fathers, leading many critics to attack the report as biased against the traditionally female-dominated African-American family structure, and as unfairly critical of welfare programs. Mr. de Blasio, who appointed Mr. Bratton to his position, earlier today said he disagreed with his commissioners view of the report, calling it “from another time.”

But Mr. Bratton said he had sought to answer Moynihan’s “call to action” at the municipal level as police commissioner.

“So my takeaway, my prism, if you will, of the Moynihan report, is he was saying to the United States of America, ‘we have damaged this community to an extraordinary degree, and as a country, we need to come together to work with them to ensure they get all the benefits of American society,” he said. “We as a department are extraordinarily, and I as an individual, are committed to doing our part to try and address the impact and the result of that 350 years of negative action.”

Mr. Bratton said that he would meet this afternoon with a group of black leaders, and had met yesterday with publishers and editors from leading African-American-owned news journals. Having long been a target of left-wing critics of the de Blasio administration, he appeared annoyed at the suggestion that he held backward views of racial minorities.

“For those who are going to try to be ‘Bratton’s a racist,’ or ‘this reflects an insensitivity,’ I’m sorry, I’m very sensitive to this issue, I’ve been living it as a police officer for 45 years,” he said. “We need to see you, you need to see us, we all need to try see each other not through our particular prisms, but try to find common ground on this issue. A lot has changed, a lot needs to be changed, and I’m committed to working on that issue.” 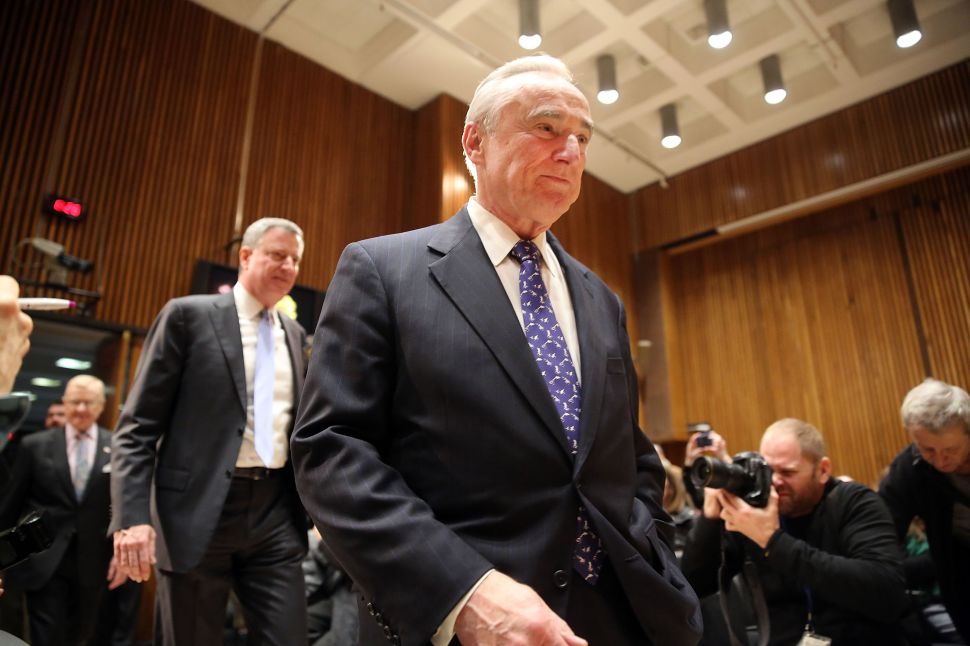