Congress is expected to vote this week on legislation prohibiting sanctions relief for Iran until it complies with judicial verdicts awarded by U.S. courts to victims of Iran-sponsored terrorism.

Introduced on September 9th by Rep. Patrick Meehan (R-PA), the Justice for Victims of Iranian Terrorism Act (H.R 3457) prohibits the Obama administration from releasing over $100 billion to the Iranian regime as spelled out in the Joint Comprehensive Plan of Action until the Islamic Republic pays $43.5 billion in judgments.

“Iran should not get a red cent in U.S. sanctions relief until it has paid its victims what they are owed,” said Mr. Meehan. “I oppose the Iran deal, but surely we can all agree that Iran should not reap any benefits from the U.S. until it has compensated the families of those whose lives were taken by Iranian terrorism.”

Working with congressional staffers on this legislation, Shurat Hadin – The Israel Law Center has been seeking Justice for American and Israeli victims of terrorism since 2003.

To date, American courts have awarded roughly $46 billion for almost 1300 victims and their families.

“The injustice of the U.S. government seeking to release $100 billion in frozen Iranian assets while turning a blind eye to the plight of the terror victims who hold unsatisfied judgments against the Iranians cannot be permitted to continue,” explained Shurat Hadin founder, Nitsana Darshan-Leitner. “Now, for the first time, Congress is seeking to make the Iranians actually pay up for the terrorist attacks this outlaw regime perpetrated.”

Darshan-Leitner continued, “Congressman Meehan and the other co-sponsors are to be applauded for actually providing teeth to these anti-terrorism statutes and allowing the families who have lost loved ones to obtain a real measure of justice and closure following the tragedies Iran inflicted upon them. We are hopeful that the bill will garner the support it requires and that the extremists in Iran will understand there is a cost to murdering innocent people.”

Currently there are 84 Republican co-sponsors of the bill, with more expected to sign on before the vote.

During a Rules Committee hearing on Tuesday afternoon, Rep. Jim McGovern (D-MA) voiced concerns about the process by which this bill is being handled, stating, “I don’t think [the bill] is going to go anywhere anyway. The aim of this bill is to sabotage the Joint Comprehensive Plan of Action that was negotiated, and this is all about cheering for failure.”

Mr. McGovern continued, “I think we all believe victims of terrorism should receive compensation, but doing so at the expense of the agreement to deny Iran a nuclear weapon, I don’t think is the way to go.”

Appearing at the hearing, Rep. Eliot Engel (D-NY), who voted against the Iran nuclear agreement, expressed sympathy for victims of Iranian terrorism, but testified that “this bill has zero chance of bringing them that justice. To date, American courts have awarded roughly $46 billion for almost 1300 victims and their families. Even if Iran had any intention of paying that amount, and I wouldn’t bet on that, this legislation would actually make it more difficult for Iran to do so.”

Illinois congressman Robert Dold (R), who plans to add his name to the list of co-sponsors, told the Salomon Center for American Jewish Thought, “Supporting victims of Iranian terrorism is a cause every member of Congress should be able to support regardless of where they stand on the Iran nuclear agreement. Under no circumstances should we be ignoring the victims of terrorism while simultaneously rewarding the greatest state sponsor of terrorism in the world today.”

Paul Miller is president and executive director of the Salomon Center for American Jewish Thought. Follow him on twitter @pauliespoint 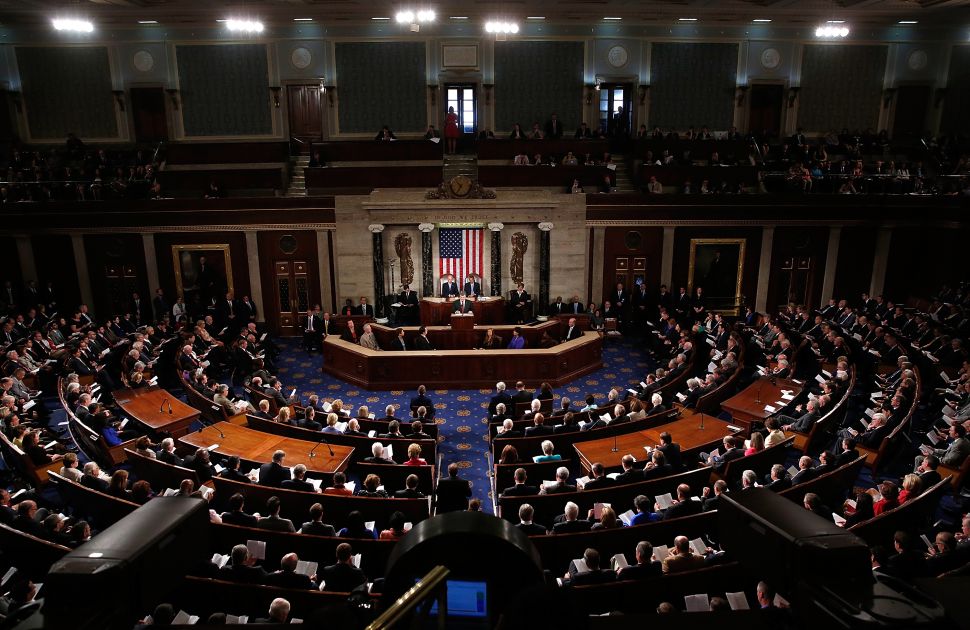