“One of my best friends just lost her U.S. Open match,” Colton Haynes said. “I’m still shaking.” He was, of course, referring to Serena Williams, who unexpectedly lost her match against Roberta Vinci and her quest for a fourth Grand Slam title of the season. It all unfolded in the midst of Ralph Lauren’s Polo presentation at the Gallow Green rooftop yesterday afternoon.

“The idea for Polo this season was to reinforce that Polo is going a little more downtown, and a little more contemporary sense of the brand. You’re seeing it in the real world at the top of a cool bar in New York city,” said David Lauren. “I think when you see these men and women in this culture, it hits it home.” Additional celebrity attendees included Brooklyn Beckham, Ralph Lauren Denim & Supply front woman Tinashe, and Ciara. “She’s great, she’s really cool,” Mr. Lauren said of Ciara. “She’s wearing a very warm jacket today, I told her, ‘You look a bit warm, but it looks great,’ and she she said, ‘I feel great.’ And, I’ll tell ya, she’s a girl that doesn’t sweat it. See what I did there?”

Ciara may have been sweltering in her shearling bomber jacket, but she was on her way out to change into a slinky Givenchy number for the upcoming show in a matter of hours on Pier 26. “I did my fitting yesterday, and Ricky’s a genius,” she said of her close friend and Givenchy Creative Director Ricardo Tisci. “He just gets it. I think it’s so genius that he’s here in New York, and he’s so spot-on with his brand.” 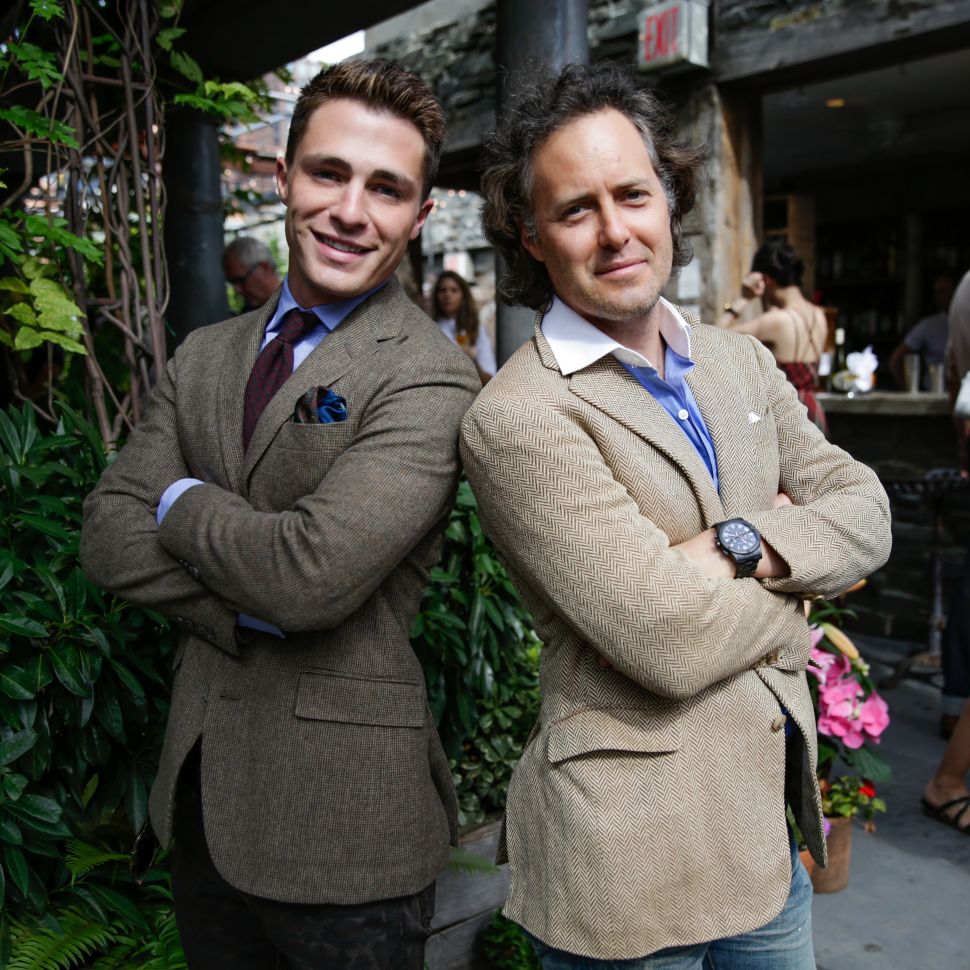