Pope Francis will touch down in New York City in just a few hours—kicking off a whirlwind visit that Police Commissioner Bill Bratton has dubbed “the largest security challenge the department and the city will ever face” in part because it coincides with the United Nations General Assembly.

Here’s a look at the historic visit, by the numbers—offered up by Police Commissioner Bill Bratton, Mayor Bill de Blasio and Deputy Commissioner of Intelligence and Counter-terrorism John Miller at various events over the last couple weeks.

Pope Francis will be in New York City for 39 hours and 40 minutes.

Along with him, 170 world leaders—including President Barack Obama—will be in town to visit the United Nations.

The NYPD will escort 204 dignitaries this week, traveling in motorcades ranging from 3 to 30+ vehicles.

The city will secure areas around the pope and the United Nations using 818 tons of concrete barriers, weighing 3,000 pounds each.

In addition to a top-secret Secret Service fence in Central Park, the NYPD will roll out 39 miles of traditional metal barrier fences around the city.

And another 100,000 people will gather in Central Park the next day—to see Beyonce.

More than 85 street closures or restrictions over the course of two days, some of them repeat closures of the same streets at different times.

But perhaps the biggest number question is: How much will this all cost? That’s about the only thing the NYPD hasn’t put a number on.

“As to the cost, the cost will be what it is to ensure that everybody that is involved has a safe event,” Mr. Bratton told reporters earlier this month “That’s where the costs are going to go, and we will seek to be mindful of them, certainly, but these things do entail a cost, and that’s one of the things that New York has to contend with when we ascribe our self as the center of the universe.”

Mr. de Blasio said the city probably won’t know how much the whole thing will cost “until we are in the middle of it, or even at the end of it.”

“But I think every dollar will be worth it. I think it’ll be an inspiring and uplifting moment for this city,” Mr. de Blasio said. “I think it means so much.” 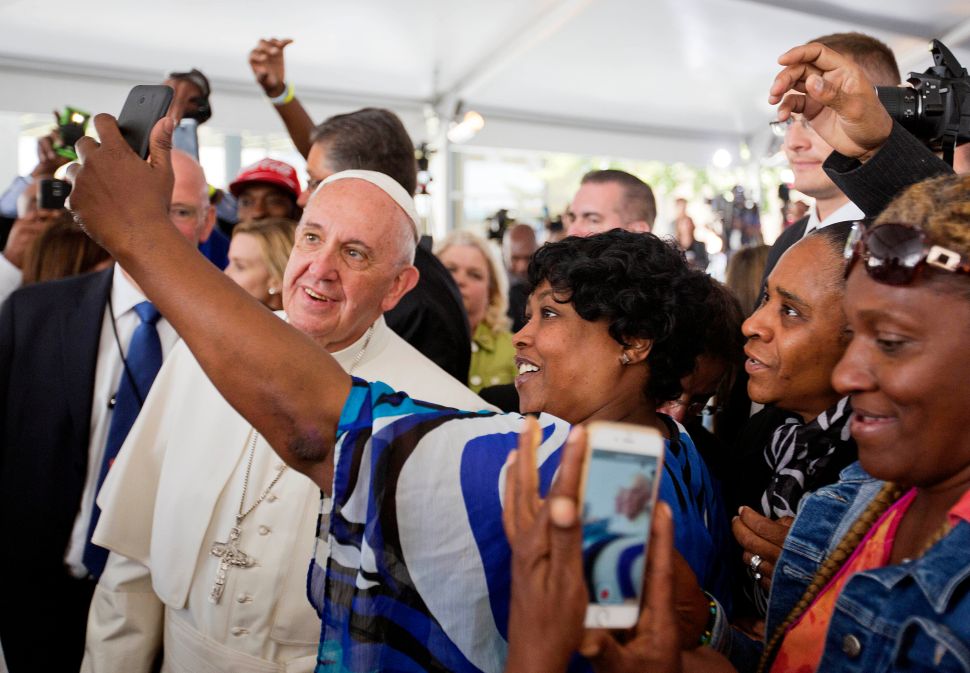