The hashtag #IStandWithAhmed  has been taking over Twitter. Besides Barack Obama, celebrities, leaders, and figureheads have supported Ahmed Mohamed through various social media platforms.  Today, Texas police decided not to charge the Texas teen arrested for bringing a homemade clock to school that police mistook for a bomb.

On Wednesday, the morning after Mr. Mohamed’s arrest, #IStandWithAhmed was trending on Twitter along with an image of the baby-faced 14-year-old, who looks confused,  handcuffed with a police officer in the background.

Politicians like Hillary Clinton and Bill de Blasio rallied behind the teen:

Keep creating, Ahmed. Your school's lucky to have your curiosity and imagination.

Even Questlove, the Roots musician from The Tonight Show Starring Jimmy Fallon, weighed in, using the trending hashtag:

Hey Ahmed- we're saving a seat for you at this weekend's Google Science Fair…want to come? Bring your clock! #IStandwithAhmed

Facebook CEO Mark Zuckerberg  posted a status applauding Mr. Mohamed’s curiosity and interest in science and innovation. Steve Wozniak, the co-founder of Apple, also posted on Facebook saying, “Even if he got into no school, his talent would blossom.” 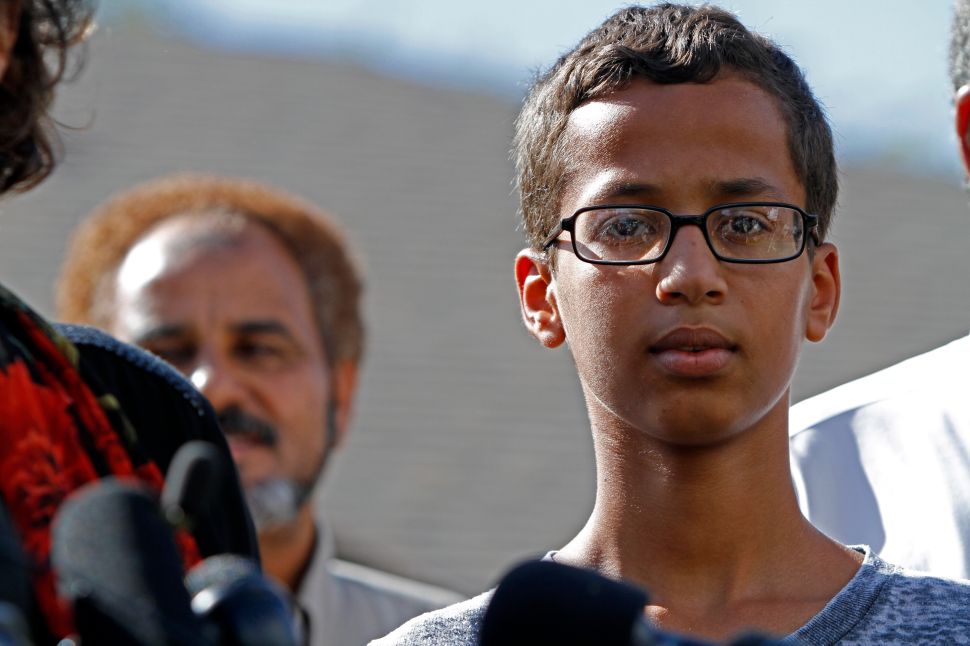