On Thursday evening, progressive New York City church Forefront hosted an event at Baruch College’s Engleman Auditorium on Lexington Avenue and 25th Street, for which people came in from the rain to listen to the well-known blogger and podcaster—referred to by followers as “Science Mike“—speak about the tough questions of Christianity when it comes to reconciling scripture with science. The sold-out event began shortly after 7:00 p.m. and was the first night of a three-night series called “Faith Culture Questions.”

“Let’s be honest, Christianity’s response to the topics of sex, addiction and violence can come off as misguided and antiquated. Recognizing that we don’t have clear-cut answers about such things can leave us feeling unsure,” a press release for the event from Forefront said.

Mr. McHargue’s talk, entitled “Sex, Drugs & Violence,” was a refreshing reprieve from the not only the night’s consistent rainfall but also the stereotypes of culture wars portrayed continuously by the media since the recent Supreme Court ruling on gay marriage.

The themes of the night were unconventional, in that it was an event that kept the crowd both on their toes and in stitches when Mr. McHargue made statements such as, “What Jesus did was invite people into neo-cortex thinking.”

This theme of provoking traditional ways of thinking in the church aligns with the goal of the series, according to Forefront Church senior pastor Jonathan Williams.

“Traditional American religion doesn’t work in this place,” Mr. Williams told the Observer, referring to the way that Christian norms clash with liberal realities. He said that one thing that makes Mr. McHargue’s approach unique is the fact that Mr. McHargue lost his faith for a period of time, but now considers himself a Christian.

Mr. McHargue confirmed this element of uncertainty about religion during his speech, saying, “I still think I’m at least half crazy for believing in God to this day.” In a presentation that lasted until 9:00 p.m., Mr. McHargue, who describes himself today as a “Christian mystic” and describes his previous self as a “Southern Baptist/atheist,” dove into his passion for the intersection of religion and science.

A good portion of Mr. McHargue’s presentation, which included slides to back up his claims with diagrams and facts, dealt with sexual topics.

He said that after a particular podcast that focused on pornography he feared messages landing in his inbox from conservatives saying, “Stop talking about sex!”

“I’m a Christian, but I’m not anti-masturbation,” he said when explaining what he considers the benefits of the practice.

He delved into his ideas about depression in LGBTQ communities, drug and alcohol addictions, purity culture and adultery. By way of a Biblical story, he told the audience that there is a propensity to focus on peoples’ sins but that no one is innocent, and he shared that the “better parts of Christian America” embrace forgiveness.

Mr. McHargue expressed his opinion that it is unethical to assume that all people are the same, and he drove this point home toward the end of his talk, saying, “Maybe Christianity works best as a way to love people better, as opposed to telling them they’re going to hell.”

Mr. McHargue lives in Tallahassee, Fla. He has achieved fame among an eclectic group of supporters because of his blog and podcast presence. His weekly podcast, “Ask Science Mike,” entertains the questions of how Christianity responds to modern-day society, and he managed to touch on many of these subjects during his talk. 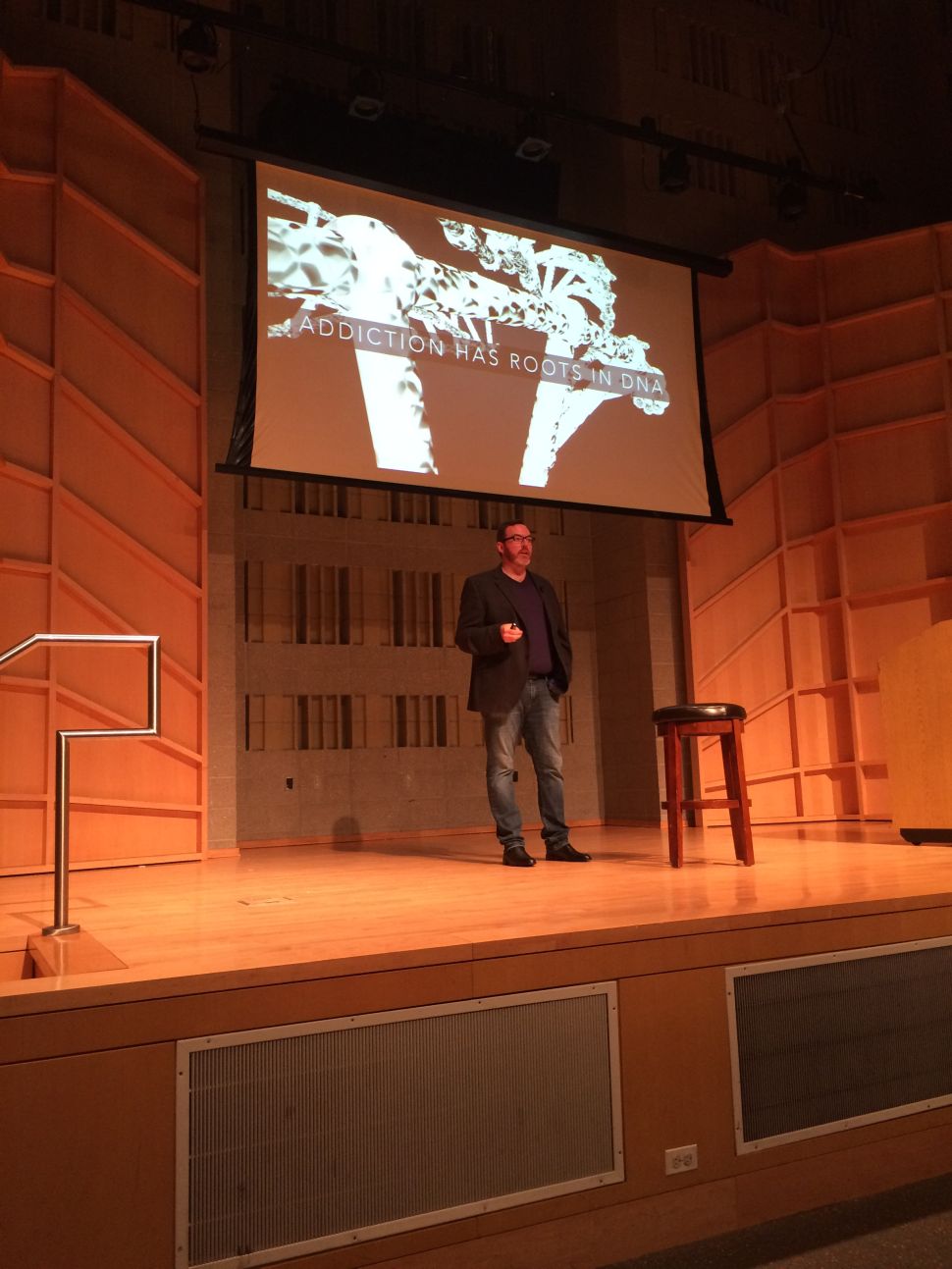