“They’ve gone from 7,000 rooms booked to 97,000 because of this facility,” said Sweeney. These are things we talk about: diversifying the economy, creating they types of infrastructure to bring these conventions in. This is a really good day. You know, you’ve heard a lot of bad news about Atlantic City but you’re going to start hearing good news. This is just the start.”

Sweeney had harsh words for Governor Christie, who described the Democratically controlled senate as “crazy” during Wednesday night’s GOP debate.

Whelan joined in Sweeney’s skepticism about what they both characterized as the governor’s self-imposed outsider status.

“As one of the handful of Democrats who voted for pension reform, he was telling us that he was someone we could work with across the aisle,” said Whelan. “Now that he’s running for president he wants to bash us. I’m not sure how productive that is, but if that’s what he wants to do that speaks to his character.”

“I think it’s a significant step. Hopefully one of many,” said Whelan of the new convention space.

Whelan said he hopes Harrah’s progress signals the beginning of more cooperation between the parties and between the city and county, adding that he sees the PILOT bill as a necessary step for the city to have adequate tax funds on hands for similar tangible steps toward a more diverse economy.

“Unless you stabilize taxes you don’t get investment,” he said. If we don’t have it, it is an impediment.”

“There’s a lot of thought that went into it,” said Guardian of the PILOT program. “I certainly am so grateful to the senators and assemblymen from South Jersey, from Central Jersey and form North Jersey to vote on them to help Atlantic City because they want to see us grow and be healthy. And we want to be healthy too, we want to send taxes to Trenton to help the entire state, we’re not against any of that. We’re a wounded cow, not a dead cow.”

“I’ve got to see what the governor’s going to do,” he added.

On the potential of the conference center and others like it to draw new visitors in and cement Atlantic City’s place as a family resort destination rather than simply the East Coast’s former gambling mecca, Guardian said that the city is well situated to take full advantage of its proximity to the Northeast’s most populous areas.

“We know within a four-hour drive we’ve got 40 million people and we’re only tapping 1% of it to come down for a conference center,” he said.

Assemblyman Vince Mazzeo (D-2) was also at the opening ceremony, but his Republican rival Assemblyman Chris Brown was notably absent. Between Whelan, Mazzeo and Guardian, the foremost proponents of the PILOT program were all on one stage this afternoon. Brown has been a vocal opponent of the legislation. 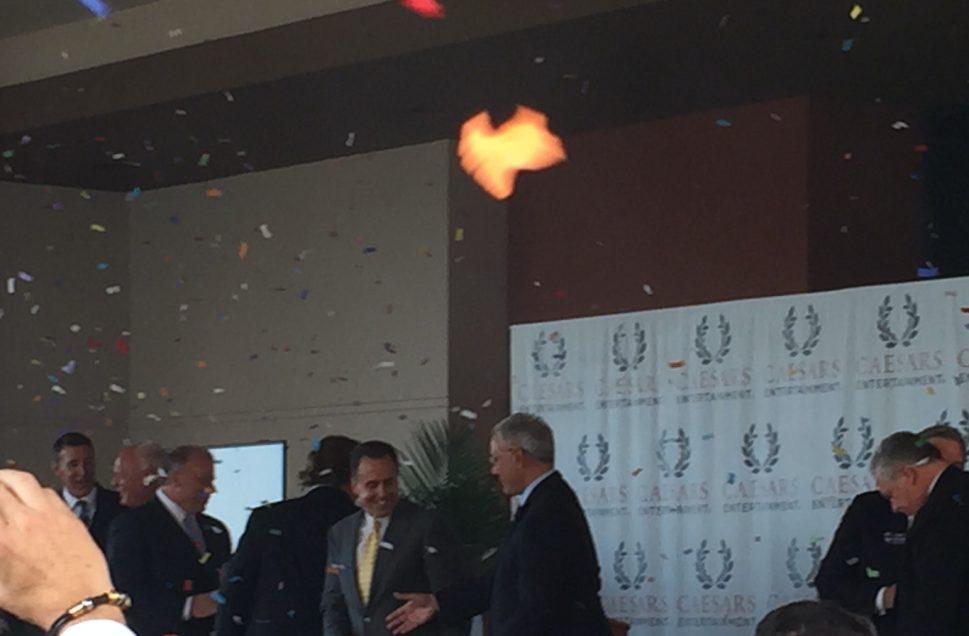