In honor of Yogi Berra, the Hall of Fame New York Yankees catcher who died Tuesday, Mayor Bill de Blasio has directed all city flags to fly at half-staff until tomorrow, his office announced this afternoon.

Berra, 90, won 10 World Series rings as a player and is regarded as one of the greatest to ever play his position. In addition to stints as manager of the New York Mets and Yankees, Berra was a World War II veteran who fought in the D-Day invasion. Beyond his playing career, Berra, a St. Louis native, was something of a cultural icon, known for his famous malapropisms like “it ain’t over til it’s over.”

Speaking at an unrelated event in the Bronx today, Mr. de Blasio–an ardent baseball fan of Berra’s rival, the Boston Red Sox–paid tribute to the ballplayer.

“[He was] one of the people who defined life in this city and we all looked up to Yogi and we all felt a personal sense of connection,” Mr. de Blasio said, calling the Yankee “extraordinary.” “I think what was so enduring about him was the warmth and the wit and the humanity and yes, the foibles.”

Mr. de Blasio said his favorite saying of Berra’s was that “90 percent of this game is half mental.”

“I think that it could be said in public life as well,” Mr. de Blasio said, laughing. 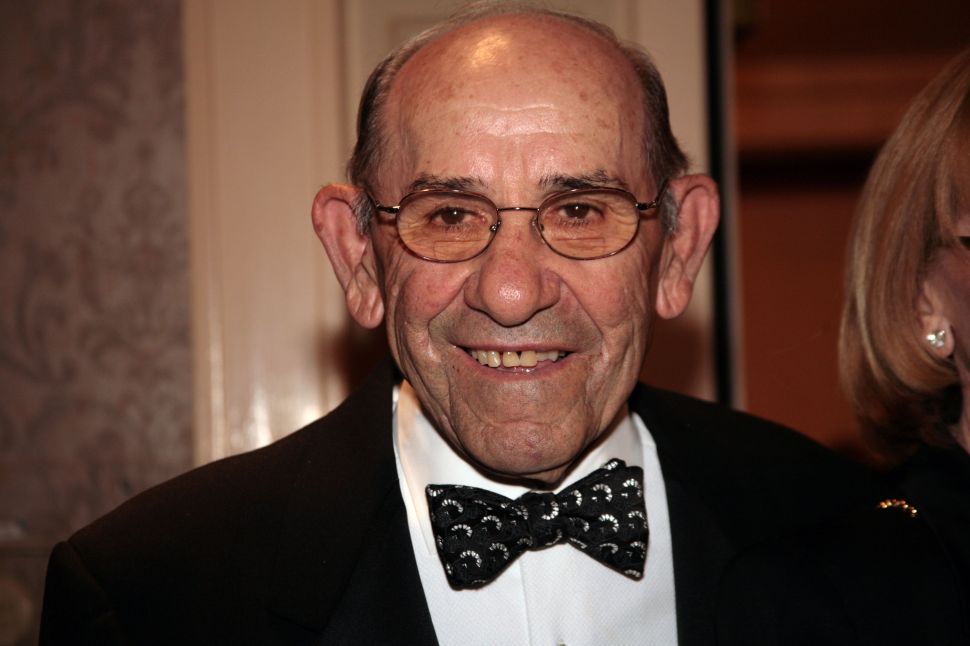