Kim Davis, the Kentucky county clerk who was jailed after defying a U.S. Federal Court order requiring that she issue marriage licenses to same-sex couples, has been dominating the news cycle. There have been countless updates on the saga, most recently about her being deemed a “hero” by fellow homophobic right-wingers.

The absolute best piece of literature on the subject, though, is a Facebook status posted by comedian and podcaster Joe Rogan, in which he describes the reaction aliens would have if the first thing they were to see upon coming to Earth was Ms. Davis “screaming into a voice amplifier that the invisible man who created everything doesn’t allow two men to sign a love contract.”

Mr. Rogan posted the entertaining yet serious post on Facebook only three hours ago, and already it’s been shared more than 3,300 times and has seen almost 10,000 likes. Here is the post:

To no surprise, the post has been controversial as well. Nearly 2,000 comments about Ms. Davis’ (and everyone else’s) right to carry and enforce her beliefs have appeared on the post. 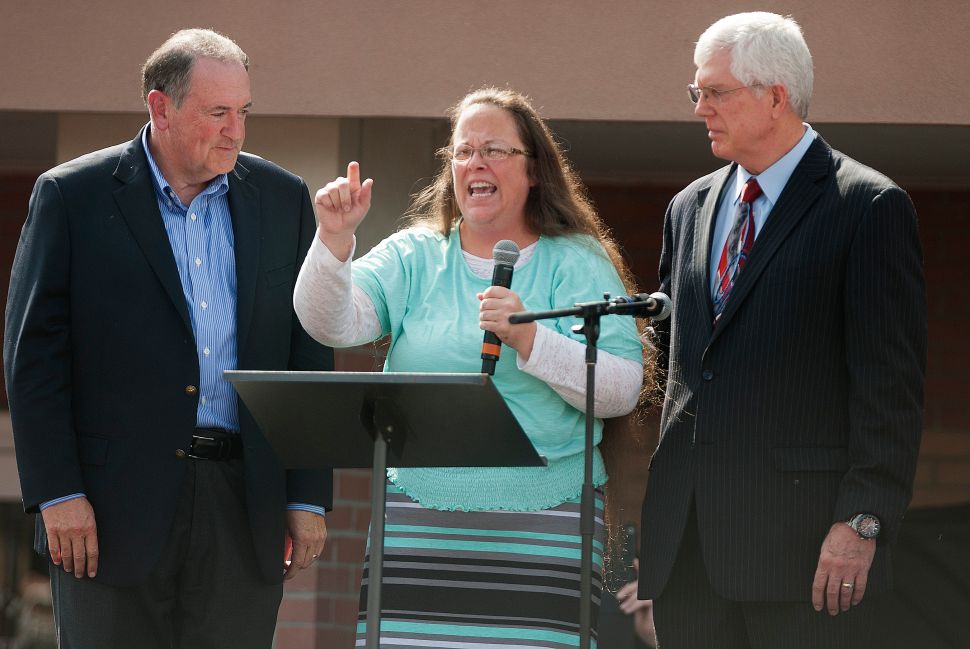