Gong Li is the Bette Davis of China. She can be glamorous and wretched, innocent and worldly, beautiful and plain, sweet and savage, old and young—whatever the traffic bears, and never at the expense of her material. Zhang Yimou is the most important and influential modern Chinese director, and the man who made Gong Li his muse in such timeless classics as Red Sorghum and Raise the Red Lantern. Any new collaboration between this dynamic duo is worthy of attention, and their latest, the passionate melodrama Coming Home, is worthy of even more. It’s a cause for rejoicing.

Not to be confused with Hal Ashby’s 1978 drama of the same name that won Oscars for Jane Fonda and Jon Voight, this Coming Home is about a family torn apart by the violent Cultural Revolution in the 1970s, a teenage daughter’s selfish ambition and a wife and mother who loses her professor husband first to the Red Guards, then to her own failing memory as Alzheimer’s sets in after decades of devotion and self-sacrifice.

Informed by subtlety and depth, the melodrama in Coming Home spills over into passion with so much force that to deal with its emotional impact, an economy pack of Kleenex won’t do. Gong Li is fabulous as Feng Wanyu, a teacher whose husband, Lu Yanshi (Chen Daoming), is a right-wing dissident the Communist authorities arrest and send to political prison for “re-education,” leaving his wife to fend for herself and their only daughter, a spoiled ballet student named Dandan (an outstanding performance by newcomer Zhang Huiwe). After 10 years behind bars, Lu escapes and returns to a family stripped of every comfort and conflicted by revolutionary dogma. When the daughter is offered any role of her choice in the ballet if she will betray her father and turn him in, she does what she has been brainwashed to do.

The tragedy that results is heartbreaking, dividing relatives and friends while the mother dedicates her life to waiting. In the decades that follow, the daughter ends up a more sympathetic character, all dreams of being a dancer dashed, working in a textile mill, and overcome with guilt, while her mother wastes her life suffering from loneliness and despair. But after the Cultural Revolution ends, when Feng at last finds a way to bring her family back home after 20 years of separation, she has lost such a big part of her long-term memory that she no longer remembers them. The emotional jolt of the final scene is shattering.

The on-screen union between the director and his favorite actress and off-screen life partner has always been magical, but age and experience has only enhanced the alchemy. Gong Li is required to age considerably, but she meets the demands of a huge role with nuance and understated passion. The scene in which she waits for the prisoners returning from prison at the train station in a wheel chair, while the snow falls, engulfing the screen in a soft, paralyzing whiteness, is an image not easily forgotten. Elegant and wrenching, Coming Home is a quiet, haunting masterpiece. 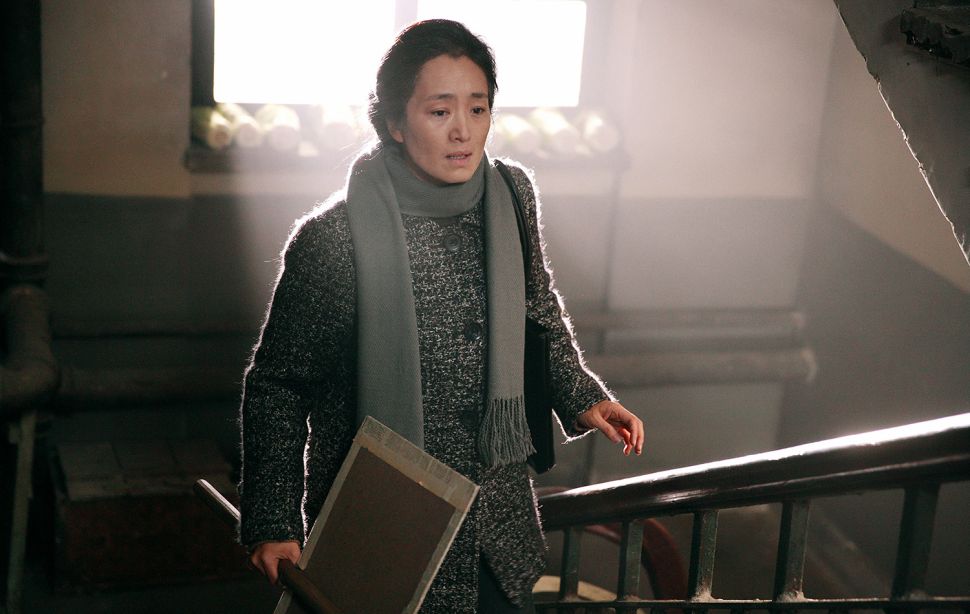