The Cooper Union for the Advancement of Science and Art, the 150-year-old school that offered students free tuition until 2013, reached a settlement with a group of alumni who sued to have the free tuition provision restored. And while the settlement will not require the school to stop charging for attendance it does mandate that an independent financial monitor be appointed to track the school’s finances.

The agreement was brokered by the New York State Attorney General Eric Schneiderman but must still be approved by a judge.

The suit, by the alumni group the Committee to Save Cooper Union, said the school’s decision to charge tuition violated its charter and alleged that university officials had mismanaged funds. The school fell into financial turmoil following the collapse of Lehman Bros. in 2008, losing about $35 million. The costs of the fancy new building (above) completed in 2009 surely did not help stem the losses.

The new monitor will oversee the “day-to-day” fiscal activities of the school.

And the settlement leaves the door ajar for the return of free tuition at the highly selective arts, architecture and engineering university.

“We’ll continue to monitor the school’s progress to make sure it’s on a path to long-term sustainability–and, I hope, free tuition,” Mr. Schneiderman told the New York Times. 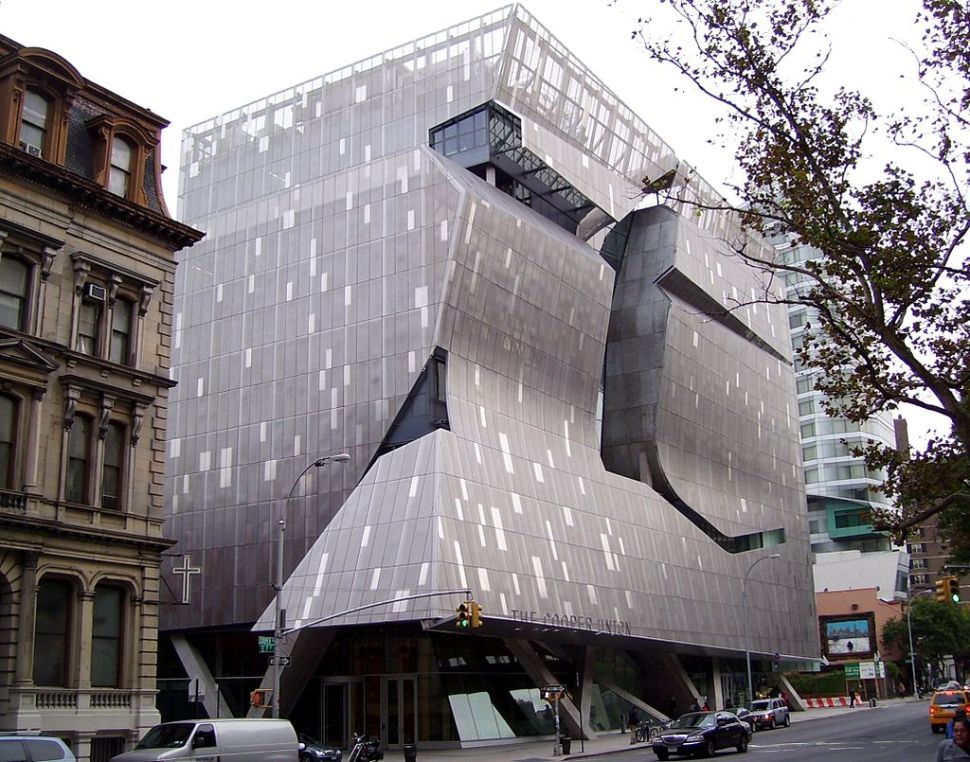