Powerful and haunting, Labyrinth of Lies turns over a rock and watches the vermin crawl out in a disturbing and rarely talked about footnote to German (and world) history. The rock is Germany’s massive effort to forget the past under National Socialism and move on. The rats are the former Nazis who, after the war, found acceptance and protection in comfortable positions of importance in the German government at a time when the country was on its way to reconstruction and cultural renaissance. The movie centers on the handful of brave men and women who dedicated themselves to an uncompromising search for the truth in the investigation that led to the Auschwitz trials from 1963 to 1965 in which Germans prosecuted Germans at last. It’s one of the most important and revelatory films of the year.

Alexander Fehling, the Paul Newman of German cinema today, plays Johann Radmann (a composite of three actual German prosecutors in the trials). The year is 1958, everyone wants to forget what happened in the war, Hitler’s bunker in East Berlin is a mound of dirt, and the Third Reich is just the stuff of Hollywood movies. Radmann was only a child during the war, and now he is on the bottom rung of the ladder in his new job in the Frankfurt prosecutor’s office. Ambitious and anxious for more interesting assignments than traffic violations, his curiosity is aroused when a crusading journalist reports that a respected schoolteacher has been recognized and identified by a survivor of the Auschwitz concentration camp as the former guard who brutalized him. A new postwar generation that never heard of Auschwitz shows no interest in pursuing the case. Some old-timers even insist the Holocaust was nothing more than American propaganda. But when Radmann is promoted to head an investigation into the current whereabouts of unpunished Nazi executioners, his job becomes an obsession.

When the authorities stall, he orders every phone book in Germany and starts looking up the names of 8,000 Nazi war criminals himself. The mammoth hurdle he faces to prove how the German government turned a blind eye to Nazi atrocities builds to pulsating suspense, as the impact of what Radmann learns from U.S. archives, eyewitness accounts and the testimony of his own father spreads wide enough to include his business associates, his girlfriend and even his family. Driven by the guilt and shame his country ignored, he has nightmares, drinks too much and succumbs to a personality crisis he cannot resolve. The outcome is a 20-month trial that resulted in the conviction of 17 Nazis, none of them repentant or apologetic. That doesn’t seem like a lot considering that 8,000 worked at Auschwitz, but it was a major talking point in the history of justice.

Co-written with courage and conviction by Elisabeth Bartel and the film’s director, Giulio Ricciarelli, Labyrinth of Lies masterfully collates years of meticulously researched facts without ever seeming academic. It deals with seminal issues in cinematic terms that keep the audience spellbound without sensationalism. The actors are perfect, especially the dynamic Mr. Fehling. The result is a fine, probing and immensely responsible work with direction, editing and sound cues that are both precise and mysterious, making every note in an exceptionally well-made film something to savor. 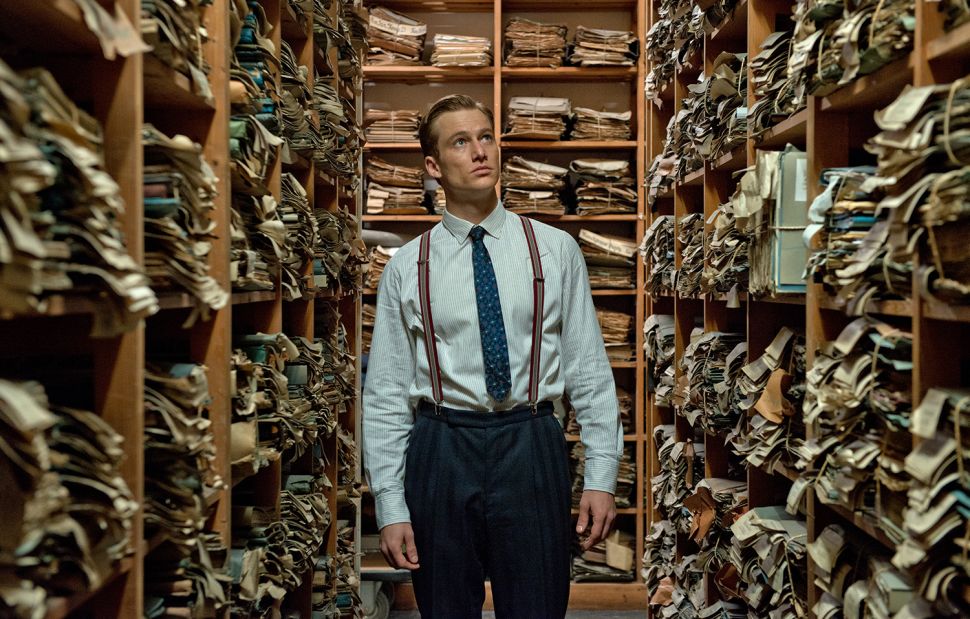