The media claims so. Pundits say that cops and prosecutors won’t support a Biden presidential candidacy because he’s for criminal justice reform and that Trump’s policies against illegal immigration and gangs and violent crime limit his support. The fear-mongering media’s efforts to derail criminal justice reform rest on the erroneous premise that this is a “soft on crime” position. That is flat wrong.

The idea is to take more violent criminals off our streets while enabling those who are not violent to be punished in a way that allows them to continue to work, pay taxes, and support their families—instead of rendering them a drain on public resources. The states are doing this already—with great success.

Isn’t this smarter? Better? Of course it is. As a veteran cop and a veteran prosecutor who have worked in law enforcement their entire careers, we know that most cops and most prosecutors serve with honor, work long hours, risk their lives, and try to do everything right. But, as Ninth Circuit Judge Alex Kozinski has said, bad cops and bad prosecutors—those who don’t follow the rules and the law—make the job so much harder for the good ones. Their misconduct diminishes the credibility of all of the good ones.

Law enforcement officers, taxpayers, prosecutors—and anyone else—who oppose criminal justice or prison reform are either ill-informed on the issues or are looking at the situation through the wrong end of the telescope. As United States District Judge Jed S. Rakoff wrote: “The criminal justice system in the United States today bears little relationship to what the Founding Fathers contemplated, what the movies and television portray, or what the average American believes.”

Criminal justice reform is smart and right. It will make our streets safer, the jobs of law enforcement easier, and provide more money for additional officers, training and equipment and for other services in our communities. True reform focuses on every American’s Constitutional rights, making our justice system and prisons humane and safe, efficient and effective.

The realities of the system are far different from the public perceptions or beliefs of people who have not personally experienced it. Before making any judgments on these important issues, we encourage you to read two non-fiction books – our books: From Jailer to Jailed: My Journey from Police and Correction Commissioner to Inmate 84888-054, and Licensed to Lie: Exposing Corruption in the Department of Justice. We’re not saying this to increase book sales; get them at your library. These books reveal shocking realities that we would not have believed had we not seen them ourselves.

Mr. Trump’s positions on illegal immigration and his hard line on violent crime should be respected and considered, but those views should not prevent him or anyone from supporting criminal justice reform. It’s smart business.

We are addressing over-criminalization—imprisoning nonviolent people for small amounts of drugs, catching too many fish, or technical violations of obscure laws or regulations that even lawyers don’t understand. We are talking about requiring proof beyond a reasonable doubt of a significant element of criminal intent for facially innocent conduct. We are talking about even-handedly applying the law to those who break it—not selective prosecutions of the unpopular or targeting people because of who they are or their political views. It is real crime we should be prosecuting.

We need to live within the boundaries of constitutional law. And every American should insist that those who are sworn to uphold the laws don’t break the laws as they enforce or prosecute them. Would any good police officer or prosecutor disagree with us? We would hope not.

Let’s not forget what local, state, and federal law-enforcement agencies’ mission statements, goals and objectives express. Prosecutors are to seek justice—not convictions. For police, it’s about protecting and serving—keeping our communities safe and enforcing the law according to the Constitution.

Today, the federal government is taking ethical, civil, business, and regulatory violations and transforming them into criminal conduct. Who have become the most “high value” targets for those prosecutors? Cops, politicians, CEOs, companies that the administration doesn’t like, and even fishermen and hunters.

That is not justice, and that’s not how it is supposed to be.

For those law enforcement officers, executives, and organizations who think they are opposed to reforms, imagine yourself tomorrow as a target of the federal government. Suddenly, everything you’ve earned and your entire career is taken from you. If you think it cannot happen to you, think again. Look at the trends of prosecutorial overreach, over-criminalization, and the prosecutorial misconduct outlined in our books. If they can do it to Ted Stevens, a sitting United States Senator, and hundreds of others, they can do it to you.

Prosecutors who deliberately hide evidence of innocence, suborn perjury, extort testimony, bludgeon false pleas, or manufacture evidence are violating the law, yet they are rarely held accountable in any way. They have absolute immunity from suit even for their intentional wrongs. The absolute immunity of prosecutors should be abolished, and as the Ninth Circuit once suggested, perjury prosecutions should be brought against prosecutors who violate their oath and the law.

Donald Trump himself has been the target of an overzealous New York State Attorney General. AIG’s Hank Greenberg, Ken Langone, the founder and chairman of Home Depot, Dick Grasso, the former Chairman of the New York Stock Exchange, and so many others have been targets of relentless and wrongful prosecutions. Venerable accounting firm Arthur Andersen LLP and its 85,000 jobs were destroyed—the wrongful conviction reversed later by the Supreme Court nine to nothing.

No one can make up for the anxiety, stress, and expense that wrongful prosecutions create. Nor does anyone hold these prosecutors accountable. Imagine the toll it takes or Americans who don’t have the resources to fight such abuses. They are personally and professionally annihilated regardless of the validity of the prosecution.

The Innocence Project has, for decades, been fighting for and obtaining the release of innocent people from prison. Many of them spent decades behind bars for crimes they did not commit—usually while the real criminals were on the streets committing additional crimes.

In a free and democratic nation, there is no crime worse than a government’s tyranny. The abuse of the extraordinary power of federal prosecutors to wrongfully and intentionally deprive citizens of their liberty, freedom, and their very lives for political and personal gain is happening daily. It must stop.

To borrow a line from the old movie Billy Jack: “When policemen [and prosecutors] break the law, then there isn’t any law.”

Judge Kozinski, one of the most highly regarded, brilliant, and experienced judges in the country, has been sounding the alarm on these issues across the country. He penned the preface to the Georgetown Law Journal Annual Review of Criminal Procedure, in which he identified numerous myths in our criminal justice system and proposed a number of solutions. Judge Rakoff also has expressed grave concerns, recognizing that the force of the federal government brought to bear against the individual is so great that even the “innocent plead guilty.”

Undoubtedly we should lock up the bad guys and make sure the bad people who do bad things pay for their crimes. However, the punishment needs to fit the crime—and we need to be smarter in the way we deal with all of it.

Every taxpayer and public servant should support the economic benefits to law enforcement and citizens in general by fairer, smarter, more efficient and effective law enforcement.

Texas, Ohio, and many other states prove that criminal justice reform works. This is too important to our nation as a whole and our humanity in general to let media pundits, special interest lobbyists, the massive prison industry, and fear-mongering media to derail the significant bi-partisan progress that’s already been made for criminal justice reform.

Americans should demand that their lawmakers in Congress legislate criminal justice reform. The time to act is now. Enough with the talk.

Bernard Kerik, the former New York City Correction and Police Commissioner, is Chairman & Founder of the American Coalition for Criminal Justice Reform (accjr.org). His most recent book is From Jailer to Jailed. 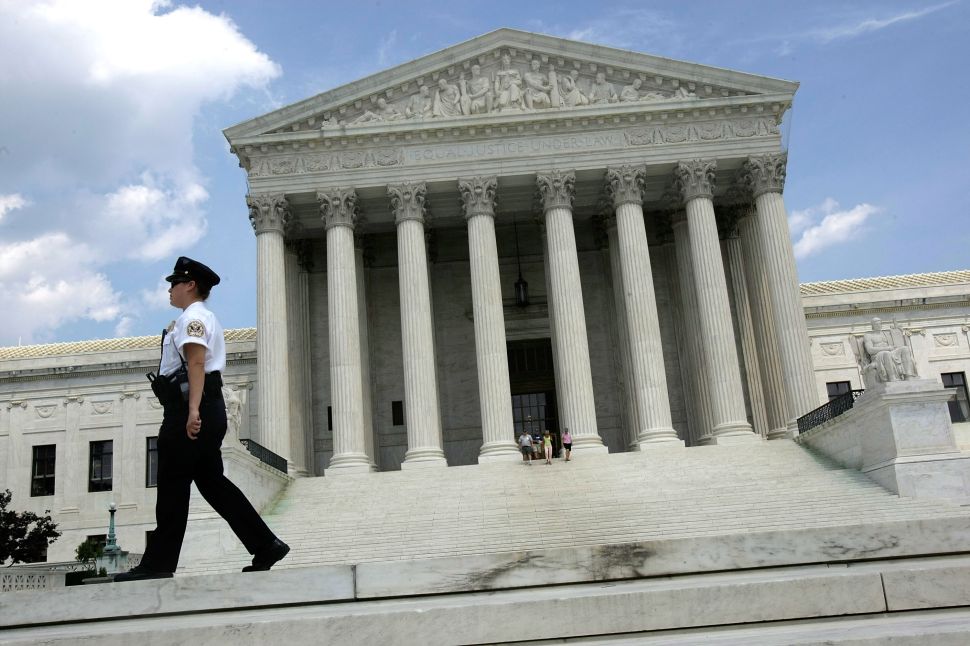