Following Assemblyman Sam Fiocchi’s (R-1) claim that he was denied entry to Tuesday’s meeting of the Cumberland County Board of Chosen Freeholders on political grounds, Freeholder Director Joe Derella says that he is “appalled” at the accusation.

“I actually saw him after the meeting. He did not say a word to me,” said Derella.

Freeholders and attendees had expected for a motion to be put forward to repeal the board’s decision to recommend driver’s licenses for the undocumented, a resolution that Fiocchi has voiced opposition to in his reelection campaign alongside Cumberland County Freeholder Jim Sauro.

“Assemblyman Fiocchi arrived at the administrative building at approximately ten after five, the same time I did. He was actually in the meeting room at approximately five thirty, then stepped outside.

“Never, never, in my three years as a director have I ever denied anyone the opportunity to speak, ever” said Derella.

“I don’t want to speculate but I’m just very upset that a former freeholder that I served with that is actually a friend would take this kind of angle and try to point the finger,” he added.

Derella went on to say that Fiocchi’s aides, and Sauro himself, had ample opportunity to ask that Fiocchi be admitted back into the room across the security threshold to speak.

“Other freeholders have done that when other legislators have been in the building, or went outside to take a call. All he needed to do was come inside.”

Asked about the change of venue from the Cumberland County Courthouse to the much smaller Cumberland County Administration building, Derella said that the choice was the result of strain on the county’s budget cuts and not a political choice. The meetings have been held at the new location since last spring, when the previous administrative building was sold.

“Last evening we passed a resolution to add a second egress, which will double the seating capacity in the building,” said Derella.

“[In] a county of 157,000 residents, the Freeholders moved their public meetings to a room at the new Administrative Building in downtown Bridgeton that only accommodates 35-40 members of the public, plus Freeholders and staff,” said the FIocchi-Sauro campaign in a release Wednesday.

The meeting came and went Tuesday night with many Spanish-speaking residents camped outside the meeting, but no motion to revisit the board’s decision on its recommendation to the legislature. 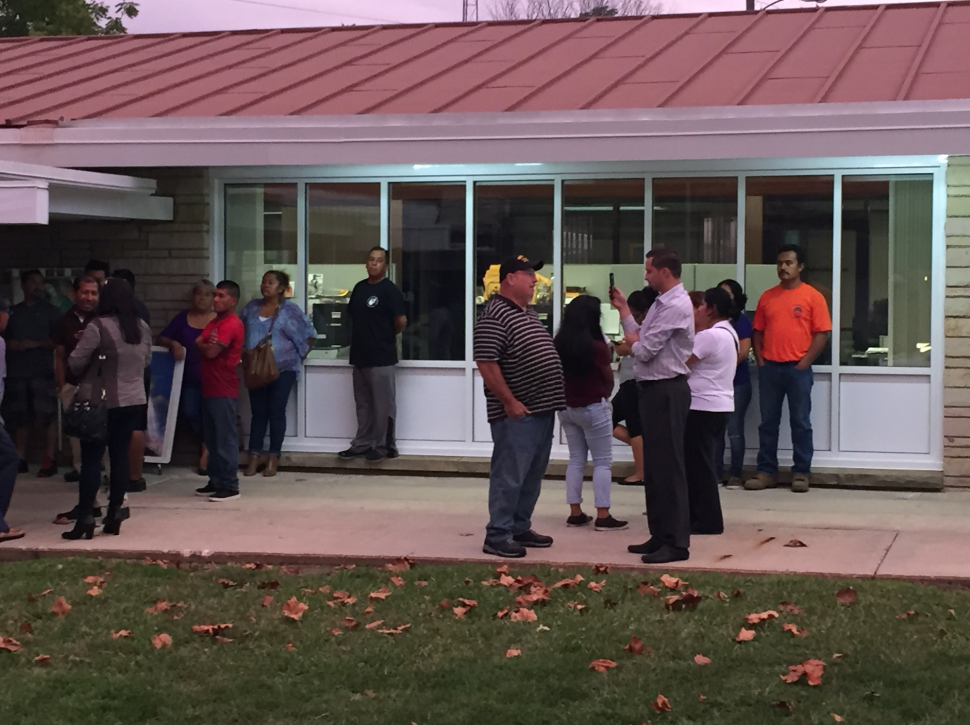