Gov. Andrew Cuomo may have already endorsed former Secretary of State Hillary Clinton’s presidential bid, but he had nothing but kind words for another Democrat rumored to be considering a run—Vice President Joseph Biden.

“If he did run, I think all Democrats would be in a bind, because they’d have a choice of a number of good candidates,” Mr. Cuomo said when asked if a Biden campaign would put him in a tough spot. “But that’s a good situation to be in, right?”

Mr. Cuomo, once himself said to be a presidential contender, didn’t quite say he would reconsider his endorsement of Ms. Clinton, which he offered almost immediately after she announced her campaign. (That’s in sharp contrast to Mayor Bill de Blasio, who still has not made an endorsement in the race while awaits further progressive “vision” from Ms. Clinton). But the governor did heap praise on Mr. Biden, who held an event with Mr. Cuomo just a few weeks ago to announce the rebuilding of LaGuardia Airport, which Mr. Biden once compared to a third-world country.

“I have a very good personal relationship with he vice president. I’ve known him for many, many years. We’ve done a lot of good things together,” Mr. Cuomo said.

Speculation around whether Mr. Biden will launch a campaign has been growing steadily in recent weeks, as Ms. Clinton has seen Senator Bernie Sanders close in on her in some polls and has struggled to deal with a scandal involving her use of a personal e-mail server at the State Department. The speculation only grew with Mr. Biden’s trip to Florida, a key presidential state, today and word that he’d attend a Labor Day event in Ohio, another swing state, with the president of the AFL-CIO.

Mr. Cuomo said considering Mr. Biden’s position, “I think it’s obvious that he would be considering it.” But he had no insight into what decision Mr. Biden would make, Mr. Cuomo said, recalling his own father’s well-documented vacillations about whether to seek the country’s highest office.

“That’s a decision that nobody else can really advise you on,” Mr. Cuomo said. “I went thorough this with my father, you know, and even as his son, we could talk about it—but it is a personal decision, because you have to want to do this with all your heart and soul. And you have to believe that you bring a value-added to the debate and to the job. That is essential, because it’s hard.”

The buzz around the vice president comes just months after Mr. Biden’s son, Beau Biden, Delaware’s former attorney general, died of a brain tumor. Reports have indicated Mr. Biden’s son had wanted his father to run for the presidency again. Mr. Cuomo, who said he worked with Beau Biden when both were attorneys general, called him a “beautiful human being” and said Mr. Biden must work through a “very difficult, personal situation.”

“He has to deal with that, also. And these are personal decisions,” Mr. Cuomo said. “And whatever decision he arrives at, I respect.”

The pair may have an opportunity to discuss the presidential race soon—Mr. Cuomo said he expected the vice president to return to New York for another event with the governor in a few weeks. 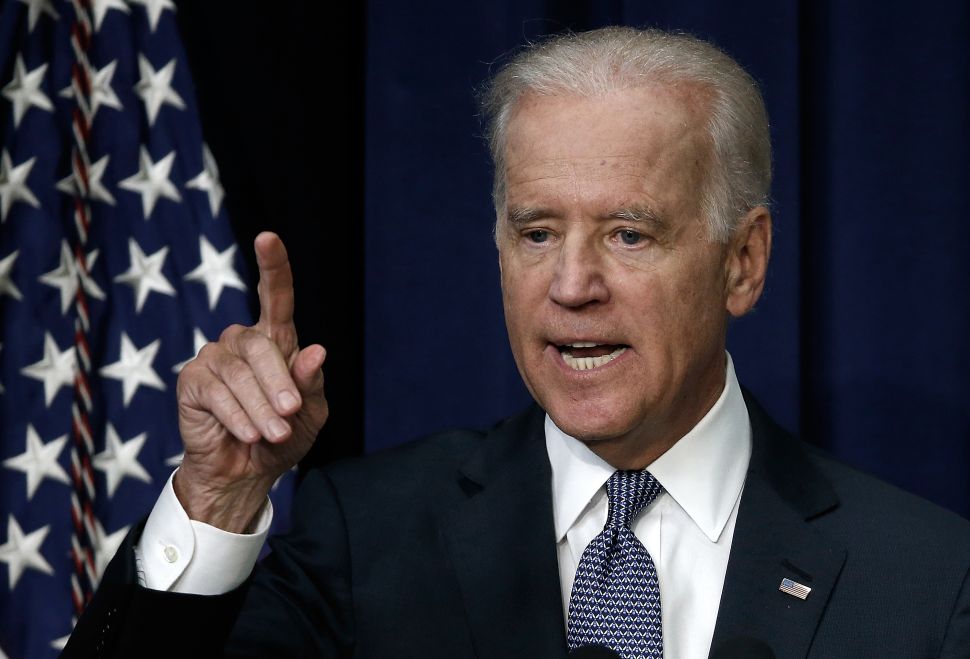