Update: An earlier version of this article stated that Daily News political columnist Juan Gonzalez had been laid off from the newspaper. This turned out not to be true. We regret the error.

The New York Daily News began another round of layoffs yesterday, and this time some of the paper’s most high profile writers were reportedly on the chopping block.

Mike Lupica, a news and sports columnist at the Daily News since 1977 (aside from brief stints at Newsday and National Sports Daily), is the most recognizable name on the layoff list. Mr. Lupica reportedly could not come to terms with management on a new contract, although he told CNN that negotiations are ongoing.

Most of the Daily News sports department was issued pink slips yesterday along with Mr. Lupica. Sports editor Teri Thompson is on her way out, as are columnists Bill Madden, Filip Bondy and Hank Gola, among others.

Other sections of the paper were affected as well.

Several writers took to Twitter to break the news of their pink slips:

Just got laid off from a job for the first time since I was 17 years old. That's a pretty good run…

After 22 yrs at the NYDN, I have been let go. Will survive but will dearly miss my pals. And I was off to such a hot start with my picks.

Sad to report that today is my last day with the Daily News. It's been a great 10 years and I work with great people.

This large number of high-profile layoffs is sadly not that surprising, given that the Daily News has been in dire financial straits for months—owner Mortimer B. Zuckerman’s attempted sale of the paper fell through, and the tabloid is reportedly losing $20 million a year.

The layoff news also comes less than a week after editor in chief Colin Myler announced he would be leaving the paper at the end of the year to spend more time with his family. 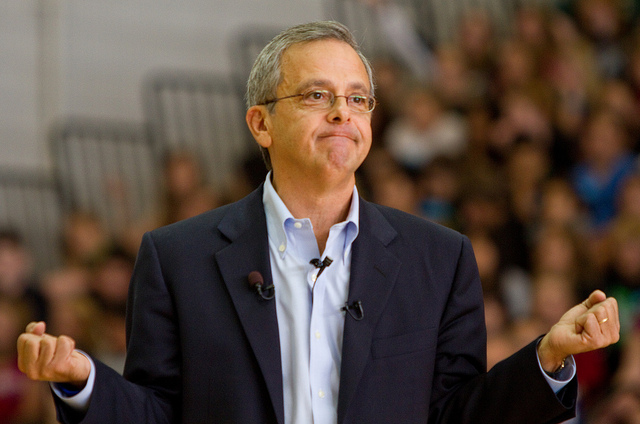